They Never Looked Like Me: an African Yoga Teacher’s Story. 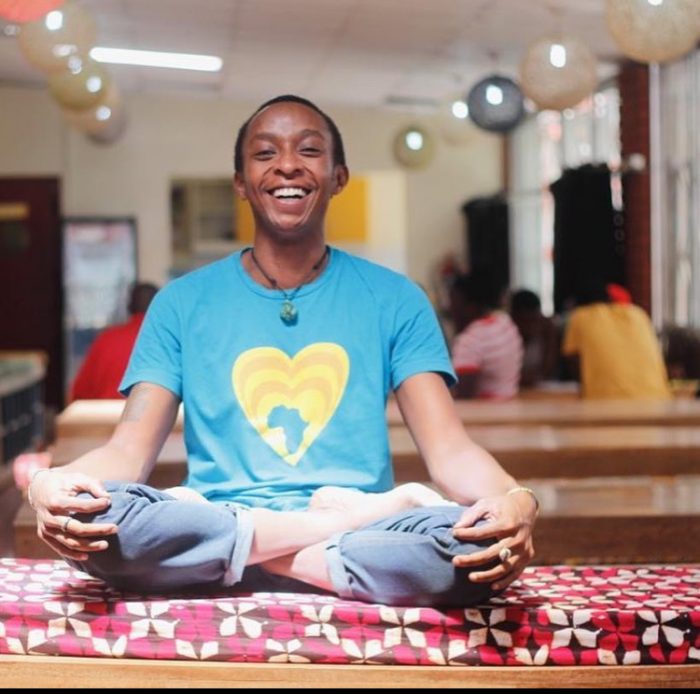 I spent countless hours of my youth watching, analyzing, studying, and imitating this man’s gestures, body language, and overall demeanor.

For the longest time, I thought that it had to do with my desire for a strong father figure in my life. The desire to have with me someone whose very essence embodied everything I believe in and stand for.

Sure enough, this desire was true, but it wasn’t until I got to college that I realised the deeper reason I was a Denzel Washington groupie…it was because he looked like me.

Since childhood, nearly all the images of inspiring individuals and role models in the mainstream media that I was exposed to were white people. No matter how great his accomplishments, Sylvester Stallone could never be a powerful symbol of inspiration for me because he didn’t speak or look like me.

The lack of representation was present in almost every aspect of my life. Growing up, I played with G.I. Joe action figures and watched my sisters play with Barbie Dolls. On-screen, Chuck Norris, Sylvester Stallone, and Arnold Schwarzenegger (which is an absolute tongue twister in my native tongue) were the only macho images that I was bombarded with.

In school, we were taught that foreigners like Vasco Da Gama discovered our land. Even when it came to spirituality, I remember going to church once and asking my grandmother, “If Adam and Eve were white, where did we come from?” I was also baffled to have never seen any angels that looked like me. Only in growing up did I realize that my beloved grandmother’s “Shush! Be quiet,” responses stemmed from the fact that she was equally bombarded with similar images growing up and didn’t know any better.

A huge part of the reason I love Denzel Washington is that I believe he embodies one of my core values: quality over quantity. He does a few great movies rather than many good ones. This value is part of the reason that, early on, I decided to stop pursuing a career in advertising. I wanted to sell things to people that I genuinely believed in and that I was confident were going to help them grow. I wanted to be secure that even if I was getting paid, I was getting paid to make an actual difference in people’s lives and not just to give them more stuff to own.

Then I discovered yoga.

There’s a certain peacefulness to the Eastern teachings that didn’t seem to feature in the dog-eat-dog image of society that I’d seen portrayed and I knew that yoga was the tool I needed.

Imagine my disappointment when I Googled “yoga” and all I saw were images of white instructors and students.

I was heartbroken. Were there no people of color doing yoga? Wasn’t yoga a practice that had its roots in India? Where were these Indians?

As I dove deeper down the rabbit hole, one image stood out for me. Actually, it was an image and a bit of text. There it was, a picture of a person who looked like me practicing yoga, and below the picture were the words “Africa Yoga Project.”

This image already had me hooked at “Africa” and “Yoga,” so I put down my laptop and headed straight to the Africa Yoga Project Shine Center studio at the first opportunity I had. This is where my journey into this powerful practice truly began.

Walking into the studio was such an empowering experience. I saw people who were not only from my community practicing yoga, but teaching it too, and doing so while embracing aspects of our culture and identity that are otherwise shunned in the “professional” world.

There they were, these bright souls beaming with confidence. Yoga instructors with beautiful locks dancing on their hair with every pose (you’d be hard-pressed to find any job in Kenya having dreadlocks.); walking around in shorts, tanks, and all kinds of comfortable clothing; speaking in an accent I know and easily understand; radiating this energy of freedom and full expression.

I knew that this was what I was destined to do. One 200-hour teacher training later as well as countless workshops and I am living my vision through Africa Yoga Project.

As a young African, I realized that it is immensely important to see people who look like you doing the things that you want to do.

In this time of continued injustices against people of color, on the continent and outside of it, it couldn’t be more important to speak up in whatever space you are, especially if you have a platform to reach out to large groups of people.

The yoga space is filled with amazing teachers who look like me but are not being seen.

Their work often goes unnoticed because many people aren’t even aware that they exist. Oftentimes, in my own country, we face rejection when inviting people to yoga because “Hio ni ya wazungu” (That is for white people).

So this is a call to action for all people in the yoga space, to help change the narrative on this continent and beyond it. Find a teacher who is a person of color, support them by attending their class, donate, share their content, make them seen, heard, and felt. Let’s bombard the media with images of people of color doing yoga till Google has no choice but to adapt their algorithm.

These times have really put our yogic practices and principles to the test and I am deeply honored to be a part of an organization that refuses to stay silent.

At Africa Yoga Project, we are amplifying African yogi voices through our content, community, and connection. Every week we come together at our Global Healthy Happy Hour event to practice, raise funds to help support relief activity for COVID-19 affected families in our teacher’s communities, and to create yoga content from the teachers in these various communities.

I invite you to join us not just in this event, but in this mission of speaking up using what we know best: yoga.

This is not merely for the sake of speaking up and being heard, but for every little boy and girl who wants to be in the space but doesn’t have anyone who looks like them who they can look up to.

We are grateful for any show of support and it really goes a long way in raising the voices of young African yogis like myself.

It also greatly increases the chances of us reaching other young men and women of color and letting them know that they are not alone.

We’re all in the same storm, just different boats.

Get a ticket to our weekly Global Healthy Happy Hour event happening every Friday at 5 p.m. EST, or donate here. 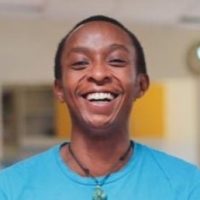