Yoga: How White People can Respect what was Never Theirs to Begin With.

People might tell you that yoga is “one size fits all,” but the slew of advertising, the margin of white yoga teachers at most studios, and the plain cultural appropriation of yoga clearly presents a different picture.

If you were to pick up a magazine like Yoga Journal or you wanted to shop for yoga clothing for your practice, or wanted to take a class in your local community—it is likely that the only representation you will see are the faces of slender white people.

How comfortable is someone expected to feel about practicing with others if every class or every ounce of representation of yoga is made to look like a practice that is purely for white women?

Even when you type the word “yoga” into Google, the only images or faces you are likely to see are of all white people.

Many yoga practitioners flock to Instagram to purchase their yoga clothing and accessories. It is not uncommon to only see thin white women doing advanced yoga poses on most feeds belonging to these companies who claim to represent the yoga community—while only including the occasional token person of color.

This is evidenced below.

When Shelby, an African American private yoga instructor was asked by ​Prana​, a yoga clothing company, to purchase their clothing using a “special discount,” she replied by saying: “I’d be happy to, once you all start featuring me and other women of color on your page.”

On a post from her Instagram feed, she tells Prana that they can come back to her “when they start realizing yoga isn’t just a rich white women’s sport. Until then, stay out of my inbox.”

We have come to associate yoga with slender, white, upper-class women.

Moreover, we are preventing other studios from being able to provide places for women and men of color to feel comfortable in their practice.

This was shown in October of 2015, when Laura Humpf, who owned an 8 Limbs studio in Seattle, Washington, made the space available for five queer people of color. She then decided to provide a class once a week for “lesbian, bisexual, gay, queer and trans-friendly/affirming,” and “identified people of color,” while asking that “white people, allies, and friends, respectfully not come to this class.”

It was soon after word got out that the staff of the studio, including the students of the POC yoga, received threats of violence and no longer felt safe coming to the studio.

The studio even temporarily closed and the owner went into hiding.

There were outcries pouring in from white Americans who claimed POC yoga was racist to white people.

As history has shown us, people will claim “reverse racism” even though the notion in itself doesn’t exist—at least not for BIPOC (Black, Indigenous, People of Color).

“Racism describes a system of disadvantage based on race. Black people can’t be racists, since we don’t benefit from such a system.” ~ “Dear White People,” 2014

When almost every class you go to is led by a white woman, and every student you see in class is white, it can be intimidating to want to show up for a practice that doesn’t value people of color.

Especially when we hear stories like Jackie’s, an Afro-Latina and yoga teacher residing in Englewood, New Jersey:

“I started going there [as a student] from the beginning when they first opened. I told them that I was a teacher, and that if they needed teachers, I was available. Of course they gave me the ‘yeah, we’ll let you know,’ but they never even gave me the chance. I kept going there for two years, solely because there weren’t any hot yoga spots near my house. I took classes in the morning, at midday, and at night—never once seeing a teacher of color. They were all white.”

When Jackie approached a hot yoga studio in New Jersey with questions about lack of​ ​inclusivity​, she was immediately banned from the studio.

When an opportunity arises to provide ​inclusion​ in the yoga community, priority should be given to allow POC a comfortable space to practice yoga.

Something similar happened to Andrea, a yoga instructor who created a “Healing Yoga Retreat for Women of Color.” The retreat lasted 10 days and guests enjoyed yoga, meditation, and vegan food.

This was all on the premise that there would be no white people at the retreat.

The event received backlash on Twitter when one ​Twitter account user​ told their followers that “Segregation is back! White People should sue,” and ​another account​ wrote: “They should leave us permanently and never have to put up with us again.”

Another woman of color, Indian meditation master and yogi Savitri, experienced racism when she attended a Seattle ​North West Yoga Conference​ in February of this year.

She went to accept an award on behalf of her husband and was kicked out of the conference about five minutes into her speech, for supposedly going over the time allotted for her to speak while she was lecturing about female empowerment.

All other luminaries had been allotted 10 minutes. You can find that video ​here.​

Savitri was the only Indian woman there at the conference. She and her friend were kicked out, and her booths were removed. In response to the outrage, some sponsors of this year’s Northwest Yoga Conference even pulled their sponsorships, effectively abandoning the conference all together.

These are examples of a yoga community that is supposed to preach ahimsa—the principle of nonviolence toward all living things.

White Americans are whitewashing a culture that isn’t inclusive to people of color, and yet it is one that was brought to Western civilization from India, by Swami Vivekananda.

The question remains, why do white people feel that they can do as they please with yoga?

What exactly is the purpose of yoga?

Patañjali, the author of the classical yoga text, The Yoga Sutras, defines yoga as, “complete control over patterns or modifications of the mind.”

In all honesty, can we say that this is what is experienced or observed in yoga studios?

It makes one wonder what is taught in yoga certifications these days. How much of the rich and authentic history of yoga is actually taught? Do yoga teachers leave their certifications knowing the origins, history, and purpose of yoga?

It seems that the answer is no.

I am not Indian by race nor am I a yoga teacher; however, I do consider myself a student of yoga.

I appreciate what yoga brings to my life as a black woman, but I am also concerned about how it’s appropriated by white yoga teachers.

There is a difference between appreciation and appropriation.

The words used to describe appreciation are acknowledgment, recognition, awareness, and understanding. Appropriation is the act of taking something for one’s own use, typically without the owner’s permission.

Recently, I spoke with an Indian woman, and friend of mine, about her concerns regarding the appropriation of yoga by white people. She said:

“The postures do not offend me, it is the blatant disrespect and erasure of its origins. Yoga is one of the six philosophies of Hinduism. I have rarely, if ever heard any white yoga teacher acknowledge yoga’s relation to the Hindu faith. It is as if they are afraid to mention Hinduism as if it’s a dirty word. By no means am I saying that no one should practice yoga—however, they should acknowledge and give respect to my culture for its creation.”

The answer to the question of why white people appropriate yoga is that they know they can without consequence.

White people are the dominant race, and even the most “woke white person” benefits from the privilege of taking from another culture.

Embedded within white history is dictatorship, destruction, and pillage.

Therefore, it happens involuntarily because, upon birth, a white person is born with privilege.

So, how can white people begin to dismantle appropriation and learn to appreciate and respect what is not theirs in the first place?

First, acknowledging and admitting that you, as a white person, have appropriated other cultures.

Appropriating culture for your own benefit is innate and so you must begin the deep work within yourself through study, research, and the unraveling of your white supremacist beliefs.

As yoga teachers, many talk about light and love—yet when they are confronted about their own white privilege, many seem to lose the focus that was intended to draw others into the practice in the first place.

A lot of white yoga teachers become alarmed when they are called out as racists, or guilty of appropriation. You are what you created therefore, it is up to you to dismantle it.

Although racism exists in various degrees, it is still racism, no matter how it appears.

There are plenty of other ways yoga teachers and students can do to help dismantle racism.

Appropriation and racism cannot be eliminated in one day, one week, even in a year or decade.

It is a lifelong continuum of transformation to live in the purpose of yoga, which is one of purity and freedom of spirit. 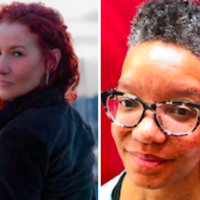