Dear White Yogis, here’s how to join the Race Conversation without being Defensive or Tone Deaf. 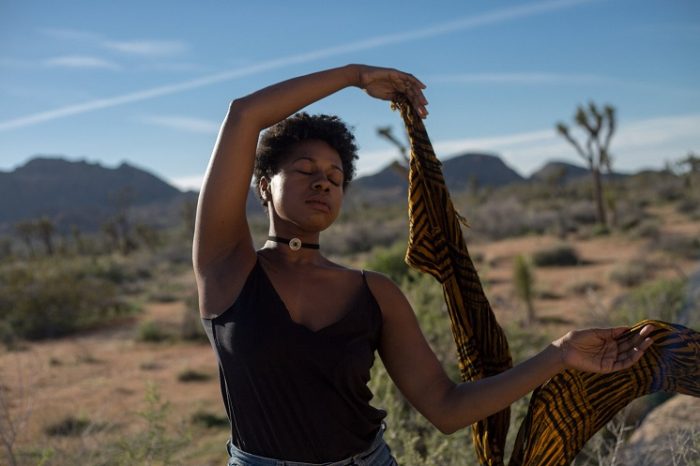 Racism is implicit, systemic, and endemic in American society.

We would like to think that the world of yoga is exempt from the ugly issue of race in America. Sadly, it is not.

As a person of color (POC) who has practiced and taught yoga for more than 40 years, I, like many yogis, have been insulated from the overt issues of racism in the yoga community. But lately, certain comments made by white yogis have given me great pause.

There is no doubt that the deliberately toxic racial divide fostered by the current occupier of the White House is having an effect on even those parts of our lives we felt were not susceptible to such ugliness, i.e. yoga. But just as the problem of racism shouldn’t be ignored in our everyday lives, neither should it be in the yoga community.

I am the only black teacher at the yoga studio where I teach. Virtually 100 percent of my yoga students are white. This is no one’s fault per se—it’s just a fact. The face of yoga in the United States is white—not Indian from its origins and certainly not inclusive of other POC. The first article I wrote for Elephant Journal addressed this issue.

Now before you become defensive and try to whitesplain how wrong I am, take a moment and just sit with this. Be guided by your inner awareness and not your thinking mind, which will undoubtedly provoke a defense.

A few days ago, yoga teacher Crystal McCreary wrote an article called Little Brown Girls & the Whitewashing of Yoga. The article has a powerful message to all yoga teachers about the need to be more aware of the whitewashing of a tradition rooted in the culture of a country of brown people and of the lack of diversity in the practice we all love so much.

McCreary teaches yoga to elementary school children in New York City, but despite the diversity of the city, her students are almost all white. Her article highlights a little Indian girl who had no idea yoga was from India and a little black girl who hugged McCreary tightly and said, “You look like me.”

“Were you to Google yoga right now, the image results are absurd when you note that the word ‘yoga’ actually means union. You would likely see images of skinny white women in contorted physical shapes, dressed in nothing but a bathing suit, expensive ‘athleisure’ clothing, or in some cases, nude.

The mechanism that drives this perception of yoga affects every perception we have. Evidently, even the most sourced and ‘trustworthy’ internet search engines of the world are biased in favor of whiteness and everything white,“ McCreary writes.

I posted McCreary’s article on my own Facebook page and on a yoga teacher’s page, and I was struck by the deafening silence. I am an avid Facebook user and my posts generally garner significant responses in likes and comments. There was one comment on the teacher page and this person said what a “sweet” article it was. Sweet! Really? It was as if she simply chose to ignore the deeper meaning of it.

On Elephant Journal, the first comment posted was from a white, female yoga teacher who found the article “hard to read.” Then she went on a defensive, tone deaf, and racist screed. This is some of what she said:

“We have to ask what are the focuses of lower-minority groups/neighborhoods? What do they glorify in their minds and to their children?…Also, let’s stop seeing color and just start seeing people. Race is just a pigment of the skin.”

For any person reading this who doesn’t see what’s wrong with her comment, you are the reason I’m writing this article. It is simply not appropriate for white people to define how racism is experienced by black people. Ignoring or choosing to remain silent on the issue of racism will not make the problem go away.

Last year, after the white supremacist rally in Charlottesville that left one woman dead, I gave a speech at a solidarity rally the next day calling upon white people to speak out against bigotry. That speech later became an article: White People, the Solution Lies with You.

And recently, a conversation ensued on Doug Keller’s Facebook page that was yet another example of white people deliberately denying or downplaying the experience of POC. Doug, a renowned international yoga teacher, is pointedly political on his page, so he posted a New York Times opinion piece called, Roseanne Barr’s Right to Offend and Our Right to Say No.

The very first comment was from a white woman who said:

When she was roundly opposed for this view by quite a few commenters, myself included, she doubled down and chose to unfriend and block Doug. She insisted that everyone who commented was wrong and that race was not the issue.

In Patanjali’s Yoga Sutras, the second yama of the yamas and niyamas is satya—truthfulness. We don’t get to the truth unless we are willing to deepen our inner awareness and let go of our need to be right. Yogiraj Achala, a disciple of Swami Rama asks the question, “What are you not seeing because you are seeing what you are seeing.”

In her wonderful book, The Yamas and the Niyamas—Exploring Yoga’s Ethical Practice, Deborah Adele writes, “The guideline to truthfulness asks us to update our beliefs and values and views in order to stay current with ourselves and our surroundings.”

So how can white yogis address the issue of race and racism in the larger world and in the yoga community? Think about the fourth niyama: svadhyaya, or self-study. Educate yourself.

Here are some websites and books that can help:

SheTalks WeTalk Race Talks for Women
Undoing Racism—The People’s Institute for Survival and Beyond
So You Want to Talk About Race.
Black Like Me. (a 1961 classic)

What you shouldn’t do is attempt to deny or diminish the lived experience of millions of POC—and don’t ask your black friends to educate you. This is your journey.