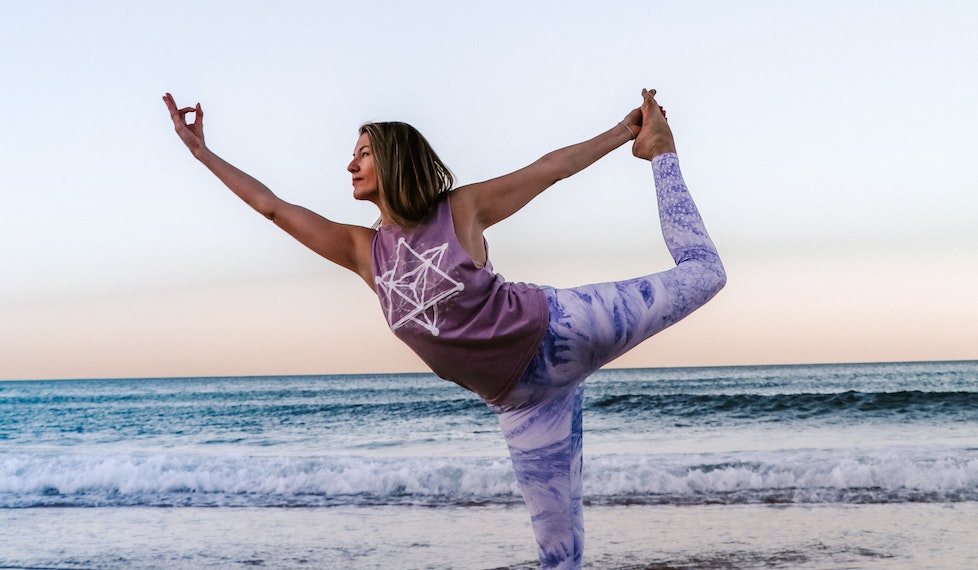 This article is written in partnership with AlgaeCal. They’re dedicated to creating a bone health revolution, and we’re honored to work with them. ~ ed.

I went to Texas last December to spend time with family over the Christmas holiday.

While sitting around my grandparents’ living room, chatting and drinking wine, and enjoying the festivities, my aunt Margaret started to tell us about a new-ish part of her wellness routine.

Margaret is in her mid-50s, wonderful, whip-smart, in better shape and health than most 20-somethings, and a trauma nurse. So, health and diet are common topics of conversation around her—and when she does bring them up, it’s generally a damn good idea to listen.

But this time, she was more insistent and more passionate than usual.

She told us she’d been taking AlgaeCal—a calcium supplement for increased bone density—and was completely converted. She was actually so converted that she wanted the entire family—including my teenage cousins and my 80-something grandparents—to start taking them. She was convinced that we all needed to get on board and take this step for our health.

This all sounded a little over the top. But the truth is, she was right.

Bone Health: What we Don’t Talk About (But Really Should)

Most of us don’t think about our bones or bone health until we absolutely have to. For a lot of us, that “absolutely have to” arrives when we become elderly and suddenly realize that our bones are brittle and nowhere near what they used to be. Sometimes, that means we stop getting on ladders or doing anything that might challenge our balance. Other times—and all too often—we actually do fall or lose our balance, and end up with fractures and breaks of all kinds. As Margaret recently told me, “I’m a trauma nurse, and at least 50 percent of the patients in my unit are hip fractures from falls.”

Fifty. Percent. I almost couldn’t believe that number when she told me.

Hip fractures are bad for obvious reasons—costly, painful, hard to recover from—but they’re also bad because of how risky it can be to end up in the hospital for any reason once we’re past a certain age (according to a 2010 study, “Hip fractures are associated with significant morbidity, mortality, loss of independence, and financial burden”). But we really never think about these risks or health issues until we reach that certain age—and by that point, it’s often just too late.

So, we clearly need to be addressing bone health more frequently and a hell of a lot earlier. But we also need to get clear on one crucial fact: bone density loss is preventable. We don’t have to end up in trauma units with fractured hips. We don’t have to resign ourselves to fragility at old age.

The Science of Bone Density

To start, it’s important to understand what osteopenia and osteoporosis are—and how they’re different. They can both be characterized very simply as “bone loss,” and their difference comes from the degree to which the bone loss has occurred. Osteopenia is essentially the midway point between normal bone density and osteoporosis.

Our bones are always recreating themselves—breaking down old bone and building new bone. And for the first 30-ish years of our life, this process happens quickly and effectively enough that bones remain strong and at a healthy level of bone mass.

Typically, at some point in our 30s, this process starts slowing down. This can happen for a number of reasons, including low testosterone in men, low estrogen in women, smoking, lack of vitamin D, drinking, and a sedentary lifestyle. But one of the biggest factors is multi-nutrient deficiency.

Sure, calcium is the cornerstone of healthy bones. But what most people don’t know is that calcium is only one part of the bone-health puzzle (more on that shortly).

This explains why traditional calcium supplements can help slow down bone loss (losing less than we would otherwise), but don’t increase bone mass. Most people (including myself, until now) don’t even realize that increasing bone mass in our later years is possible.

So what do your bones need besides calcium? Well, there are 12 other bone-supporting minerals. These are magnesium, boron, copper, manganese, silica/silicon, nickel, selenium, strontium, phosphorus, potassium, vanadium, and zinc.

Basically, it’s impossible for calcium to do the job alone. So, supplements that don’t contain those other minerals—or don’t contain them in the right amounts—just don’t give us as many of the bone-helping benefits.

This is where AlgaeCal comes in.

AlgaeCal is made from a kiwi fruit-sized South American marine algae. This rare algae is simply hand-harvested, sun-dried, then milled into a powder. There are no extraction processes or additives used—just pure whole-food calcium and minerals coming from a living plant.

In addition to this all-natural, nutrient powerhouse source of calcium, AlgaeCal contains all of the 12 essential bone-supporting minerals. It also has vitamin C, which acts as an antioxidant and is vital for collagen production; vitamin D, which helps with calcium absorption; and vitamin K2, which activates proteins that assist with calcium distribution in the body. The combination of all of these ingredients is what makes AlgaeCal so unique, beneficial, and effective.

Here’s a little summary of a bone study that was done to test the efficacy of AlgaeCal’s Bone Builder Pack and AlgaeCal’s calcium supplement (AlgaeCal Plus), along with their Strontium Boost supplement (an extra helping of bone-supporting strontium):

A two percent increase in bone density—in just six months—is practically unheard of. We can, and should, start giving our bones this help as young as we can.

But, if you’re like me, you get a little skeptical when supplement companies claim grand results for their customers. So, don’t take it from AlgaeCal—or even from me. Take it from my wonderful, whip-smart, healthcare professional aunt. 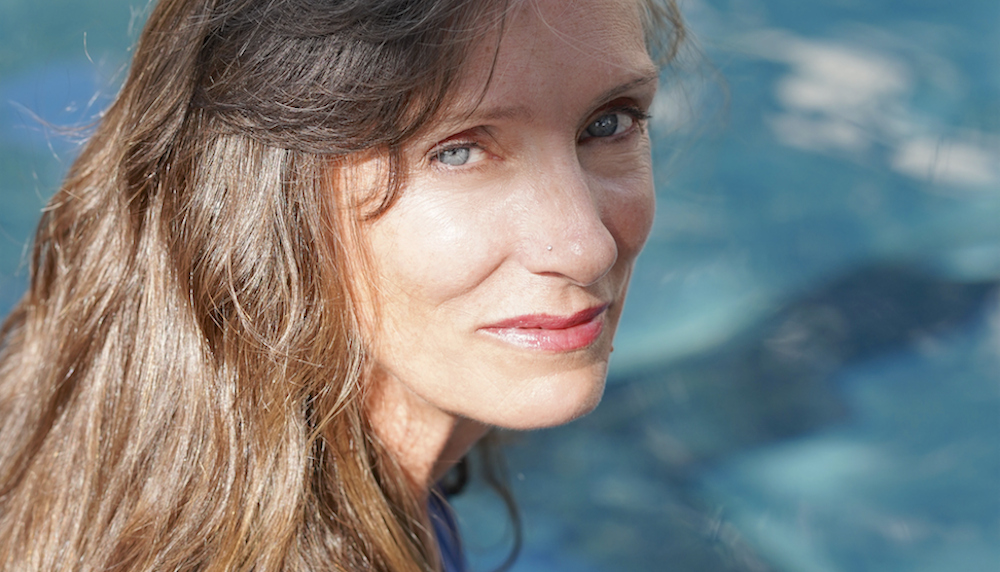 “Several years ago, I had a bone scan and discovered that I had low bone density in several areas of my body, including my spine and my hips. Obviously, this was concerning but not really surprising since it runs in my family and I’m the stereotypical thin, tall, white female who has an increased prevalence towards bone loss. That being said, I’m very active and thought maybe I wouldn’t have the same issues. But alas, I was not so lucky…

I started doing research, and I was hopeful when I came across AlgaeCal. Their message was very convincing, along with their guarantee and the user testimonials.

Essentially, they guarantee that you will build bone, or you will get your money back. They encourage you to get a bone density scan before starting and another scan six months after having continually taken their supplements. So, I purchased a supply and started taking them about two years ago.

I am thrilled to report that I have increased my bone density in some areas by as much as 26 percent. I have never experienced any negative side effects from their products and will continue to take their supplements for the foreseeable future.” 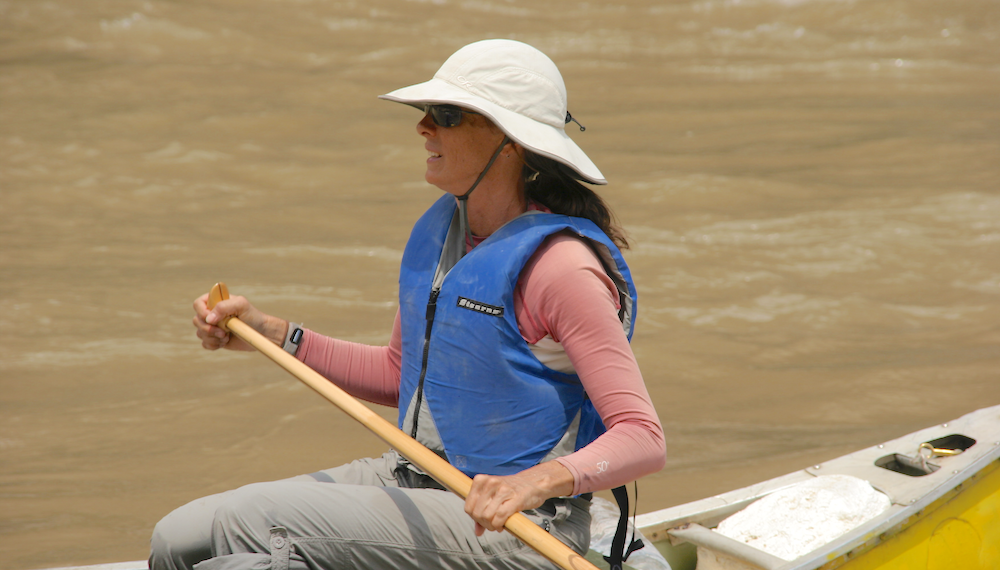 The Proactive Way to Help our Future Wellness

At least 55 percent of us will be faced with significantly decreased bone density in our lives. It’s an enormous problem that faces the 50-and-older population, yet very few of us have any idea how soon this degenerative process begins—or that it is, in fact, preventable.

The idea of calcium supplements is not particularly sexy. It’s a hard sell—especially for anyone at an age where retirement and hip fractures are a distant, barely imaginable future.

But being preventative and proactive about this aspect of our health is just as important as any other wellness habit we may have. If it’s important to you to eat well, to exercise, to take multivitamins, then it should probably also be important to you to provide your bones with the specific nutrients they need to stay strong. Because none of the rest will matter if we can’t move fully or live fully.

And, with all of its lack of “sexy,” if a bone supplement can make my aunt gush over it during a holiday happy hour, then I can vouch for the fact that it’s well worth trying.

3 Ways to Boost your Bone Health.

1/3
A 100% natural, clinically supported, doctor-approved approach for women with bone loss. Super-absorbable calcium alongside all 12 other essential bone-supporting minerals. Guaranteed to increase bone density in as little as six months when taken with Strontium Boost. 120 easy-to-swallow veggie capsules per bottle.
Learn More
< Previous Next >

2/3
Safe, natural, and clinically supported to help increase bone density. The only strontium citrate product backed by studies! Participants increased bone density by 3% when taking both AlgaeCal Plus and Strontium Boost. Guaranteed to increase your bone density in 6 months when taken along with AlgaeCal Plus.
Learn More
< Previous Next >

3/3
Get the whole bone health package with AlgaeCal Plus and Strontium Boost. Guaranteed to increase your bone density in 6 months. And continue to increase it scan after scan for the next 7 years. Super absorbable calcium, magnesium, and trace minerals from algae. Made with ultra-safe and clinically supported strontium citrate.
Learn More
< Previous Next >

12 Ways to Deal With A Toxic Family/Family Member.

The 7 Signs You’re in an Incompatible Relationship.

Why I’ll Never be the Kind of Woman who Prefers having Male Friends.