Here’s what we can we do about Climate Change. 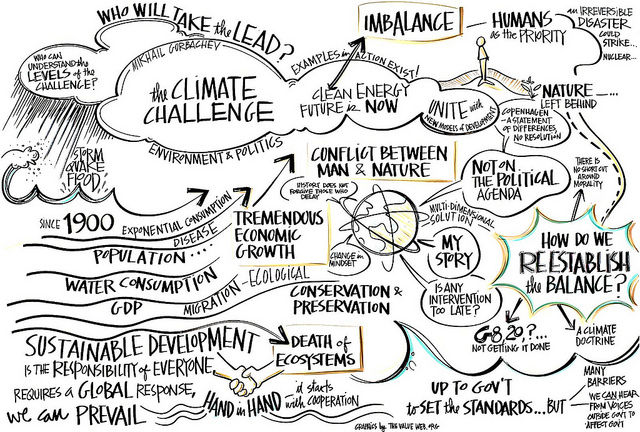 Climate Change is a boogeyman. IE, we all have heard about it, most of us believe it’s real (it’s not about belief, it’s fact, after all), but few of us feel at all empowered around what to do about it. So. Here’s a clear list of what to do, and how to do it, with resources. It’s a keeper.

We’re all scared, depressed, inspired, motivated, lazy…and a bundle of other contradicting emotions around Climate Change. But it’s too late to sit on our hands. It’s time to act. So what do we do?

It’s real, it’s us, it’s bad, there’s hope, and the science is reliable.

The question that remains now is what are we going to do about it?

The consensus among scientists and economists on carbon pricing§ to mitigate climate change is similar to the consensus among climatologists that human activity is responsible for global warming. Putting the price upstream where the fossil fuels enter the market makes it simple, easily enforceable, and bureaucratically lean. Returning the revenue as an equitable dividend offsets any regressive effects of the tax (in fact, ~60% of the public would receive more in dividend than they paid in tax) and allows for a higher carbon price (which is what matters for climate mitigation) because the public isn’t willing to pay anywhere near what’s needed otherwise. Enacting a border tax would protect domestic businesses from foreign producers not saddled with similar pollution taxes, and also incentivize those countries to enact their own. And a carbon tax accelerates the adoption of every other solution. It’s widely regarded as the single most impactful climate mitigation policy.

Conservative estimates are that failing to mitigate climate change will cost us 10% of GDP over 50 years, starting about now. In contrast, carbon taxes may actually boost GDP, if the revenue is returned as an equitable dividend to households (the poor tend to spend money when they’ve got it, which boosts economic growth) not to mention create jobs and save lives.

Taxing carbon is in each nation’s own best interest (it saves lives at home) and many nations have already started, which can have knock-on effects in other countries. In poor countries, taxing carbon is progressive even before considering smart revenue uses, because only the “rich” can afford fossil fuel in the first place. We won’t wean ourselves off fossil fuels without a carbon tax, the longer we wait to take action the more expensive it will be. Each year we delay costs ~$900 billion.

It’s the smart thing to do, and the IPCC report made clear pricing carbon is necessary if we want to meet our 1.5 ºC target.

Contrary to popular belief the main barrier isn’t lack of public support. But we can’t keep hoping others will solve this problem for us. We need to take the necessary steps to make this dream a reality:

Build the political will for a livable climate. Lobbying works, and you don’t need a lot of money to be effective (though it does help to educate yourself on effective tactics). If you’re too busy to go through the free training, sign up for text alerts to join coordinated call-in days (it works) or set yourself a monthly reminder to write a letter to your elected officials. According to NASA climatologist and climate activist Dr. James Hansen, becoming an active volunteer with Citizens’ Climate Lobby is the most important thing you can do for climate change, and climatologist Dr. Michael Mann calls its Carbon Fee & Dividend policy an example of sort of visionary policy that’s needed.

§ The IPCC (AR5, WGIII) Summary for Policymakers states with “high confidence” that tax-based policies are effective at decoupling GHG emissions from GDP (see p. 28). Ch. 15 has a more complete discussion. The U.S. National Academy of Sciences, one of the most respected scientific bodies in the world, has also called for a carbon tax. According to IMF research, most of the $5.2 trillion in subsidies for fossil fuels come from not taxing carbon as we should. There is general agreement among economists on carbon taxes whether you consider economists with expertise in climate economics, economists with expertise in resource economics, or economists from all sectors. It is literally Econ 101. The idea won a Nobel Prize. Thanks to researchers at MIT, you can see for yourself how it compares with other mitigation policies here.