How Toxic Femininity almost Cost me my Relationship (& my Self-Worth). 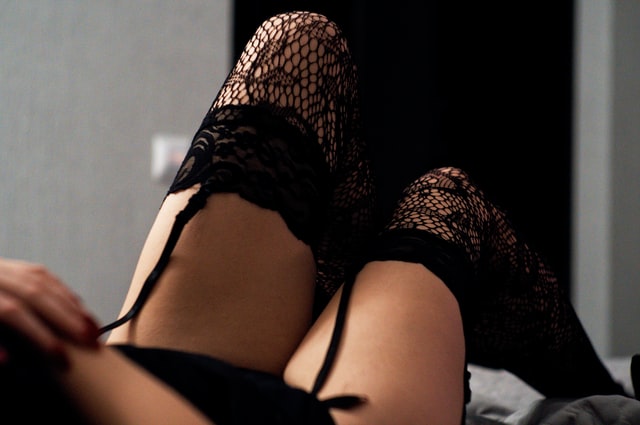 I hit puberty, or rather puberty hit me, in the way it does many—hard. I grew breasts before I even knew what a bra was. I formed an instant dread and regret that my womanhood was upon me. I was afraid of my own body, so I hid and shied away from sexuality for most of my teenage years.

Girls in school would spread childish rumors about me, and both boys and girls called me ugly and fat. I was made to feel I did not belong.

When I left high school and ventured into the world as a woman, I was instantly shown the worst of what some would call “toxic masculinity.” I was told both blatantly and subconsciously that my worth centered around my ability to give my body over to a man, and that if someone didn’t find me sexually arousing, I was worth nothing to them.

I formed opinions and a sense of self-worth that revolved around that idea for a good 10 years of my life. I formed eating disorders, and I entered into unhealthy relationships, endured mental and physical abuse, and gave my heart to people who did not deserve it. I was a young woman tossing herself around the world carelessly and calling it “adulthood.” I was set to repeat patterns of generations before me, all because I was conditioned to think that was what I was meant to do.

I call it toxic femininity.

From the day we are born into this world as female human beings, we are told how cute, how adorable, how pretty we are. As we get older and grow into more mature beings, we are told how hot, how sexy, how desirable we are to the male gaze. My mother told me several times to, “Find a good man,” because her generation and those before it were told that women need a good man to be successful, to be happy.

“Find a man who will marry you and take care of you. That’s what you need sweetie.”

We are conditioned to believe that our value is inherently twisted up with our sexual nature. That our ability to give that away is something to be coveted. That men “do sex” to women, and if we deny them that, we are less than. We are fickle. We are prudish. We aren’t sexy.

“Well there must be something wrong with that girl—she doesn’t want to f*ck me!”

If we don’t parade around all of our “assets” to the world in a neat, little box with a bow on top, we are not attractive and therefore hold no value. So we cake on the makeup, we use all those crap filters on our phones, we dye our hair blonde, and we buy clothes that barely fit, all to fit inside the box. What if we stopped that? What if we decided that our worth was created within ourselves?

I don’t know about you, but I was so f*cking tired of squeezing into that box. So I decided it wasn’t for me any longer.

When I moved to Portland and discovered a thing called the sex-positive movement, my world began to shift. Wait…you can have a relationship that doesn’t revolve around sex? Sex can involve consent? What’s consent? I don’t have to just say, “Ya, I guess” to sex when I don’t want it?

I slowly started drifting away from my own stilted ideals and exploring what I really wanted—not what others wanted from me—and guess what? Turns out, what I wanted was women.

I discovered a world that was soft, emotional, passionate, and reciprocal. I started to form better relationships with women and more powerful connections, because I realized that not everything revolved around the act of sex. I began understanding myself in a way I did not before. What’s important is the foundation—but the conditioning toward the former was strong, more so than I realized.

Flash-forward to my current relationship, and eventually, I began enacting old habits and projecting them onto my relationship. I found myself repeating the same patterns, without even realizing it, and it started ruining things. Stress within the relationship, and outside of it, led me to feelings of insecurity.

My partner was struggling with things that were out of my control. Our sex life was not what it used to be—or at least not what I thought it “should be”—I told myself. But instead of understanding that, I internalized it. I told myself she must not find me attractive, that I must not be her type. Thoughts went through my head of all the worst things: that she was realizing I just wasn’t what she was attracted to. I wasn’t “gay” enough or “butch” enough. I convinced myself that because we hadn’t had sex in x number of days, it must mean that she didn’t want me anymore, even though the sex we do have is bomb, and our sex life in general is quality, not just quantity.

These thoughts almost cost me my entire relationship.

I had to take a step back and re-evaluate what was really going on. I had to remind myself that the foundation we had built was not based on sex. My partner values me and sees me as more than a physical object. It was a slap in the face and a reminder that even though I am loved for who I am as a person, and I had done all this work to understand what real love was, I was still conditioned to think otherwise—or at the very least had conditioned myself to feel that way.

I found a true partner in a woman who would go to the ends of the world to be the best version of herself for me. We build each other up instead of breaking each other down. We took the time to start slow and build a solid foundation out of love and hard work, something that could last the test of time. There was no planned obsolescence. We understand that nothing is promised, and have given each other the room to be human. To make mistakes and come back to one another stronger. It is not all roses and unicorn poop—we fight, we bicker, we make mistakes, but we come together out of pure love and empathy for one another.

We work to be partners, not just two people who take from one another and leave the pieces behind. We both know what we want and what we want our future to look like, with room for error, of course.

My advice for those hoping to outgrow the limits of toxic masculinity and toxic femininity: Ask for what you want. Be unafraid to look inside yourself for the things you need. Work for the things you truly want. Be authentically yourself, even when it hurts.

Understand that love is not easy; that you don’t just fall in love and then everything is rainbows and butterflies. You have to nurture any relationship. Life doesn’t operate in absolutes, and neither should you. The growing pains are worth all the heartache.

Let’s not forget that love still exists, it’s real, and you can find it, but it won’t just fall into your lap.
~

P.S. Gay pride, marriage rights for all, equality and fairness is a human right, and love is love. ~ from one pan-sexual human to you 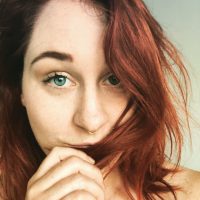 Julia Samples is just another soul on this spinning rock, writing, and living along. Check out her blog if you enjoy her writing. … Read full bio

What I learned from a Sex Addict: 5 Ways to be More Intimate. Radical Love: How to Hold on to Love while Doing “Life” Together. Ladies, We Have a Choice.
See relevant Elephant Video