Back to my Roots: My Yoga Journey in India. 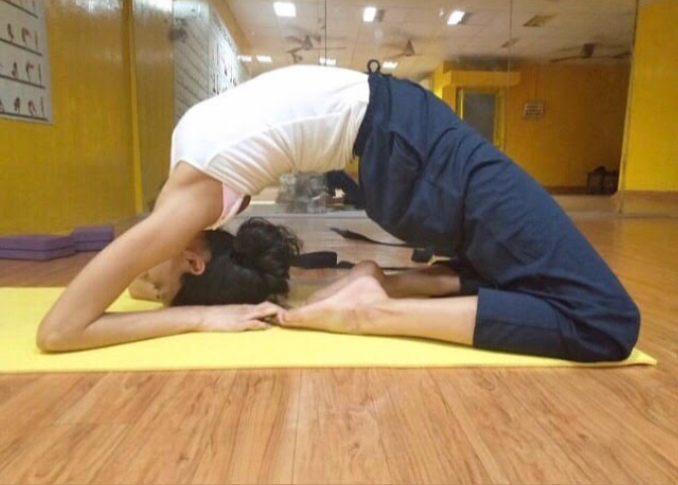 For as long as I can remember, I’ve felt pulled in two directions.

For me, being British-Indian meant exactly that: I was either too British to be Indian or too Indian to be British.

Being from the always-confused third generation, that “Indian thing” was something intimate, yet completely strange.

Whenever I compared my home with others, mine felt so alien: my grandma wearing her colourful salwar kameezes, roti and daal as my comfort food, the sweet woody aroma of incense, and the soft murmur of Sikh prayers. All of this and yet, India was something I just couldn’t grasp—or really want to.

After I finished school, I trained to be a dancer. It was exciting at first, but soon turned into a difficult time. The training affected my joints, swelled up my feet, and forced me to walk in crocs all day long. It wasn’t long until I moved away from dancing. Yet, I wasn’t made for an office job—believe me, I tried.

Somewhere down the line, I got hooked on yoga.

After several years of flirtation, my relationship with yoga turned into a serious romance when I tried a style called Andiappan. It was heaven. There was no competition, no frustration, no hurry. Every class took everything that I had without pushing me past my limits. I would leave the studio feeling lighter and with a little more space to recharge.

I decided that yoga was the path for me. I did some research and found out that the Andiappan headquarters were in South India, somewhere I’d always wanted to visit. It took me about a minute to book the 11-hour flight to Chennai.

This is the part where I tell you how beautiful everything was and how much at home I felt. Well…not really.

I’ve got to admit though, when I arrived at Chennai airport, I felt like I was in Wonderland. There were plants everywhere, soft music, and images of Hindu gods. Everything was quiet and calming. Even the staff looked like they’d just come out of two hours of meditation.

That soon ended. As I stepped away from the main gate, the reality of Chennai punched me in the face. There was noise everywhere—human, animal, and mechanical—a mist of thick smoke, herds of rickshaws, and an impossible amount of people at every turn.

I was received by Guruji Dr. Asana Andiappan and his family. He was the archetypical yoga master: an 89-year-old man of little words who didn’t seem particularly excited or disappointed about anything. Guruji was made of pure conviction—he had trouble using stairs, but woke up every morning to do headstands. He made it seem as difficult as tying your laces.

There was something else about him, a Guruji “mystique.” He was like a human lighthouse, guiding you calmly to the shore. He had this shine in his eyes—a serene glow that seemed to say, “You’re alright…you’re okay.”

It wasn’t all smiles, though. The school was as close as you can get to yogi military training. There was no messing around, no small talk, just yoga.

It was going to be a tough few weeks: four hours of yoga, six days a week, plus the cleansing techniques, theory, meditation, and pranayama classes. Luckily for me, at that time of year, only four people were training in the academy so there were several times I was face-to-face with Guruji, other yoga masters, and no one else.

The yoga itself was just the tip of the iceberg. The cleansing techniques were the hardcore stuff. I remember vividly one that involved basically flossing your nose through your mouth (you get the idea).

As days went on, the initial shock disappeared. Chennai was chaotic, but beautiful, and in spite of everything, the locals were always trying their best to help me. For the first time in my life, the way I looked was the norm, and there were no questions about my heritage—just a few curious exclamations when people on the street realised I didn’t speak Tamil.

Living among them—not as a “returnee” but as a human—started to erase the old who-am-I tension that used to hunt me. Nobody was winning the battle for my identity. There was no battle at all.

It was the most tiresome experience of my life, but I’ve never felt so energised. My days went by in a sort of meditative state. Yoga could be defined as a practice of stillness of the mind through movement of the body. Simply put, I was completely calm no matter what I did. It was like being high on nothing. Silly stuff like drinking a cup of tea or getting out of bed was the object of contemplation and surprise.

And so the days passed and suddenly I was ready to go home. There were photos and farewells.

As I went to receive my teacher training certificate from Guruji, I was humbly waiting for some words of wisdom that would tie up this entire experience. Guruji—who’s around five feet, by the way—looked straight into my eyes and simply said: “You should have brought a ladder.”

I laughed all the way home. 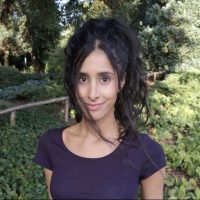 Jasmine Aujla is a yoga teacher based in the UK. Connect with Jasmine on Instagram and check out her website. … Read full bio

Best Breath Practices: 5 Energizing Pranayama Techniques. Krishna’s 10 Definitions of Yoga in the Bhagavad Gita. 15 Cool Things Yoga has Taught Me. (Hint: None of them are Handstand.)
See relevant Elephant Video