Carpe Diem, YOLO, & Other Ways we F*ck Up our Relationships. 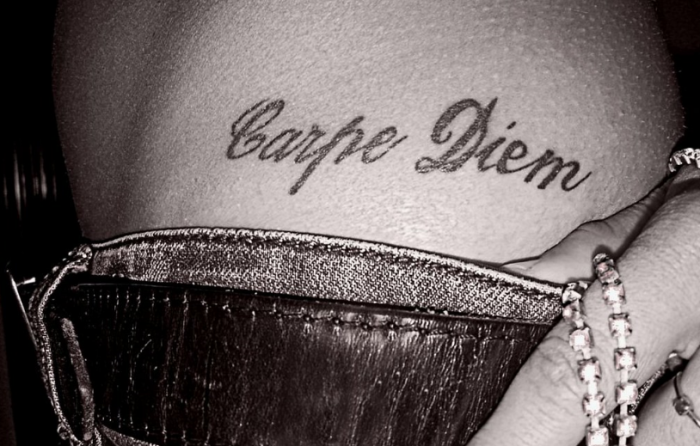 “You’re out of your f*cking mind.”

I’d hoped for congratulations, but settled for the verbal sting from the mouth of my best friend. It was disappointing but not unexpected—I’d just broken the news of my engagement to a woman I’d known for only six months.

I’d leaped headfirst into a long-distance relationship and felt euphoric. I couldn’t get enough. I fell madly in love with being in love, and the feelings consumed me. The relationship became my entire life and my identity.

I thought I’d finally found myself, even as I began to lose myself with each day that went by.

I wanted the relationship to become serious quickly—I lived in constant fear of losing the intensity of emotions, which would trigger my insecurities and fear of abandonment. I wove threads of red flags into quilts of passion and sewed them up with denial.

But stirring in the deep recesses of my heart was a quiet unease, an unwelcome voice whispering truths I didn’t want to hear.

What the f*ck am I doing—It’s only been a few months. I’m making big decisions without having spent any significant time together. I’m not even sure I know what love is—I only know I’m wounded and hurt, and this feels so damn good. I just might be so blinded, so thirsty for love I’m mistaking a mirage for my salvation.

That voice was quickly shut down, and the words locked away by the emotions of the white-hot romance. I was caught in the riptides of euphoria and swept out to sea, where I would drown in the best of intentions.

And I felt powerless to stop it.

Within a few months, the relationship imploded. What began as an epic love affair, blew up spectacularly, leaving me to once again pick up the pieces of my broken heart.

Despite the pain it caused me, I repeated this pattern many times over.

My revelation wouldn’t come until years later in my therapist’s office. I was deep into inner work on my issues resulting from being an Adult Child of an Alcoholic (ACA) and codependent when I discovered that impulsive behavior was one of the issues common to ACAs and children of dysfunctional families.

I began the difficult work of trying to understand my patterns and what I can do about them. I’d spent most of my life beginning relationships impulsively, without giving much thought to the consequences my actions would have on my life—and I paid dearly for it. I simply leaped into the unknown hoping that somehow it would work out.

But it never did.

The truth is, I was addicted to love—and I’d unconsciously seek out partners who were dysfunctional like I was. And when I found them, the gratification of a fast-moving, intense relationship was immediate. The mixture of attention, passion, and sex provided a perfect tonic to make my pain go away.

It was exciting and dramatic—and the dopamine hits released during the highs of my wild ride continued to feed my love addiction. I got myself into serious trouble making major life decisions in this euphoric state, taking huge emotional risks without a care in the world.

As my relationships progressed quickly, friends and family would repeatedly warn me about the red flags I was unwilling to see. Feeling annoyed and hurt, I told myself what I always said when I was being reckless with my wounded heart:

They just don’t understand. This time is different. I’ve never felt this way before. You only live once. This is my chance. It’s now or never. I know what I’m doing. Carpe diem!

I meant it too. I was infatuated with the idea of epic love and wanted it badly. But in addition to my issues with love addiction, I’d never had healthy relationships modeled for me, and I had no idea what it took to make one work. The more time that went by, the more I struggled—feeling anxious, insecure, and out of control.

There were good times too, but not enough to survive the dysfunction. After months or even a few years, they inevitably ended badly. Each time, I’d be left feeling more confused and heartbroken, wondering why my relationships never worked out.

Unable to sit with these painful, uncomfortable feelings, I ignored my need for deep repair, and simply covered myself with a fresh coat of paint and quickly moved on to another relationship to repeat the pattern over again.

I lived that way until my fragile heart was bruised and battered one too many times. It took hitting emotional rock-bottom and sinking into depression before I was willing to take a hard and honest look at my dysfunction.

That led me to therapy, where I discovered the unconscious patterns I learned as a child. Impulsively repeating these patterns in my relationships wasn’t deliberate—I simply lost control over my behaviors, rapidly locking myself into serious relationships without considering alternatives or consequences.

Once we learn awareness of our unhealthy patterns, it becomes much harder to stay in denial around them. I started noticing the feelings of dysfunctional patterns as they happened. That awareness allowed me to do something about it, and ask some tough questions:

What can I do to break the cycle?

I learned to step back, slow down, and take a breath. Looking at the big picture of my recovery, I knew I didn’t want to repeat the relationships of my past. Learning how to act deliberately instead of impulsively helps break the cycle.

Our impulsive behaviors once served a protective purpose—but we won’t be needing them anymore.

Hope Begins in the Dark: Instructions on Life & Sobriety from Anne Lamott. From Breakdowns to Breakthroughs—Embracing the Messy, Raw Journey to Emotional Healing. 7 Things We Say that F*ck Up our Relationships (& How to Fix Them). An Open Letter to Adult Children of Dysfunctional Families: We are F*cking Worthy. Un-Break my Heart—Why the relationships of Adult Children of Alcoholics Don’t Work.
See relevant Elephant Video