It’s Gotten Ugly Out There: Let’s All just Agree on One Thing going into this Election. 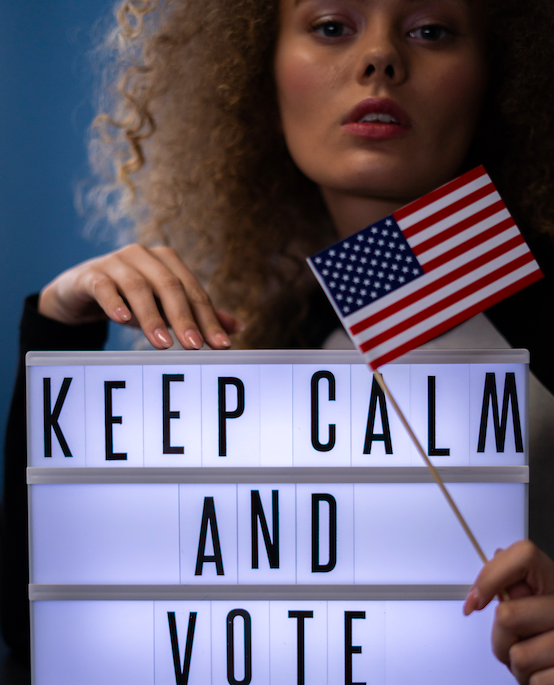 I don’t know about you, but I’m tired of all the negativity and divide in our country.

And after the year 2020 has been, I think many of us are craving some lightness and understanding.

Growing up in my family, we had a rule. The Italians talk about everything but politics isn’t one of them. We’d argue over a lot of things, but political beliefs were kept to yourself.

Up until a year ago, some of my closest friends didn’t know whether I supported our current President or not. They noticed I was always quiet when political topics came up and assumed I leaned one way when in fact I leaned the other.

That was very intentional on my part. I was more focused on listening. Everyone had different perspectives about how the country is being run, should be run, and the causes that were important to them. And as someone who doesn’t always follow politics as closely as some of my friends and family do, I felt more comfortable listening to their perspective and weighing all sides of an issue before voicing my own opinion.

During the past four years, like everyone else, I’ve watched our country fall into a state of “us versus them.” Democrats versus Republicans. Left-wing crazies versus right-wing extremists. Trump supporters versus Trump haters.

Listen, we’re a melting pot of cultures, religions, socioeconomic backgrounds, and life experiences so all of us are going to feel differently about what’s important to us. All of us are entitled to our personal beliefs around freedom, education, health care, vaccinating, immigration, and where our tax dollars go. That’s what makes us the great United States of America. We have the honor and privilege of having the freedom to think and speak what we want in this country.

But the way we are speaking to each other is deplorable.

I’ve read countless social media posts from friends attacking other friends simply for expressing their viewpoints about what’s going on in our country (positive and negative). I’ve seen people name-call, shame, ridicule, unfriend, and stop speaking to family members for having a difference in opinion than them.

Yes, we are talking about heavy, personal, important issues to people. Of course we have strong emotions around them. There are people in our country who rightly feel disrespected and discriminated against. Others who feel their personal freedom has been taken away. People who feel lied to or betrayed. And others who feel America is becoming great again under our current President.

I don’t have the right to tell anyone what they should or should not believe, although, like any other human being, there are times I want to scream it at the top of my lungs. But we don’t need that now as a country; what we need going into the election is a little more tolerance and a whole lot more respect.

Tolerance for people who don’t see things the way we do and respect for our differences. We don’t have to like them, and we don’t have to agree with them.

We do have to stop spreading hate at a time when this country is in dire need of unification.

For me, that sparked incredible curiosity. Was there information I didn’t have that I needed going into the election? Was there something I could open myself up to learning simply by asking those friends why they supported Biden over Trump or Trump over Biden?

And you know what? I did learn something. A lot, actually. Friends shared with me what they feel makes America great, what they feel would make America great again, and what some of their fears are going into this election. And whether I am completely on board with all of their beliefs or not, I respected and appreciated them sharing their thoughts with me so I could shift my own limited perspective on things I didn’t know I didn’t know.

I don’t and won’t push my own beliefs and viewpoints onto any of them, nor will I fight with them or make them wrong for thinking differently than I do. I don’t need to do that. What I need to do is go out and vote for what I believe in.

And I need to respect that my friends, family, and fellow Americans who believe something different are going to do the same. They aren’t wrong, and I’m not wrong for what we believe in. I don’t think we need to divide and hate each other because we’re different.

Going into this election, I’m hoping we can focus less on mudslinging and tearing each other down, and more on listening and debating in a respectful way. Instead of saying things like,
“I can’t believe you believe….” We can ask, “Tell me more about why you feel that way?”

Even better (because I have seen a lot of Facebook posts that say just this): instead of “Your candidate is a piece of sh*t (fill in the blank with any derogatory name you can think of),” how about asking, “Health care (or insert the cause most important to you) is really important to me. How do you feel (your candidate) will be able to help with that if elected?”

Use your own language, your own questions, your own whatever—but I’m inviting you to leave out the judgment, the name-calling, and the insinuation that the person is a f*cking idiot in general, especially if the questions are aimed at your loved ones.

At the end of the day, there is only so much one man and one administration can do to improve our country and make America great again.

The rest, quite frankly, is up to us.

Is this Election a Referendum on Socialism versus Capitalism? Make America “Care” Again. Coronavirus & Election Anxiety: 4 Mindfulness Tools to Ease our Fear about the World.
See relevant Elephant Video