Knowing the Signs of Suicidal Ideation & Breaking the Stigma. 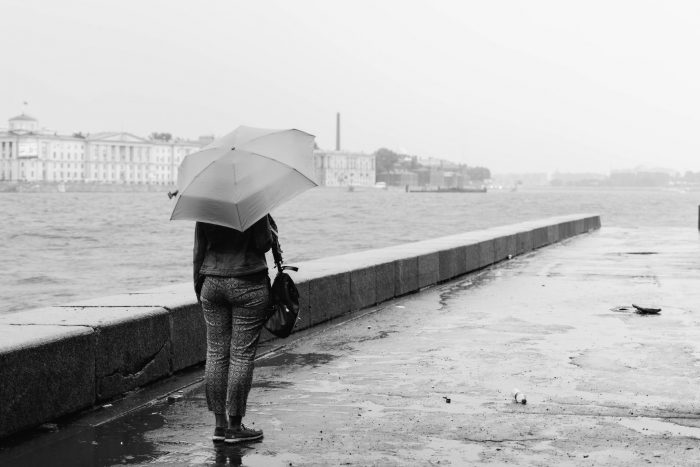 I’ll be posting on this taboo subject a lot this month. We cannot discuss the symptoms associated with living with a mental health issue without discussing the fact that sadly, many also die from it as well.

Suicide does not discriminate.

Anyone of any race, gender, age, or socioeconomic status may experience suicidal ideation at one time or another. Yes, even that certain someone who seems “happy”—who seems to “have it all.”

Contrary to popular belief, not everyone who dies by suicide has a mental illness.

Yes, suicide is common amongst those with major depressive disorder, bipolar disorder, schizophrenia, and PTSD. However, many are never diagnosed and many do not have a mental illness. Instead, they are experiencing a situational crisis, like the loss and grief over the death of a loved one, the loss of a job, their home, a breakup, a divorce, the loss of friendships, bullying by their peers or in the workplace, domestic violence, or a pandemic.

Many people think they would know if their child or loved one was hurting that much.

If this was true, we would have a significant reduction in the number of suicides. Unfortunately, signs often go unrecognized—until we are looking back in retrospect, and it’s too late.

Here are some commonly noted red flags and how we can help:

These are all signs: suddenly spending an increasing amount of time alone, not attending to their own personal normal activities of daily living, not returning phone calls or answering messages, distancing themselves from friends or family, frequently calling into work sick, canceling plans that they would have never missed before—like a special person’s birthday or a regular activity such as a weekly coffee date, attending church, or going to the gym.

Check in on those who have gone quiet, who seem like they are self-isolating, even if they say they want to be alone. Let them know you are there and keep coming back to check again. Encourage teens who want to be alone to keep the doors to their room open.

Pay attention to how long this lasts and help them with their sleep/wake cycles if they live in your home. Sleep is crucial to our physical and mental health.

An increased use of recreational drugs or alcohol. This also includes things like binge shopping and eating; with the aim to numb, mask, and diminish their own feelings.

Watch closely if someone is abusing anything on a daily basis to cope with life, and talk to them about what you are seeing, even if they might be offended.

Someone who’s typically quite passive suddenly having an escalation in angry outbursts and difficulties regulating their mood. Or the opposite—someone who’s normally extroverted and outgoing becoming withdrawn, despondent, indifferent, or lacking emotion of any kind with a flat and distant attitude.

Tell them your concerns and ask them outright what’s going on and how (not if) you can help. “How” is an open-ended question, requiring more than a yes or no answer!

Cutting one’s self, eating disorders, starving or bingeing, and engaging in reckless activities that could cause bodily harm.

Express your concern if your loved one’s eating habits have changed. Notice if someone in your household regularly wears hoodies or clothing not typical for the summer heat—they may be covering up self-injuries. Talk about it!

Expressing suicidal thoughts, hopelessness about the future (or a lack of mention about the future), finding suicide methods in their computer google searches, or mentioning a sudden desire to purchase a firearm. A loved one who’s not taking their daily meds may be hoarding them for the purposes of suicide. Suddenly getting their “things in order just in case.” Some will use social media to speak to their despair with shared poetry, song, or written text, such as writing letters or sending messages to family members out of the blue that often include: “If anything ever happens to me, please know I love you.”

The idea that talking about suicide will make someone suicidal is a myth.

These are just a few of many warning signs.

There are many, and sometimes there are none—specifically if a person is fully resolved in their decision to end their life. Oftentimes, people will say they seemed liked they were “at their best” just before they died—that is not an anomaly. I lost a friend to suicide a few years ago who seemed at his best, who traveled across the country visiting friends and family. It wasn’t until after he was gone that we realized he’d finally pursued his dream of doing so because he had chosen to end his life afterward.

How else can we help?

>> Ask the hard questions.
>> Offer to help them find resources in their area.
>> Have a listening ear and not an advising mouth.

Many people simply need to express those thoughts aloud to process them, and often the overwhelming nature of those feelings can diminish when they feel validated and heard.

And finally, if someone is actively suicidal, and they refuse help?

Call for help regardless if they might be in danger. I think we all would rather have someone angry with us over a wellness check or even a trip to the hospital than have to say, “I would have, could have, should have” at their funeral!

Can we prevent all suicides? No.

Can we help prevent some from dying by suicide? Absolutely!

It’s time we end the taboo associated with suicidal ideation. Suicide is not a sign of weakness or selfishness. Nor is expressing suicidal thoughts, and a suicide attempt is not about attention-seeking. It is the final desperation of help-seeking.

If you ask anyone who has ever survived a suicide attempt, most will tell you they didn’t want to die—they wanted their suffering to end! Full stop. Please start by listening to everything people say and everything they do not say, which can speak volumes.

You could save a life.

Suicide: the Struggle, the Truth, the Light. Suicide doesn’t Discriminate: 6 Warning Signs that could Save someone you Love.
See relevant Elephant Video