What we Need to Remember when we Run Out of F*cks to Give. 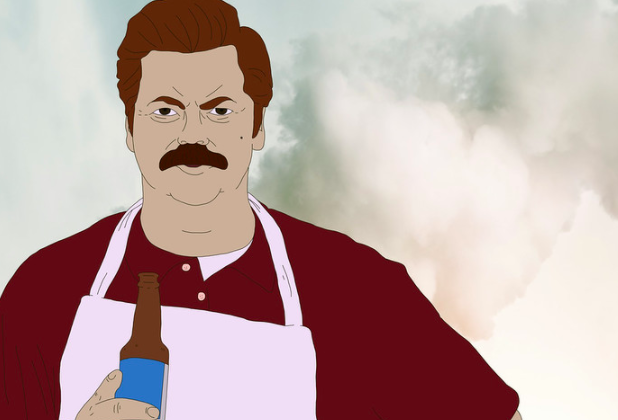 There is something that happens to me as it approaches autumn and the air starts to get a chill.

Like many people, my memories are stored in smells and tastes and visions, and when they visit, they take up residence in my cells and make my body feel weird. In the summertime, if I remember her, it’s wistful and surreal—almost as if that experience was someone else’s or something I saw in a movie. Here in early autumn, I can still smell the sandalwood oil on her neck and the warmth of her Ramones T-shirt pressed up against my body.

It was almost 15 years ago, but there are times it feels like yesterday.

The painful thing about seasonal romances is that we don’t realize that’s what they are when they begin. For me, when I fall that deeply, nothing stops me from imagining an eternity together. I am romantic like that, and I convince myself that I am using intellect and psychological acumen to reason that two people can have “forever” if they want it bad enough.

Last night, as my 12th hour of driving melted into my 13th hour, I started an autopsy on my memory.

October was a blissed-out tapestry of sweaty sweet lovemaking followed by uncontrollable laughter over nothing. There were moments as we worked toward climax where we’d look into each other’s eyes and she’d clutch on to me and I never felt so close to another person in my life. The way she held me in those moments transcended sexuality and made me feel a kind of safety I always longed for but never thought I’d feel.

November began to confuse me. We’d have good days, but there just seemed to be too many that weren’t any good at all. She felt like there was a distance growing between us, and I wasn’t really sure what she was getting at. I felt like October was the best time of my life. I knew we couldn’t possibly expect it to go on like that forever, but another month like that didn’t seem unreasonable.

I tried with everything I could muster inside of myself to field whatever curveball she threw, but I kept striking out. I tried spontaneous dinners and walks in the park. I tried flowers. I tried poetry and love notes. It still got to a point where I felt like I was being scrutinized too deeply. The more I tried to accommodate, the more annoyed she became. Which, of course, led to my growing indifference.

It was the first week in December when I began to wonder if we had any future. The lovemaking became sparse and automatic—something we did to diffuse the sexual tension that became thick and murky when too much time had elapsed without any touching. It was a great relief when it happened, but it felt so weird when we were done, I never looked forward to it anymore.

One morning, during the last week of December, when she suggested over coffee that we should probably go our separate ways, I circumvented any discussion of emotion or regret and went straight to the logistics of how we were going to get all of her stuff to her next destination. I am guessing that it seemed cold for me to be so practical, but after weeks of floating in this sour air, I was ready to reconstruct my own atmosphere again. I just ran out of f*cks to give.

There is this famous story of the poet Rilke couch surfing at the castle of the Princess Marie von Thurn. It was a point in his life when he was just a mess. He had an endless array of bills he couldn’t pay, nothing creative was happening for him—he was reaching a point of critical mass. He took a walk outside the castle, which was built on the shores of the Adriatic Sea. Life had been so overwhelming to him that he had no other choice for survival but to surrender completely. He, too, ran completely out of f*cks to give.

In that sacred moment, a voice called to him from further out in the ocean: “Who, if I cried out, would hear me among the angels’ hierarchies?” It was a legendary line of poetry that began the first Duino Elegy—something I have long considered one of the greatest works of literature in our entire world history. That may sound hyperbolic, but it’s not. Read it.

My point is that it is only when we reach that place where we run out of f*cks to give that the universe begins to cooperate. When we stop pushing against the natural order of things and just accept that our reality, as sad or unpleasant as it is in the moment, is all we have to work with, we are finally free. This is not to say that we should not try our hardest in every situation or that we should stop swimming against the current and allow the river to carry us wherever it wants. It’s more nuanced than that.

Most of us, by early adulthood, reach a point where we can discern between healthy persistence and useless struggles. I am a fighter by nature and leave claw marks on everything before I finally let go—but when I let go, I am resolute.

So if you find yourself in a situation where you feel like you’re banging your head against the wall, don’t be too proud to surrender. For it is usually when we run completely out of f*cks that we finally return to the serenity to start new romances, write masterpieces, or, at the very least, get our sanity back.

14 Surprisingly Inspirational Quotes from Someone who Doesn’t Give a F*ck. Detachment Doesn’t Mean Indifference: Redefining Letting Go. Before you Let Go of Someone.
See relevant Elephant Video