“Another One Gone Too Soon”—Turning to the Dalai Lama in Times of Tragedy. 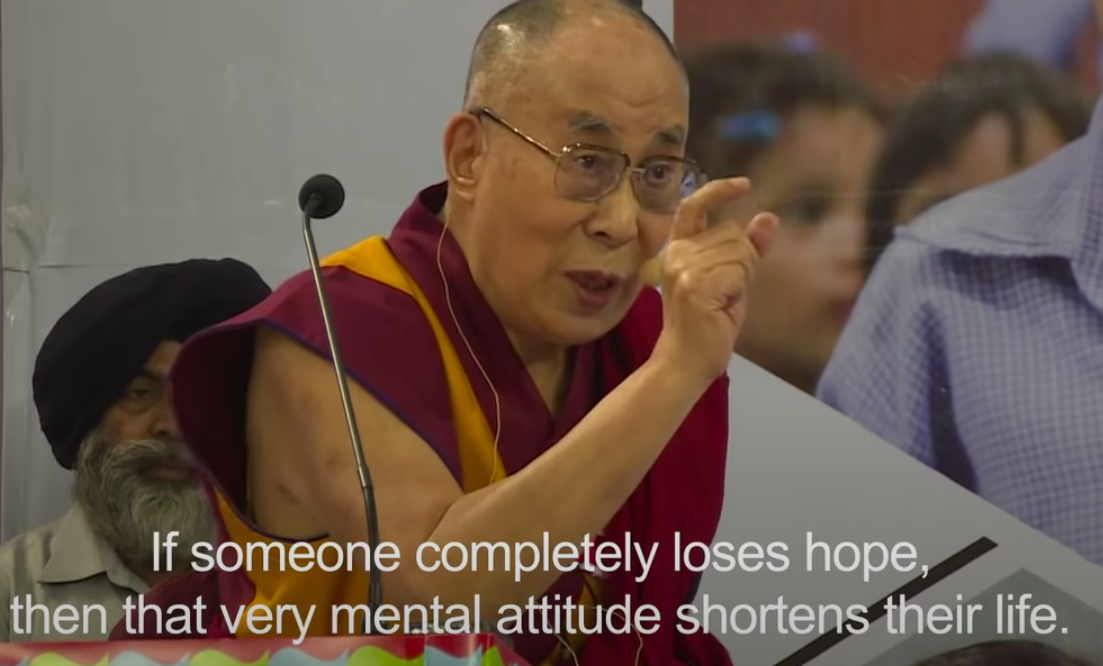 My first book, Kickass Recovery, was published only six months ago.

As a personal development book for people in the process of healing from substance use disorder, I have developed relationships with many counselors, recovering addicts, and alcoholics, doctors, and program directors. There have also been caring family members of those afflicted who have asked me to send copies to specific loved ones that they felt could benefit from my story and my solutions. I always autograph them and write personal and hopeful messages inside.

A few of these people I have sent books to have died—I’m assuming—before they were able to finish the book. One such overdose took place this past weekend.

I mention this only because this death was a bit tougher than the others. Only last month, this young man messaged me on Facebook and asked if we could talk on the phone. I answered in the affirmative, gave him my number, and even followed up with a “Hey, what’s going on?” a day or two later.

That was the last message in our thread. As I stared at my laptop that was opened to the obligatory Go-Fund-Me page, taking up a collection to pay for funeral expenses (often also inadvertently serving as a death announcement on social media), I wondered—probably like many other people—if there might’ve been more I could’ve done. Should I have called him when he didn’t follow through? Would it even have made a difference? Would he still be alive if I did?

Did I, in some way, contribute to this tragedy? Even a little?

I got past some of the self-centered guilt after a few minutes and landed on the reality that young people are, in fact, dying. Thousands and thousands every year. In today’s world, where we all seem to be so consumed with a presidential election, COVID-19, cancel culture, domestic terrorism, and an impending economic depression, the obscene amount of young adults overdosing and dying doesn’t even seem to be on the back burner anymore. It’s simply not newsworthy enough for the average person to care about. As a society, we are becoming numb to it.

It’s all right there on the decedent’s Facebook page. Almost every post included some form of the phrase “another one gone too soon.” It essentially rips the individuality out of what should be one of the more unique tragedies of a person’s life: premature death. The very fact that even the person’s closest friends are lumping him into an ever-burgeoning group, tells you everything you really need to know.

For the families, though, it’s personal. For them, there are memories of Christmases, summer days, sleepless nights in middle school, and moments of humanity that transcend a pedestrian and misspelled requiem in cyberspace. For them, it is not “another one gone too soon.” It is their person. This is going to be the weight that they have to walk around with through their eternities.

And, especially in this last case, this is also a weight I will carry around. Not because I have some misplaced guilt resulting from an exaggerated idea of my own importance, either. I realize that there was only so much I could do. But, in my silent moments, I can’t hide from the fact that I could’ve tried a little harder.

I stayed up much of the night looking for answers, and I alighted on videos of the Dalai Lama on YouTube. As he addressed a crowded arena in India, he explained that “…happiness is the real meaning of life.”

Continuing, he said, “Now materialistic happiness is only on a sensorial level—seeing something nice, hearing some beautiful music, and taste and smell and touch (including sex)—these are short-lived. In this country, one part of Samkhya philosophy, Jain philosophy, or Buddhist philosophy—there is no creator—rather self-creation. So, therefore, the concept of karma also comes.”

This spoke to me. Our mission on this planet is to be happy—of this, we can all agree. It is why we all tend to do the things we do. The dating sites, the posts where we keep checking for likes, the articles we want to go popular. Again, these things are all on a sensorial level, which is why, at least in my own case, they leave me feeling so empty.

This current intersection of my life that I find myself in—a recent failed attempt at a relationship, running from one shiny thing to the next, and now this tragedy—I found clarity in those words from the Dalai Lama. I finally fell asleep as the sun began to rise, determined to rededicate myself to my original mission. To be of service.

This is, of course, not a new concept to me. I have known this in my heart for years. I, however, suffer from poorly designed hardwiring (addictive personality) and it sometimes takes jarring events, like this last thing, to realign myself. As the great spiritual teacher also points out, we need to cultivate compassion for ourselves just as much as we do for others.

As long as I am gifted another day on this planet, I still have the opportunity to seek true happiness—to be of service. To me, this must be the reason why I was placed in the situation that I am in. And right now, as I try to make sense of something that feels so senseless, it is all I have left to grasp onto.

Another opportunity to be of service.

The Addict’s Guide to Coronavirus. Suicide doesn’t Discriminate: 6 Warning Signs that could Save someone you Love. The Dalai Lama’s 6 Key Tips to Happiness.
See relevant Elephant Video