“I Love You, but I Hate Me”—Forgiving Them (& Ourselves) after a Toxic Relationship. 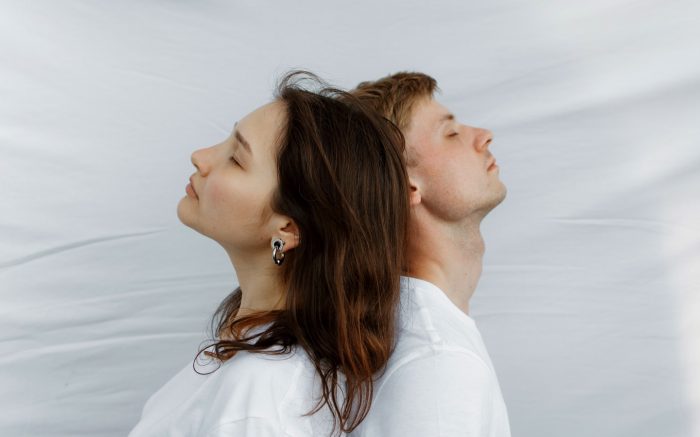 The restaurant was full, overwhelmed with vibrancy, but all I could see was him.

I was in an elusive trance as I caught myself staring, but I only allowed the distraction for a moment. My friend quickly urged me over to a table—she craved her first drink of the evening. My chair was positioned where I could get a glimpse of him. I could recognize that he was conventionally attractive, but there was more to him. He appeared to be equally as casual as he was consuming, and I was about to find out that he was just that.

Later, wrapped up in sheets, I unequivocally blurted out, “I love you”—irresponsibly but unapologetically. He was in the middle of a tangent (a common occurrence). Out of the corner of my eye, I could see a slow expanding smile as he turned away in the darkly lit room. “Wow, I was not expecting that. I love you too. I’m still mad at you, but I love you too.”

Clinging on to the good moments became my consumption as I buried anything less without a second thought.

I would make excuses and blame myself, anything to avoid an argument or setting off triggers. Eventually, I shut down, discovering that no response was the only way to calm him. Recognizing familiar traits to my own personal, previous experiences with men left me untouched in pain but rather comforted at the fact that he cared enough to yell.

I was never afraid of him. I knew he would never hurt me—physically. Blind to my own toxic behaviors, I accepted his. The repetition of high highs and low lows was only half visible to my mind, as I ignored the bleeding red flags that dangled in front of me.

I was not naive, but there is a certain level of passion that is fused by toxicity. Toxicity, consumption, passion, love, hate, and acceptance blended in my mind, formulating what I believed was happiness.

Because being in love is enough, isn’t it?

We often miss the signs of toxic love because toxic love does not necessarily display clear warning signs. We can have disagreements without fighting. We can enjoy time with each other, and without one another. We can trust each other.

We often overlook the reasons as to why something is not working because the good parts appear to outweigh the bad. The truth is: there is overwhelming complexity to each individual relationship and each individual in that relationship. The “two negatives equal a positive” theory does not apply to this case. Two broken people do not equal a fixed relationship.

The overwhelming fear of losing each other becomes a dual concern—we begin to tiptoe around the subject. We often have different styles of pushing someone away, which are unseeable at the time (they were in my case). We might say:

“You screwed this up.”

I remember rejecting words like this, unable to find meaning, deeming them a copout excuse.

After my toxic love story ended, my bed became a cradle in the following weeks. I imprinted the curves of my body into the middle of the mattress. Hysteria filled my chest as I tightly clenched myself; it was as though my bones would become displaced if I changed positions. The faint sound of the television in the background was just a mere distraction from the static white noise—executing what I envisioned as a crucifixion to my soul.

At last, when I was finally able to formulate logical thinking, I began to dissect my relationship and how it fell apart.

When I was there, on the side of acceptance, I thought about one overlapping concept. I realized where we both went wrong. Something so simple that had caused meaningless altercations and incessant circular conversations.

Can we truly love another without unconditionally loving ourselves?

The cliché rang through my eardrums like a vexatious chant.

After that, a new dedication to self-healing became my daily routine. I started digging into the deepest parts of myself and setting them free. It was an emotional battle that was long overdue. A battle I may have neglected to face if things had gone differently.

But the realization was the root of the healing. Forgiving myself for my own wrongdoings and forgiving the man who hurt me. Because he, too, was hurt; he, too, needed to heal.

Sometimes toxic love is not about what we cannot give to the other person, but rather what we neglect to give ourselves in the first place. 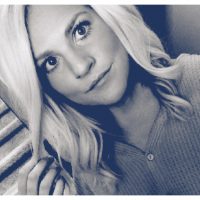 Kate Rushton was born and raised in a small town in Connecticut, where she first discovered her passion for creativity. Following high school, she wanted to help others with t… Read full bio