I Used to be Her—the Toxic One. 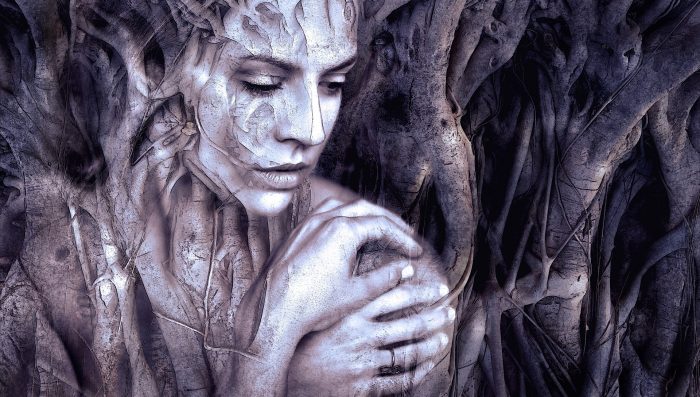 “Everything that irritates us about others can lead us to an understanding of ourselves.” ~ Carl Jung

I used to be her.

I was the one that loved the yes men.

I used to be her.

I was the one who was considered an alpha female—I rarely took the time to think about how I was making the men in my life feel, and I was more concerned with myself.

I used to be her. I was the one that put down the man I was with because he was not meeting my expectations or making me happy. I was mean and callous and hurtful and often jumped from one relationship to another in order to keep feeling okay about myself. I was the type who would hold everything in and then unleash my fury and frustration when the moment struck, and I was so stuck in my perspective that I could not see all the dysfunctional and hurtful ways in which I was showing up.

And then I met him.

In him, I saw all of my worst qualities and all the ways I had been hurtful toward the men who had loved me. In him, I saw my own narcissistic tendencies from lack of empathy to lashing out and criticism.

For a long time, I thought I was a narcissist. That statement might be funny to those of you in the know, but it is true. I was convinced I was a recovering narcissist. The one thing missing for me was that I did not feel a sense of grandeur—in fact, what I felt was the exact opposite to that.

I felt inferior beyond measure.

It took me a long time to realize that narcissism and low self-worth are close cousins, with the first one presenting as a constant need for an ego boost while the latter simply longs to feel seen by someone. The need for outside validation serves to fuel the ego of the narcissist, while the need for outside validation for those with low self-worth is simply to help them understand who they are in this world.

I struggled with low self-worth and codependency and confused it with narcissism.

Codependency, for me, showed up as lashing out when I didn’t get my way, repressed anger, never feeling good enough, needing everyone to like me, struggling with criticism, and needing to always be in a relationship.

On the surface, all the things that could make me appear as what others label narcissistic. I know none of us likes to own up to our shadow, and my guess is you might be reading this resonating with me or judging me or both, and that’s okay. I used to be her too.

The thing is, as painful as it can feel to be on the receiving end of a narcissist or even someone codependent—we can instead choose to see it as the defense mechanisms learned in childhood due to unprocessed and unhealed trauma.

We seem to collectively demonize narcissism and we turn the other cheek when people talk about the darker truths of codependency, but I believe it serves.

Recently, I posted a video on my YouTube channel about this, as I truly believe everything happens for us not to us. Adding on the metaphysical spin to this topic and taking us a bit deeper—on a soul level that person is still god/source/universe underneath the guise of the human form. It is suggested that our subconscious programming is consistently running like a silent record player in the background, attracting to it all the beliefs we carry or possible past life timelines and memories.

So for me, I attracted a love that was reminiscent of my childhood. Falling in love with this toxic man gave me an opportunity to heal some of the subconscious beliefs and perceptions I was carrying about what I felt I deserved when it came to love. It allowed me to create a new belief system within myself, and I was able to set that old vibration of who I thought I was free. I was also able to see that the deeper reasons as to why I pushed those other men away was ultimately that I did not feel worthy.

I did not feel worthy of healthy love, and I did not feel worthy of being lavished with gifts. To me, love was something I had to earn—not something that was freely given. I didn’t know what to do with healthy love at the time, and so I made it as unhealthy as I could so that my nervous system felt settled. Hurt people, hurt people, and I admit that in the past I have been the toxic one.

I also feel that by falling in love with this mirror soul, there was some overdue karmic debt that was paid as well. I know I hurt a lot of the men who I was with when I was operating unconsciously, and it’s not something I will ever be able to make up for, but my hope is that maybe in some weird way, I also taught them something about what it means to be in a healthy relationship. Maybe in some way, I, too, set them free.

As Ram Dass once said, “We are all just walking each other home.”

I was given the gift of a toxic love in order to heal more deeply and to really see myself for how I was showing up.

Yes, this love was painful, but through it I was able to set myself free in a lot of ways. I learned about boundaries, how to respect myself, how to love myself, and how to be soft, but firm.

Most importantly, I learned the value of loving my shadow with just as much fervor as my light, but the thing is, I had to want to do it for myself, and I can’t say that for everyone.

Shadow work is ongoing and can feel quite painful, but I feel it to be necessary if we truly want to be free.

Lokah Samastah Sukino Bhavantu—may all beings everywhere be happy and free, and may the thoughts, words, and actions of my own life contribute in some way to that happiness and to that freedom for all. 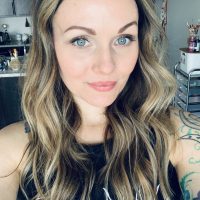 The Lost Self: A Deeper Look at Codependency. Letting Go in Love: a Codependent’s Journey to Nonattachment. If we Didn’t get the Love we Needed, we Need to Grieve for what Never Was.
See relevant Elephant Video