What happens when a Wandering Free Spirit is forced to Stay Put. 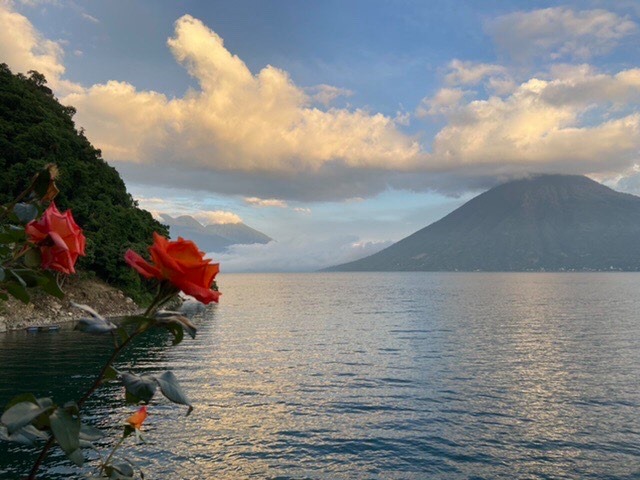 On March 25th, 2020, the country of Guatemala closed its borders, and the country declared a state of emergency.

We were on lockdown. Businesses were closed. Schools were closed. Public gathering was banned. The people were ordered to stay home, for fear of a pandemic illness sweeping the world.

International shutdown. Borders and airports shut down, in country after country.

I remember the different countries’ decisions being announced. I was up in the mountains, overlooking the magical Lake Atitlan, at the retreat center I taught yoga at.

Panic was ensuing among some of the guests who were unsure if they could get home as they received the news that all flights from Guatemala had been cancelled. Others remained stoic, in shock. And others were calm. There were worst places to be in lockdown than a retreat center in paradise, after all.

It was announced that for the safety of the indigenous community and our international guests, we would not be leaving the center, under orders, for fear of spreading an illness.

The gates locked. Uncertain as to when they would be unlocked, we awaited the next announcement from the president—in two weeks’ time.

As people were not allowed in and out of the center, it was decided that some staff would live on-site and others would leave work and return home, until the president’s next announcement.

We used our practices to stay present and calm in an unprecedented time of uncertainty. There were rumours of food shortages coming. They never came, but we started rationing.

We cooked simply and lightly. We taught and practiced yoga. We prayed and meditated for peace and healing for all sentient beings. Every evening, we gathered after dinner and chanted mantras for the utmost peace and healing.

Every day, we navigated uncharted situations—helping guests to find ways home via Mexico, or embassy flights, unsure if we were breaking laws or helping stranded people. Since the refugee crises we’ve seen internationally, we know these two are not mutually exclusive.

Nothing was certain. We got close and said goodbye, over and over again, as more and more found their way home. We faced shadows in ourselves and each other, unsure when we would see another face outside of those gates.

And for us ever-wandering travellers, as we helped each guest execute their journey home, and as the government ordered everyone to go home and stay home, we were faced with the question:

It was the awkward question of a wandering soul, a free spirit. Nobody who knows their home would ever ask that question.

Home was not the country of my childhood anymore. It was not my parents’ house. Was it the retreat center I’d spent the last few months working at? And what was the future of that place, with closing borders and fleeing guests? Was home the Guatemalan village I’d spent the last year, more or less, in?

It was the closest thing to home I’d had in a long time.

The guests left and the gates opened. And a small group of free-spirited yoga teachers emerged to find their new homes amidst this uncertainty.

The borders remained closed for six more months. In that time, I hopped from several home bases, all in the same village, looking for a safe place to ground. In a village largely reliant on the income of tourists, we saw a new layer of poverty start to creep in and anxieties start to rise.

Community strengthened. The tourists left, some of the expats left. We remained. The indigenous people had no choice, nor did the travellers who chose this place to be their home over the country they were born in.

We all had different reasons for staying. But we stayed.

Many businesses closed. Many community gardens started. If we couldn’t import or buy our own food, we must grow it. Fundraisers were started to keep the people in our village and surrounding villages fed and supported through these tough times.

I learned more about living off luck than I’d ever learned before. I prayed. There were times when I had 50 cents left in my purse and no certainty where the next paycheck would come from. And then, just before the funds totally ran out, I’d land another gig. We were living on the wings of angels.

We really learned the importance of community economy. When you had money, you supported each other, you bought from your friends and neighbours, you didn’t complain about prices. When you had extra, you helped those around you.

Our money is never just our own.

And we got close. Living in a place so inundated with tourists can make friendships hard after a while. You’d make a beautiful and deep connection, and then people would move on. We really got to know each other in those six months.

And now the borders have reopened. Six months on, and we’re gossiping like small-town people do about new faces we’ve seen. I saw new people in town for the first time in six months, and something contracted inside. I noticed, and almost laughed.

This once international traveller, now afraid of new faces.

And the energy in town is bustling. After lockdown, we’re preparing to welcome tourists again. But we know it won’t be exactly the same this year. 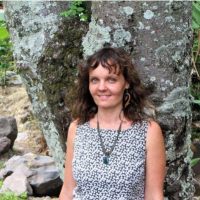 Naomi Bevan has always had an interest in mindfulness and psychology. She began her career working with children and young adults with disabilities. Her passion for healing l… Read full bio

Day 74: 3 Lockdown Lessons from Spain. 6 Factors that Influence how we’ve Experienced the Lockdown & Why it Matters.
See relevant Elephant Video