The Dangers of Verbal Abuse & why we Need to Stop It.

Verbal abuse is insidious and creates mental anguish within.

It is lies told to us or about us. It defines people—something no one has the right to do—telling someone what they think, what they are, their motives, and so forth.

In a verbally abusive relationship, one person is blaming or accusing, and the other is defending and explaining. The dynamics manifest into what can only be described as a sh*t storm. If ignored and both partners don’t attempt to get to the root of the problem, then death to the soul is the only direction for all involved.

The target of verbal abuse is often ignored, blamed, or raged at, so the offended one may have so much difficulty recognizing what is going on in the relationship.

Most people who are the targets of verbal abuse naturally try to explain to the abuser that it is not okay to speak to them in that manner. They fruitlessly explain themselves because they believe the perpetrator is rational and can hear them and the relationship will then get better.

This usually results in more verbal abuse, like stating, “You’re full of sh*t.” At that point, they don’t usually realize that they have just been defined (told what they are) and, therefore, verbally abused again. This goes round and round in circles—sometimes for decades at a time—and bad therapists can perpetuate things further.

I do not believe in Gynocentrism or the Duluth model, and I want to make it clear that anyone I recommend on my blog is not centered around women only as the victims. It is about equality and belief in the balance of the masculine and feminine—this is what’s needed for us all to grow our true essence as unique individuals.

Just because we could have said abusive things does not make us bad people; it does not define us. Patricia Evans is where I learned the truth about verbal abuse. Patricia is an internationally recognized Interpersonal Communications Specialist and the author of the first book about verbal abuse.

Drawing upon the research of more than 30,000 cases of verbally abusive relationships, she speaks and conducts workshops throughout the United States. Patricia is the founder of the Evans Interpersonal Communications Institute (now EICI, Inc.) where she offers workshops and training programs.

Patricia Evans single-handedly brought the subject of verbal abuse to the forefront of American consciousness, and I want to spread it over to the United Kingdom and everywhere I can reach. I also take a lot of my information equally from Beverly Engel who’s an internationally recognized psychotherapist and an acclaimed advocate for victims of sexual, physical, and emotional abuse.

The author of 22 self-help books, her latest book is entitled, It Wasn’t Your Fault: Freeing Yourself from the Shame of Childhood Abuse with the Power of Self-Compassion. Engel is a licensed marriage and family therapist and has been practising psychotherapy for 35 years.

These two ladies explain the importance of understanding the history of each individual. They cannot stress enough the importance of choosing a therapist who is knowledgeable about the control dynamics of relationships with a therapeutic stance on therapy.

I believe that we should all be taught about verbal abuse as children; it is the most dismissed and minimized type of abuse and is so destructive to the very soul of men, women, and children. Change is essential for the essence of each individual to ensure we do not lose ourselves forever.

Verbal abuse is an assault against freedom.

People ask, “How can someone’s freedom be lost if they have not been physically hit?”

But either overt or covert verbal abuse is as damaging as physical violence because it opposes human consciousness itself. For instance, if someone counters everything their partner says and then tells them there is something wrong with them when they are asked to stop, this is soul-destroying.

Verbal abusers often say they didn’t say what they said to their partner, or it wasn’t that bad (rewriting history). Doing this defines our partner and makes them second-guess their perceptions. It eventually creates a loss of self and becomes exhausting. Our immune becomes compromised, and this often results in the person getting sick and worn out.

Each time this occurs, they experience emotional pain over and over, and each time, the verbal abuser cannot see or hear them. At some more profound level, the reality hits that there is no relationship for a minute. Then, all of a sudden, they are open again hours later, asking something familiar like, “Is dinner ready? How are you?”

So the relationship that is between two living beings is reconstituted. Still, later on, they define us. Once again, we feel unseen and unheard, so the relationship is open, then it ends, then it opens, then it ends again—it’s an ongoing assault to the psyche and a roller-coaster that is stressful. The stirring emotional pain and anguish begin to be the very thing we fear. Soon, the fear is as if it’s been tortured.

Then we start thinking if we say or do things differently, then maybe it won’t happen again. Still, we realize we cannot make it stop because we don’t have any control over how others treat us. Often, the partner who uses verbal abuse is unaware of their actions. But the one abused feels overwhelmed and helpless by fear, after being abused for many years.

Abuse usually starts in early childhood by caregivers, then by partners, then by so-called friends and colleagues. There are valid reasons why we don’t just up and leave because we often believe the lies and blame ourselves.

This insidious cycle is where we might lose our mind and realize that change is a must.

We must balance the masculine and feminine within us all and accept each other equally. We all have the right to defend ourselves and stop the verbal abuse. 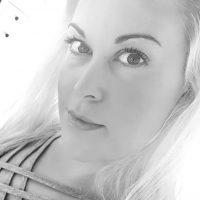 Gemz Louise is from Manchester United Kingdom, and is a full-time mum with a passion for writing about everything wellness. Gemz has small therapeutic sewing shop and is openi… Read full bio