10 Podcasts that will Reawaken your Sense of Wonder. 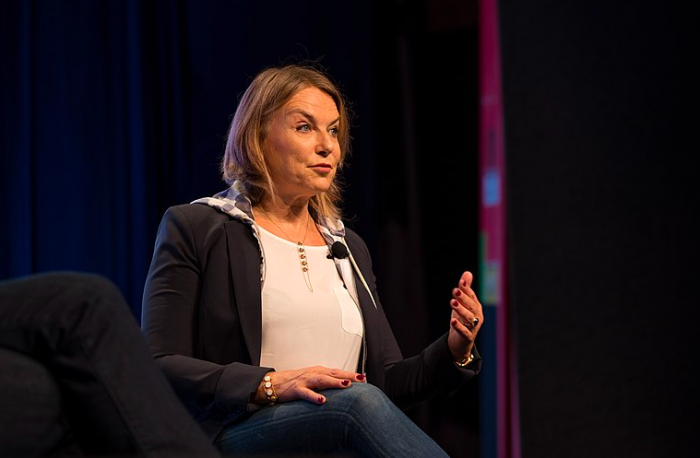 On an emotional level, I can be somewhat complicated.

There is just something about stories of love and humanity—especially when they are produced really well—that cause my eyes and throat to burn a little and then, tears.

These podcasts have all awakened a sense of wonder inside of me. Right now, with the political climate being what it is, I don’t necessarily encourage escapism, but I think we can agree that we could all use a little break from reality once in a while.

That being said, here is a list of 10 podcasts that have made me a little emo from time to time. (Most I recommend binging from the beginning):

Jonathan Goldstein is, in his own way, one of the most talented podcasters I have ever heard. He began by doing segments on early episodes of “This American Life,” but when he started his own podcast, “Heavyweight,” his genius became apparent. His humor is rare and infectious, but he will transport you to a different emotional state before you realize what happened. You will get to the latest episode, after listening to five seasons, and look to see when the next episode is scheduled to air.

Harris Wittels was a comedian who got his break writing for “The Sarah Silverman Program” and then went on to work his way up as an executive producer and writer for “Parks and Recreation.” He died at the age of 30, tragically of a heroin overdose. Like so many other young Americans, his sad journey began with prescription pills. His sister, Stephanie, trying desperately to understand how this horrific fate keeps happening to so many young people, began a podcast called “Last Day.” This initially sounds as if it may be sad and a bit morbid, however, most of the stories include a resolution of redemption that will fill you with an incredible sense of gratitude. Give it a chance.

This podcast possesses the unique distinction of being the first podcast to ever be made inside the walls of a prison. Nigel Poor and Earlonne Woods are hosts in this poignant and touching exploration of life inside of San Quentin, and instead of employing the common prison documentary themes, it focuses primarily on the storytelling talents of some colorful and sometimes, time wisened, prisoners.

4. Terrible, Thanks For Asking.

Sticking with the theme of things that seem counterintuitive, TTFA does not, at first appearance give the impression of a podcast that will rekindle your sense of wonder—but counterintuition is where most of life’s beauty resides. Host, Nora McInerny, the master behind the TED talk called “We Do Not Move On From Grief…” (five million views) takes us into dozens of lives that have been visited by a devastating loss and illustrates how resilient people can be in the face of it.

This NPR presentation is led by Shankar Vedantam and opens doors into human behavior and how it finds its way into current events and conditions. Trying to remain as politically unbiased as it can, and doing a decent job of it, there are episodes that deal with everything from how laughter improves our health to how constant social media scrolling warps our brains. The top-notch production makes the hour zoom right by and leaves you in a much better state than you arrived with.

Meredith Goldstein, the love advice columnist from The Boston Globe, gets together with her sister Brett and many of her other friends to help readers sort through some of the greatest challenges we face in present-day dating. Again, perfect binge material. It’ll give you all the feels.

Two words: Brené Brown. Seriously though, with guests like Judd Apatow, Glennon Doyle, and Joe Biden (yes, I said Joe Biden), this podcast will open your mind and leave you considering things that are not toxic all day long. I mean, have you ever seen or heard anything by Brené Brown that doesn’t make you feel better about being alive?

These podcasts are an excellent source of some of the greatest talks Baba Ram Dass has given in his life. The first one I stumbled upon focused on our acceptance of the aging process (Episode 31: Aging and the Awakening) and the guru had the audience in stitches. Do yourself the kindness of looking it up and experiencing it for yourself.

9. Where Should We Begin.

If you’ve ever had the great fortune of seeing Esther Perel’s TED talk, “Rethinking Infidelity,” then you already know that she has not risen to fame arbitrarily. She is gifted with an all-knowing, all-seeing gaze into the human heart. No matter what wounds you are carrying around with you and no matter how deeply they’re embedded, she’s going to get you in one of the episodes and the floodgates will open. Fair warning.

The podcast, borne from The New York Times column of the same name, is a choice that is practically an institution at this point. Daniel Jones, the editor of the column and producer of the podcast, receives close to 1000 essays per month and only a few of them make it in the Times. The truly exquisite ones make it to the podcast. Then, if that wasn’t compelling enough, they get the greatest actors in the world to read them—Marisa Tomei, Alicia Keyes, and Molly Ringwald—to name a few. If this doesn’t reignite your sense of wonder, check your pulse.

Also, as a parting gift, if you have children, check out Hank the Cowdog podcast with Matthew McConaughey as the Cowdog.