If Only I Knew it Would be the Last Thanksgiving with my Grandmother. 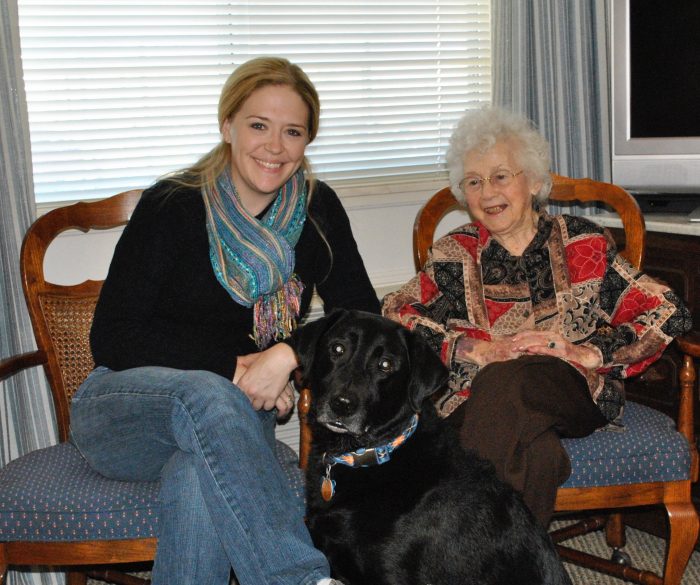 Every year, we would drive the nearly 11 hours to west Texas to spend Thanksgiving with my grandmother.

It was the 80s then, so we folded down the seats of the suburban, put blanket on top of blanket, and my sisters and I would pile on top in the back at 4:30 a.m. in the morning, laying down next to each other, falling back to sleep.

My mother would get in the passenger seat with her book in hand, and my dad would slowly back down our driveway and head west.

As we got older, our methods of transportation and the routes we took changed from planes to new highways to new cities, where we may have lived, and with more safety protocols than the 80s recommended.

But Thanksgiving in San Angelo, Texas, was a tradition—one that I loved the most. We would eat traditional Thanksgiving dinner and pecan pie desert, play domino and cards, and watch football games on the TV.

On Fridays, my mom and sisters would get up early for that Black Friday sales at Target, I slept in, my dad would find something to fix in the garage, and my grandmother would do the crossword puzzle. We would make our way downtown to the old general store to buy trinkets and fudge and to a local art fair for pottery and hot apple cider.

Every night included more games, eating, and storytelling. I loved listening to my grandmother talk about growing up and her family. She talked about my grandfather courting her when he learned they were both widowed, single parents. We may not share a DNA, but we shared something better.

We had a special relationship. We wrote letters, eventually emails, and she would tell me what she was up to, and I would tell her about my latest school blunders, work updates, and, of course, relationship failures. She lost three loves of her life, so my stories about heartbreak from a short-lived relationship wasn’t something she could really empathize with, but she would still indulge me and provide advice when she could.

It was 2004 when I was at her dining table enjoying pecan pie for breakfast when my mom and sister came running through the front door. Simultaneously, but with a half a beat off, they said, “Haddles, we found Concho.”

They said what looked like a lab puppy came running out of a garage when they were running by a house nearby. They carried him back only to find out the people who lived there had only been giving him a place to sleep. He was a stray they had planned to take to a shelter, but it was closed for the holiday.

A few minutes later, my teeth were brushed, and my pajamas had been exchanged for jeans and a sweater and off in the car we went. I wasn’t sure how to tell them on the way there that I didn’t want a lab, but I would at least see him. We pulled up to the house, I opened the car door from the back seat and took one step onto the lawn in front of me.

This black lab puppy, maybe 15 inches from paw to spine, started running toward me. His lips were too big for his face, so they pulled back from the wind and showed all his baby teeth as if he was smiling because he knew me. He was so excited that his back legs tried to run in front of his front ones. He clumsily jumped into my arms, I fell back, and I laughed. It had been a while since I had laughed like that. I said I would be back in a few hours with a leash and a home for him. I was already in love.

Throughout the years, Concho made his way back to San Angelo with me for the holiday. Along with all the other traditions we had, it now also included a walk with my hound and a pat on the head for him from my grandmother.

In 2011, I leaned in one evening after playing cards and said, “Grandmother, I have something to tell you. I have accepted a job in Santiago, Chile, and I am moving there in January.” I can’t explain her smile, but the whites in her eyes started to sparkle a bit brighter.

“Good for you,” she said quietly. When I hugged her goodbye that night, knowing we were getting on the road in the morning, she whispered in my ear, “I’m proud of you; keep emailing. This will probably be the last time we see each other.”

She was in good health, but she was also ready to go when it would be her time. And according to the numerous “Do Not Resuscitate” papers she had pinned to every wall of her home, she wanted to make sure there was no mistaking that.

Two years later, a month before Thanksgiving, I was in my apartment in Chile, packing my bags to spend six weeks in India when I got the call: my grandmother had peacefully left her earthly body.

I took a walk to a park nearby to lay in the sun and speak to my grandmother as she made her way through the golden gates. I laid down in the grass and closed my eyes. There were no clouds in the sky, and the wind blew ever so lightly over my face. I started to talk to her, wishing her peace, and apologizing that she was right that we didn’t get to physically see each other again.

Because I had this new adventure planned in just a few short days, I needed to know if she would forgive me if I didn’t go to her funeral. I felt the tears falling down the sides of my face as I hoped I would get a sign of her approval. After a few minutes, in the distance, I heard a man yell, “No, venga. Venga. Venga.” Just as I turned my head and opened my eyes, a black lab puppy rushed toward me and started licking the tears from my face.

I got the sign, and on Thanksgiving day, from an ashram off a dirt road in northern central India, 33 other humans together sang “Amazing Grace” while I cried and quietly said goodbye.

For anyone wondering, Concho is still with me and about to spend his 16th Thanksgiving with me. 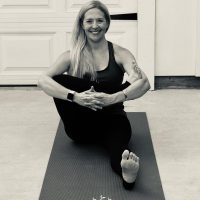 Hadley McClellan is a conference organizer by day, yoga teacher by joy, and an aspiring writer by hope. She loves to travel and hike. Hiking became a passion of hers when she … Read full bio