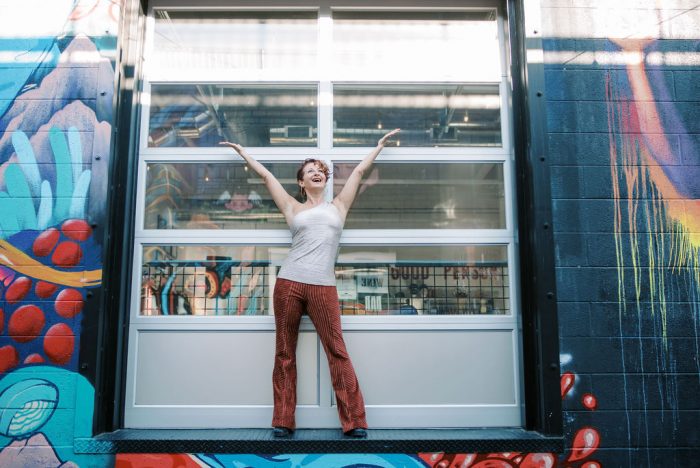 I started trauma therapy last year after feeling like my mind was spiraling out of control. I couldn’t focus, I felt so fragmented, and I was just filled with fear and rage—unfocused rage that wanted to be set loose on the world.

There’s a perception of certain cultures as hot-blooded. I’m a perfect mixture of two of them, being half Italian and Colombian. My blood boiled in my veins for the majority of my life, and I conveniently blamed my explosive temper on my ethnic backgrounds.

But the rage I felt last year, that was different. This rage was slow-burning and insistent, not explosive or quickly extinguished. This rage would not be ignored or pacified and it was beginning to consume me whole.

I did all the things I was supposed to do to manage my temper and moods. But still felt like I wanted to tear the world apart: All. The. Time. But the worst part was when I desperately tried to convince myself that having a clinical psychology background coupled with everything I had learned from the last 12 years as a yogi would totally allow me to do this…again…by myself.

Oh, the lies our minds tell us to keep us “safe.”

My breaking point came on November 11, 2019 (exactly one year to the day), as I sat in a class chasing a dream I didn’t really want but felt obligated to pursue. I just felt exhausted and physically sick at the thought of having to study for another test in a class I was forced to retake as a prerequisite because my original course was considered to be too old. I felt trapped, resentful, and just plain terrified but had zero idea why I felt this way.

I knew I needed someone who didn’t live in my head or house to help me.

I emailed, called, and texted every female therapist I could find in my immediate area, because for some reason I knew I needed a woman to help me with whatever this was. Two days later, I had an appointment with a woman who is a gifted trauma therapist.

Fast-forward to February 2020, my husband is out of state teaching and had caught a really nasty “flu” but thankfully recovered without incident. I added a yoga therapist to my treatment team because I tend to intellectualize certain emotions instead of actually feeling them. Yoga therapy helped to pull me out of my head and back into my body, allowing me to feel grounded and make further progress toward healing.

By late February, I had figured out I didn’t really want to pursue another degree, and after agonizing with the guilt and shame of quitting, I withdrew from all my classes once and for all. Three weeks later, the announcement was made: we were going into full lockdown. My husband flew back home the day before it began.

Now here’s the thing—while everyone else was freaking out about not being able to do this or that, I finally felt as if I could take a full breath. It was almost like my subconscious or soul just knew what was in store for me.

Surprisingly, I found comfort in slowing way down. The extra time forced me to sit with my own company and thoughts. It gave me the opportunity to look at all of my fragments with a new detachment and make the connections between my experienced trauma and the specific pain and discomfort patterns I feel within my body when I try to just manage my feelings.

As the months passed, I felt pieces of myself tear apart and re-stitch—building something stronger. Some things fell to the wayside naturally, and I allowed myself to grieve their loss. Others I’ve had to consciously and actively work toward changing or eliminating because they were so deeply rooted in my trauma.

The lockdown eliminated all of the distractions that would have normally pulled me away from placing myself front and center. It allowed me to discover aspects of myself I had locked away in the dark that were starved for recognition and love. By shedding light onto those fragments, I developed a profound understanding of how my past experiences have influenced me.

I began to see the patterns behind my behaviors and named them the whys behind my I’s. They’re the old belief systems that served to protect me in the moment, but warped into something that wound up severely hurting me in the long run.

We’re heading toward the end of the year, and while we’re still experiencing various degrees of quarantine, the insanity of our recent election, and the uncertainty of how our lives will unfold, I feel stronger, more grounded, and better equipped to deal with what’s thrown at me. The rage has almost completely subsided. In its place is a calm confidence and a deep understanding of myself. I feel empowered and vulnerable at the same time—a balance I never thought I’d comfortably achieve.

But the best part of my journey has been reaching a place where I love and value all of my parts (not just the pretty, shiny ones) and for the first time ever, I truly love being in my own skin. 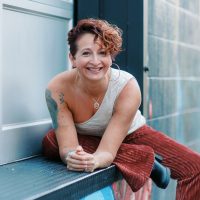 Kris Daza-Taylor is here in all her imperfect glory sharing what she can with the world. The roller coaster isn’t going to stop and neither will she. Standing strong in … Read full bio