How to Begin Healing from Generational Trauma. 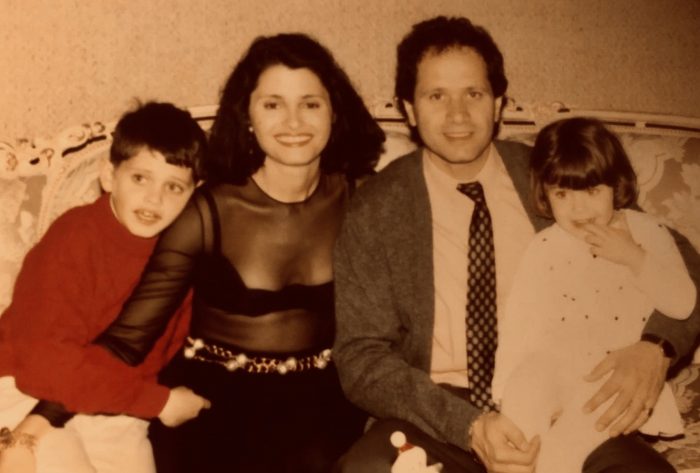 “Tell them to stop yelling!“

My brother was pleading for me, an anxious seven-year-old at that moment, to stop our parents from screaming at each other.

The space heater was built into the wall, dividing the back of the house to the living room. We were keeping our ears near the slits of the furnace on the side facing our bedrooms.

I was five years younger than my brother, who was squatting on the hardwood floor near the corner as I was standing looking down at him. The words of response I’ve now forgotten, but my body’s reaction and recollection of feeling hold a visceral imprint.

I remember the ferocious emotion coming out of my strong pair of lungs. Considered the “cryer” of my family, they were used to my mouth not being shut.

I stood at the opening of the doorway, ready to draw my sword.

Painful events in childhood can be a weight that we carry, or they can be defining moments of illumination.

It was a short-lived scenario, but it trails with me 25 years later.

I am a first-generation Lebanese, born and raised in Los Angeles, California. I was exposed to the lifestyle of the West, and the culture of my family naturally infused into my day-to-day. The way the Lebanese community takes care of each other, passion in their boisterous voices, how they perceive and express humor, and how their movements add color to storytelling.

The volume and tone of their voices were distinct when in the heat of an argument.

Even as kids, we knew their dispute was cutting deep that day. Like the racketing of a fireball, the back and forth of their quarrel was the sparks that rubbed off the deeper dissonance happening in their relationship.

My brother’s need for help allowed my own fear and discomfort to become the canary in the toxic mine of verbal reproach.

I don’t remember anything else after my young roar of fighting courage, but things changed—a healthy route which led to separation and divorce soon after.

Memories are few and far between from those days, though feelings of sadness and loneliness were brought into my life in a new way.

Gabor Maté speaks about childhood trauma, the connection between mind and body, as well as addiction. He shares his definition of trauma in an interview:

“The origin of the word ‘trauma’ is the Greek for ‘wound’. Trauma is a wound. How I think about it is that if I wounded you, if I cut your flesh, the healing would involve scar tissue forming. If the wound was great enough, you’d get a big scar, and it would be without nerve endings so you wouldn’t feel, and it would be much less flexible than your normal tissue. Trauma is when there is a loss of feeling, and there is reduced flexibility in responding to the world. This is a response to a wound.”

As a young girl playing a role in those few minutes, attempting to douse flames of bitterness and anger affected my psyche. But this was only one piece of the whole. The cracks in their connection were fracturing long before that moment, and this unhealthy dialogue was something witnessed more than once.

Tending to my old wounds has offered the backbone to making sense of my own behaviors and triggers, like being straight-out mean or acting cold to the people I am closest to.

Where does this root from?

When I began to look back into the archives of my memory, I started to communicate with who I was then, in a way that offered perspective and kindness. This took on the form of somatic dialogue with my inner children, each one of them, meeting them where they met trauma for the first time.

“Each of us must reclaim the autonomy we lost when we parted company with our ability to feel what was happening within. That lost capacity for physical and emotional self-awareness is at the root of much of the stress that chronically debilitates health and prepares the ground for disease.” ~ Gabor Maté

There is beauty in this painful reflection, and time has given much-needed space for healing. These moments of trauma hold pieces of understanding if explored, with something significant under the distortion.

Behaviors are carried down generationally.

We mimic our parents’ behaviors from the moment of birth, and Theoharis Theoharides shares that:

As I am given a choice to respond to breaking cycles of intergenerational trauma, so are my mother and father. They’ve made choices in their lives to further cultivate healthier dynamics within themselves and their relationships, tuning into more heartfelt communication.

Experiences that seem rather tiny compared to the seemingly infinite frames of moments we go through can hold gravity.

Where sacred scars and newfound growth meet, there’s so much more to embrace every day,

Let’s choose to intentionally move in the direction of being who we are, organically. Refining our skills of self-honesty and regaining balance through our innumerable stumbles along the way.

Finding that nook inside of ourselves to be okay with it all.

Maybe even loving it. 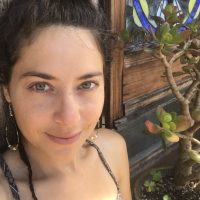 Priscilla Chamoun lives on the skirts of the misty, ancient redwoods trees, near the Pacific Coast in Northern California. In practice as a massage therapist for the last seve… Read full bio