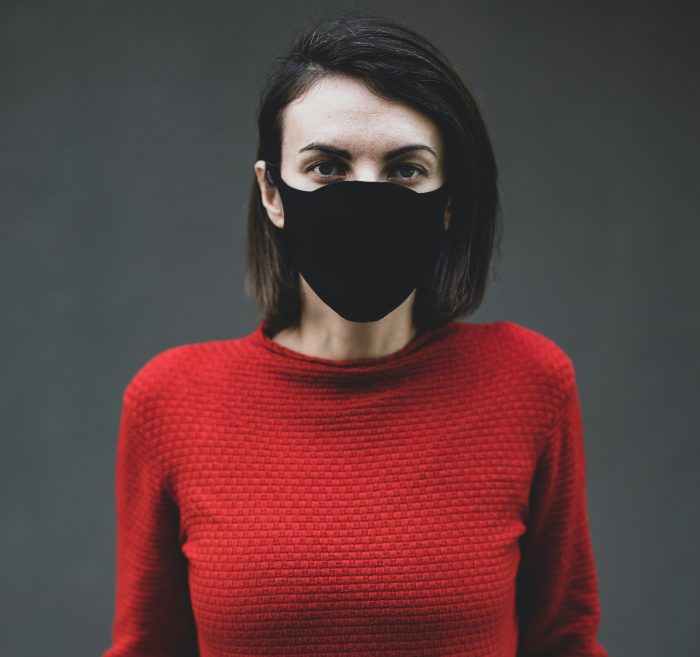 In our modern world, many of us are wondering how to protect ourselves against illness.

We can, it turns out, strengthen our lungs so that they stand a chance against a nasty virus. Read on to find out how ancient breathing practices could be the armour you need this winter.

In an April 2020 study published in the American Journal of Medicine, it concluded that “Diminished respiratory muscle performance may contribute to the overwhelming burden imposed on health care systems due to viral pandemics. What is more concerning is that the frequency of viral pandemics and the prevalence of the global population in poor health associated with impaired respiratory muscle performance are potentially both at the tipping point. In nations with high economic development, poor baseline health is now, unfortunately, the norm; obesity alone is present in 42.4 percent of the adult population in the United States and continues to increase.”

In Ayurveda, almost all pranayama techniques will help strengthen respiratory muscles, but only a handful focus on strengthening specifically inspiratory muscles. The diaphragm is the body’s major and most important muscle of inspiration. It is also one of the body’s major lymphatic pumps, primarily pumping lymphatic and undigested waste from the entire abdominal cavity.

In one study, four weeks of respiratory muscle training, where inhalation was restricted by 50 percent, has been shown to reduce hospital length of stay, mortality, and risk of intubation in patients at risk for prolonged hospitalisation. In patients on ventilators, respiratory muscle training improves weaning outcomes and reduces hospital length of stay.

Bhastrikā / bellows breath is a series of deep, forceful, maximal inhalations and exhalations, allowing breathing to mimic a bellows. The benefits of bhastrikā have been found to support the brain, mood, memory, heart, and lung health, as well as helping the body cope with stress. I have been teaching bhastrikā as part of my One–Minute Meditation for decades with profound clinical results.

Bhastrikā is both an inspiratory and exhalatory exercise for the respiratory muscles. It is rare to fully contract and relax the diaphragm in modern life, when most of our time is spent sitting, slouching, or in shallow breathing.

Bhastrikā outperforms running in Lung Function Tests. In a study of 30 men ages 18-30, half practiced bhastrikā for 15 minutes and the other half ran for 15 minutes. They performed these activities six days a week for one month.

The bhastrikā group saw significant improvements in numerous lung function tests compared to the running group. Forced vital capacity, forced expiratory volume, peak expiratory flow, and maximum voluntary ventilation of the lungs were all higher in the bhastrikā group. Only peak expiratory flow rate and maximum voluntary ventilation improved with the running group, but not as much as in the bhastrikā group. Researchers concluded adding pranayama to athletic training could greatly enhance aerobic performance in healthy individuals and athletes.

Learn the benefits and how to perform bellows breath / bhastrikā here.

Kapalabhati is derived from two words:  kapala, which means  skull, and  bhati, which means to illuminate. Kapalabhati is designed to accelerate breath from the lower abdominals, through the lungs, into the skull, supporting healthy drainage of toxins from the brain lymphatics (glymphatics), thoracic cavity, and abdomen.

The emphasis of kapalabhati is on exhalation, where the diaphragm is relaxing. The abdominal muscles forcefully contract against the diaphragm, creating a powerful abdominal-diaphragmatic-cardiac massage, which supports healthy diaphragm function.

During kapalabhati pranayama, all five lung lobes are oxygenated, whereas, during normal respiration, the lower lobes of the lungs are unused and considered dead space. Oxygenating the dead space not only boosts the oxygenation potential of breathing but enhances detoxification and fat burning—this weight loss potential is found mostly in the highly vascularized lower lobes of the lungs.

Learn the benefits and how to perform kapalabhati here.

Numerous studies have been done on the benefits of pratiloma but under a different name. In Western medicine, this technique is called inspiratory muscle training (IMT) and has been found to be an effective treatment for numerous health concerns, including breathing afflictions, heart health concerns, and digestive issues (such as GERD and reflux), along with significantly enhancing athletic performance.

IMT has been effectively used in physical therapy to support healthy breathing for patients with compromised breathing.

In hospitals around the world, devices are used to increase resistance during inhalation to strengthen inspiratory muscles, primarily the diaphragm. These IMT devices typically restrict inhalation airways by 30-50 percent. Pratiloma can do the same by simply taking a full, deep, and maximal inhale with the nostrils partially closed.

Learn the benefits and how to perform pratiloma here.

Watch the attached video for a demonstration of this practice.

This is my favorite sequence for building lung strength. Practice 3-5 rounds 2x/day.

Note: As with any breathing practice, check with your medical doctor before starting a practice. Never practice breathing techniques near or in water or while driving. Pranayama techniques are designed to be comfortable. If you experience any discomfort or dizziness, contact your primary care provider.