That’s all I’ll ever Remember: The Girl in Construction Boots—a Story of Young Love. 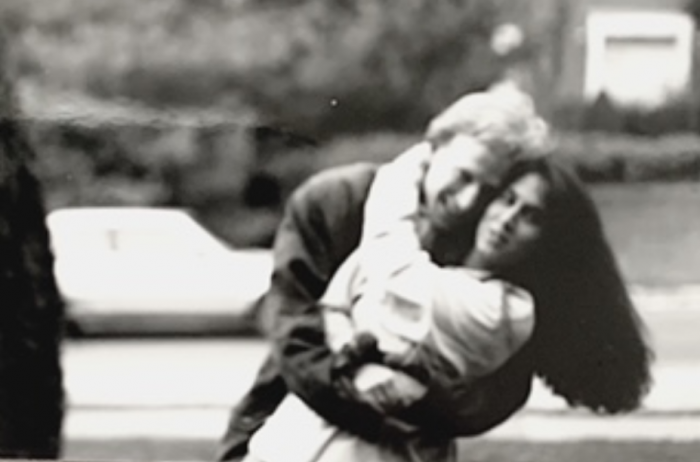 We went to the party late even though it was far from us.

I wore baggy jeans with holes in the knees and a black, tight, fitted sweater. I threw on some beat-up Timberland boots that I called sh*t kickers; they reminded me of home. I was living away from everyone for the first time and felt homesick. My hair was dripping from the shower I took five minutes before—and the scent of coconut from the shampoo I bought for school followed me on our long walk.

I was scared to go inside the house. The blue paint of the facade was decrepit and dirty, and the place looked haunted. Through the downstairs window, I watched a group of boys in dark clothes, bobbing their heads to the Smashing Pumpkins and waving their hands freakishly. I’d have preferred to stay outside with the other stragglers, but my friends pulled me inside with them. I had never been to a party with that many people before. Everyone compressed together in clumps, screaming to be heard and drinking beer that smelt like urine.

I didn’t belong there. No other girl had wet hair and they wore shiny, black penny loafers with crisp white socks.

I pushed through a big cluster of people to catch up with my friends, hoping someone wanted to leave too. We stopped to talk alongside an open bedroom door. I’m not sure what drew my attention to the room. Maybe it was the music or the smoke enveloping us. Bob Marley was playing amidst a large cloud of earthy smelling smoke, and a group of people moved about effortlessly in the small space. Their collective voices reeked of self-certainty while they toasted and clinked their glasses.

He was leaning against a desk inside and looked out towards us. I could see the corner of one of his eyes clearly. I tilted my head to see more of him—and caught him smiling at someone. I paused to listen to his quiet laugh, and I watched as he pulled a blonde-haired girl in polished penny loafers into his chest. I wondered if they saw me looking at them. I heard the door close shut, but I was further down the hall by then, lost in my wanting for him.

Three years later, I felt him walking close behind me on my way home from class. I had this sense that something I wanted was within my reach. I guess I could taste him—the desire, the aching, the need to be with him. He had filled my thoughts and my daydreams. I twisted myself slightly to the right to see his almond-shaped eyes. My chest was warm, and my palms were wet. I slowed down, turned to face him, and smiled to say hello. The corners of his mouth arched upwards, and his eyes smiled back at me.

I was accustomed to being greeted with bravado, maybe a nod, but he spoke beneath his breath once he said hello. He mentioned something about being in the same class. But, nothing he said registered. I was stuck on the soft tone with which he spoke. He walked with me to my apartment, and I watched from my porch while he walked away. I could feel the peaceful rhythm within each one of his steps. When my gaze fell downwards towards his narrow waist and onto his hips where his jeans hung ever so slightly, he turned around. Our eyes connected from my porch to where he stood. I knew he must have felt my pining, and for a brief second, I felt ashamed. He laughed, though, his quiet laugh. We laughed together, from the distance.

Three months later, I lay beside him in his bed, his feet twisted between mine, and my arms wrapped around his hips. The room was cold in the middle of the day, and we curled ourselves up in his brown down comforter. His eyes sank into mine like he was listening, even though I didn’t say a word. Cat Steven’s greatest hits played on his stereo, and we sang, my head resting within the nook I found beneath his shoulder.

“Do you remember that party in the big, haunted house a few years ago?” I asked him.

“We had so many parties in that house, they’re all a fog,” he answered.

I envied that about him—his narrow focus, the ability he had to hone in on what is right and what is good. Some people don’t need comparisons, hindsight, or lived lessons to know what is important. They don’t cling to something or someone out of fear, and they don’t let go too easily either. They just flow through life with clarity. I wish I could have been one of them. 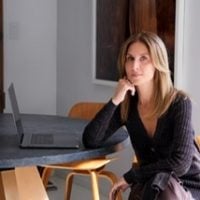