Trickle-Down Trauma: The Truth about Intergenerational Trauma & How it affects all of Us. 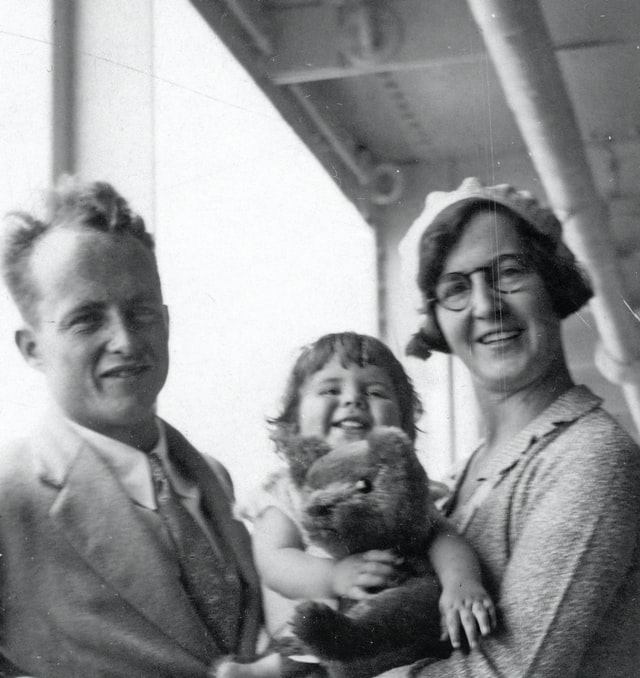 Here is the truth about intergenerational trauma.

You have it. Your parents, too. Likely, grandparents and great-grands as well.

You have it; they have it; we all have it even if we think that it is not true.

There is a lot to be said about epigenetics and the intertwining between it and intergenerational trauma. But I am not here to hammer out an ultra-scientific piece about that.

I should say that I am not one for new-aged “stuff.” I do not think anybody needs a coffee enema or that I must have my body detoxed through my feet with an ionic thingy in water.

I do 100 percent believe that we are all just little trauma storers of flesh and bone. And if you think that’s quacky, that is fine. It might shock you to learn what exactly intergenerational trauma, or as I like to call it, trickle-down trauma is, though.

We are all carrying around loads of trauma. Some from our own lives in childhood or adulthood alike, and some from previous generations.

I want to be clear about the context of the word “trauma.” Trauma does not mean locked in a closet and deprived of food, beaten, deprived, or neglected. It means, by literal definition, a deeply distressing or disturbing event. Trauma can and does mean both, though.

It’s important to understand that when I say we all have trauma, it is this broad spectrum. For most, trauma and specifically intergenerational trauma is shadowy.

For example, my great grandmother was raised in the Great Depression. As a kid, she used to give me a couple of bucks every now and again to clean out her pantry. To my shame now, I would make such a big deal out of why she still had canned goods from years before. I could not understand it.

Really though, she probably did not understand it either at the time. For her, she could not get rid of food because she was raised at a time when her family genuinely went without food and had to make do with practically nothing. And because of it, she was the most frugal woman I have ever known. Before I came along, her parenting reflected that, too.

We are all raised in the shadow of what was not healed or addressed in previous generations. And that gets messy when it is applied for deeper, broader, more damaging familial events.

What happened to our parents in childhood is likely a result of what happened to their parents and so on. Why? Because we adapt to trauma. Trauma responses often come about as either a means of survival or as coping mechanisms. These responses can become so deeply ingrained that pieces of our personality develop as a direct result. Sometimes, what’s considered generational personality traits are trauma responses that continue to repeat because the original wound is never addressed or healed.

A simple and silly example of this is that when I was a kid, I could not understand my mother’s extreme aversion to stopping to visit folks. I heard her and other adults exchange goodbyes that ended every time with, “Y’all come to see us” or some other such Appalachian phrase. Every day on our drive home, I would ask why she would not make good on these offers—smugly thinking to my little eight-year-old self that I would visit people when I was a grown-up. Alas, that would not come true.

Sometimes, we can become so hyper-focused on the not becoming parts that we fail to develop our own true identities. This plays out in situations with adults who fear parenthood because they have a deep-seated fear of becoming like their own parents.

In more extreme cases, such as sexual abuse, incest, rape, extreme neglect, or abandonment, the intergenerational trauma can go undetected for many generations—largely because all these family dynamics are extremely toxic and dysfunctional. Any time any family is placed in a situation that any of the above-listed travesties occur, the entire family is subjected to keeping the family secret. All members of this family, three, four, and five generations later, are born into a system in which their utmost responsibility is keeping this secret because their very survival in this family unit is dependent on it.

Toxic family systems and trauma are nearly synonymous; one cannot exist without the other. It, quite literally, trickles down from generation to generation.

Families that house extreme amounts of intergenerational trauma often struggle to form relationships with each other. The atmosphere alone breeds tiny threads of resentment within the familial unit and because of this, these families can appear to have cliques. One or two siblings and their children get along better than others or they become nearly separated from everyone else. Connections can lack trust and sincerity and there is an air of “us versus them.” Almost always, the lack of connections and the “us and them” dynamics were formed in childhood. We see this in birth order studies and toxic family systems in which one child is the family scapegoat and one child is the golden child.

Intergenerational trauma can also be observed in the physical sense, too. Psychological studies now link excessive weight gain to some form of trauma. In adults who suffered some form of sexual abuse, incest, or violence, often, weight is carried in the midsection. Belly fat is often a result of an internalized notion of protection, triggered by the autonomic nervous system.

While this may sound silly on the surface, breaking it down a bit further, we can see that it makes sense that the nervous system designed to protect us would store extra fat cells where our internal organs are. Sometimes, morbid obesity is linked to trauma because many people, especially women who have been assaulted, feel as though the extra weight will stop anyone else from violating them. This weight is often blamed on genetics in family systems. Grandma so and so “had a little fat belly and you have it, too,” for example.

If any of this sounds like you or your family, or you are simply curious, I highly suggest the books The Body Keeps the Score by Bessel Van der Kolk and It Didn’t Start With You by Mark Wolynn.

Increasing self-awareness and identifying patterns of behavior can be extremely helpful and healing in all aspects.

It only takes one person to break a century-old cycle. 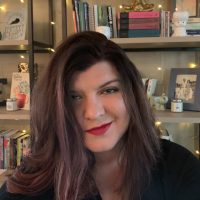