Yes, Trumpism is a Cult Mentality. 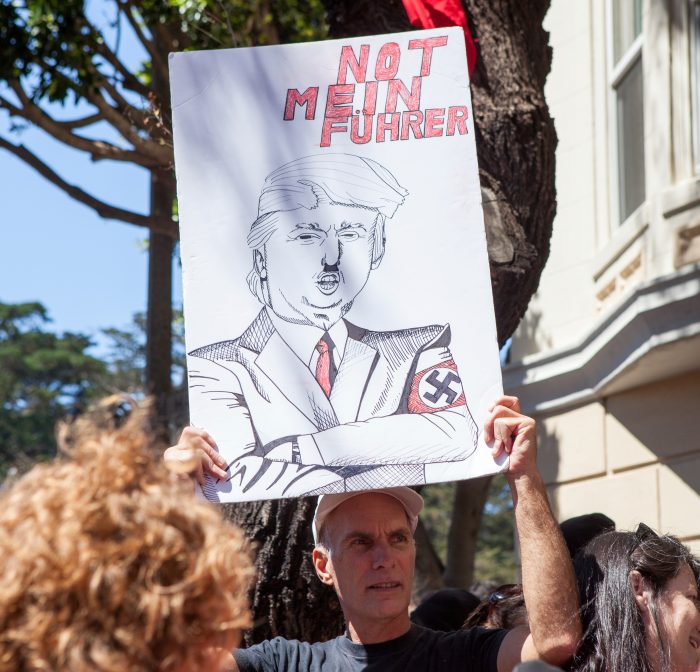 The notion that President Trump has a cult-like control over his supporters has been bandied about by various pundits both in print and cyberspace.

It’s not the most original idea, yet I tend to agree.

Unlike them, however, I was a willing participant in what could be designated as a cult, and therefore, understand the mindset that allows someone to ignore their personal values and follow a charismatic leader who blatantly violates them.

For a decade and a half, I lived in a “spiritual” community that, while never intending to be a cult, for a few years, sank into a cult mentality, the effects of which decades later still haunt and traumatize its members.

I lived there during that period and admit to being a true believer. I feel no embarrassment in stating this. It was a learning experience, and if anything, allows me to understand why otherwise decent people uncritically follow someone as corrupt and dangerous as Donald J. Trump. We freely gave our leader omnipotent power and without knowing it at the time, surrendered our individuality. By that decision, my community manifested the textbook definitions of cultism and I see it mimicked by those who make up the hard-core followers of the president.

“Trumpism” is truly a cult mentality.

The main tenet of cultism is that the individual surrenders their integrity and authority to the leader. Cult members allow themselves to believe anything the leader tells them, no matter how contradictory, amoral, deceitful, or irrational. They manifest cruel and insensitive behavior they would have previously considered unthinkable and sanction questionable acts in the belief that the ends justify the means.

Trump is correct. He could murder someone on Fifth Avenue and still get reelected.

In a cult, you are either a true believer or the enemy. There is no middle ground, no compromise, no discussion. The critical opinions of the outside world don’t exist. Any follower who dares question the ideology of the leader will be turned on and torn apart by their peers. You can see this in the subservience of Senate Republicans who know in their hearts just how destructive and unscrupulous their party leader is and yet bend to his will.

A charismatic cult leader gets his energy from his followers. They are his battery. This is why Trump flies off to his rallies whenever he can. He needs to suck the adoring fervor of the crowd in order to replenish his ego and psychic strength. Shut off that battery and Trump would shrivel and shrink.

One aspect of cultism that is rarely talked about is its lack of humor and creativity. Cult leaders can’t laugh at themselves, and for the followers to do so results in shunning if not outright expulsion. The only jokes allowed or expressed are those that degrade and humiliate the enemy. Hence, cult followers are moody, suspicious, and always on the edge of paranoia. Obama, Biden, George W. Bush Jr., and even Reagan had a good sense of self-deprecating humor. Trump has none. Accordingly, the only creativity allowed is that which extols the leader. Paintings (and flags) portraying Trump could have been designed in North Korea or Stalinist Russia. Those followers with a religious bent compare him to Jesus.

Members of my community eventually created families and businesses, both of which gave individuals enough autonomy to shake off their unquestioned devotion to the leader. More importantly, they began to challenge his increasingly erratic and abusive behavior. In doing so, they rediscovered their self-worth and individuality.

In the end, cultism not only destroys the institution that gave it birth but permanently tarnishes those who were its participants. In a democracy, cultism is as dangerous as a foreign adversary. Democracy is in itself an imaginary creation that only works because enough people believe in it. That can change in a heartbeat. If 300,000,000 Americans woke up tomorrow morning believing that unicorns from outer space had taken over our government, there would be a mad rush at Wal-Mart for artificial horns. More realistically, if a majority of the American people decided that a totalitarian dictatorship was more desirable than democracy, the latter would cease to exist within a few months. That’s exactly what happened in Germany in 1933.

Worse would be if too many Americans stood by and did nothing while a cult based on unlimited power took over, assuming it was short-lived and harmless, a passing phase. That, too, happened in Germany in 1933.