Why Trump could Prove More Dangerous than Hitler. 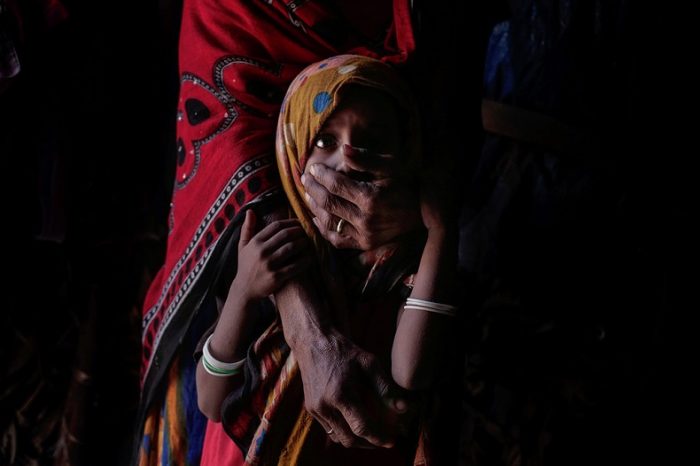 Most people would be hard-pressed to name a single leader of any major democracy in the past 200 years who is so narcissistic, so corrupt, so inarticulate, or so dishonest as President Trump.

But none have been all of these things at once, and there is arguably only a single case of a more hateful and vengeful demagogue heading a major democratic state, and the democratic system by which he came to power did not last for long.

Reasonable people do not take comparisons with Hitler lightly. His murder of six million Jews was but a small part of his crimes against humanity, which included among other things a plan to starve thirty million Slavs in Eastern Europe. His hatred was murderous and intense, and he routinely whipped himself into a frenzy of hate in his speeches.

Hence, the idea that the erratic buffoon we are so fond of mocking might prove as dangerous can seem a stretch. But whereas Hitler possessed the most powerful military in the world, that which Trump commands is better financed than the next eight most powerful militaries combined, and he possesses enough nuclear weapons to destroy the world many times over.

It was several years before Hitler backed his first military campaign, siding with Franco against the Spanish Revolution in 1936. Yet, Trump has already stepped up arms sales and logistical support to Saudi Arabia and the United Arab Emirates in their blockade of Yemen, which has taken eight million people to the brink of starvation, and according to the United Nations, it could take another ten million to the brink by the end of year.

The Trump administration has already bombed two major cities to rubble in its fight against Isis: Raqqa in Syria and Mosul in Iraq. And before North and South Korea came together for peace talks, he had taken America to the brink of nuclear war with its most inscrutable adversary. The idea that this kind of brinkmanship can be sustained without catastrophic consequences is foolhardy.

The world got a whole lot more dangerous when Trump took office not simply because of what he might do but because of what might not do as well. America has long served as the guarantor of global stability. This has meant participating in a multitude of global institutions, which can galvanize action on everything from terrorism to trade. But it has also meant punishing states that threaten the peace and mobilizing coalitions to preserve the global order.

It is no accident that the list of adversaries with which America has recently gone to war is a rogue’s gallery of the world’s most reprehensible forces: Saddam Hussein, Slobodon Milosevic, Muammar Gaddafi, the Taliban, and Isis. The military interventions have often been ill considered and punishingly stupid, but they have surely disincentivized land grabs and genocide.

But Trump has no interest in preserving the global order and is more apt to praise the dictators who want to tear it all down. This has sent would be war criminals across the globe a signal that crimes against humanity will not go unpunished, and the results have been predictable. Burma has carried out a genocide against its Rohingya minority. Saudi Arabia has stepped up its forced starvation of Yemen. Assad and Putin have intensified the slaughter of Syrian rebels. And Israel has taken to shooting over 7,000 Palestinian demonstrators, including thousands of children.

Any state with a score to settle against some restless minority knows that if it acts fast it is likely to get a free pass. So, if Israel has been waiting to commit genocide against Gaza, now is the time to do it. If Filipino president Rodrigo Duterte—who compares himself with Hitler, saying he would be happy to kill the three million drug users in his country—wants to carry out such a genocide, the leader of the free world who has praised his work can be expected to have his back.

Rather, the big question on everybody’s mind seems to be how far Trump will go in the forced expulsion of undocumented immigrants. The forced separation of over 2,000 children from their parents in just a month and a half suggests things could get quite ugly and fast, whatever the fate of these specific children, or even child separations more generally.

The problem is that if the administration wants to deport undocumented immigrants at a faster rate, they will either need to ship them away without trial, leading countless citizens to be swept up in the deportations, or else they will need to house them as they await trial. But this will mean more poorly funded makeshift camps, which will only decline in resources as they grow in inmates.

Either way, it could quickly start to look like a classic ethnic cleansing, and this means not only the degradation of its victims but also the brutalization of its perpetrators. America may possess stronger institutions than those of the Third Reich, but they are fast eroding as the chaos of the presidency spreads. As time passes, Trump appointees will increasingly dominate the military, the courts, and the bureaucracy. This means we should expect to see an ever more thorough brutality pervading the government.

The best means of preventing these multiple interlocking tragedies at this stage is to elect Democrats up and down the ballot in November as a hedge against administrative power. But the best way for the Democrats to win is to make it clear to everyone just how bad it could get.

Can Freedom Survive Without Democracy? This is how Trump becomes America’s Hitler.