10 Hidden Signs of Childhood Trauma (& How they Affect our Relationships). 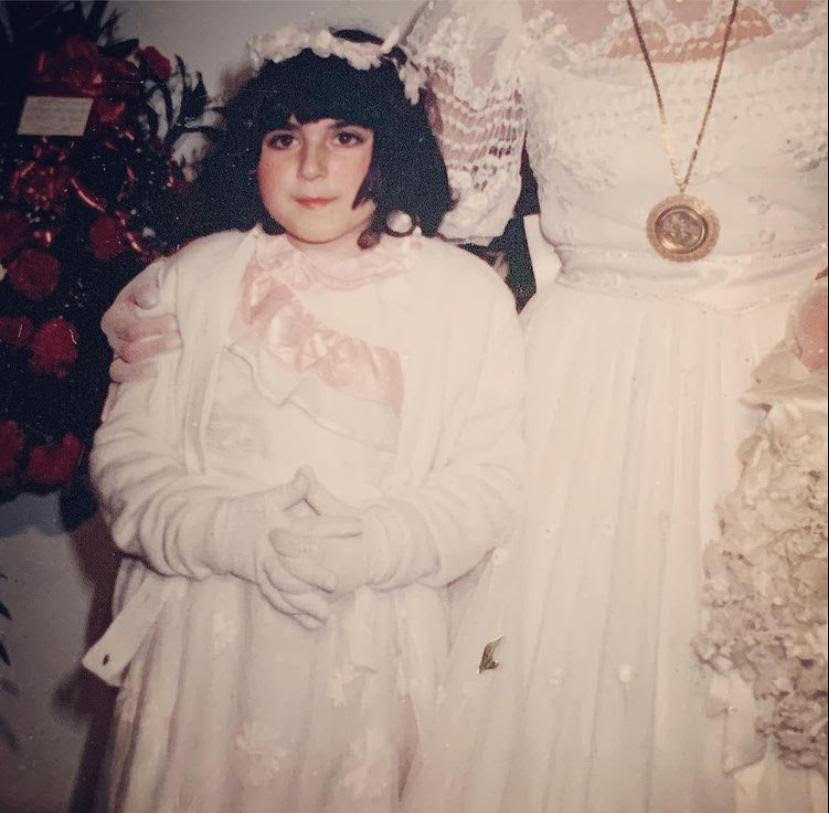 Here I am, sitting alone in a dark room, on Christmas Eve, face-to-face with this demon that I have been running away from my entire life.

Tonight, the demon called childhood trauma will be slayed out in the open.

It was Christmas time when they brought Dad back from the hospital to spend the holidays with us. I was seven years old, and by then, I was used to being taken care of by an aunt, a neighbor, a sitter, or a friend of my mother since she had to juggle work, family, and social life.

I was a jolly child who wanted nothing more than to please others. However, that year, what I was trying to get used to was the absence of the cousins I grew up with, the uncle, the aunt, and the grandparents who brought me up. They all left the country, and I found myself attached to my parents more than ever.

We put up the tree and “celebrated” Christmas the three of us, but that little girl did not know that before the new year, her life would change forever. Dad got really sick on New Year’s Eve, and he refused to go to the hospital. What I still recall is that he was so tired of dialysis and of everything and everyone.

I stood there by the bedroom door, staring at his tall, slim figure in his grey pajamas and his curly hair as he stood by the brown wooden window shutters while looking toward the sky.

A discussion with Mom followed, wailing was heard, neighbors rushed in, Dad on a chair held by two men moving down the stairs, Mom running after them, and the little girl standing there crying silently. There was a brick wall in the staircase that had small openings—I peeked through and saw the scene that my mind kept replaying for the past 33 years.

Dad was in the backseat of the green Mercedes, not moving, and Mom in a high-collar white sweater, sobbing on top of him. I am not going to go through the details of how people ripped the Christmas tree apart to prepare for the wake and the funeral, or how family members were busy fighting that a seven-year-old would not notice anything.

Needless to say, the little girl was not sent to therapy since “it wasn’t really a thing,” and her feelings were never acknowledged since “she was only a child.” The child became a woman who was in denial for so long that she did not allow herself to admit that her childhood trauma deserves some kind of attention or treatment.

Fortunately, when it’s time, the universe conspires to make things happen, especially when it comes to healing. All we need is to be attentive and ready to do our part.

The first time I ever admitted that there must be something wrong was when (a year ago) I opened up to someone I trusted, and he said that losing my father at such a young age must have been really hard. My answer was that it wasn’t so bad and that some children had it worse. But he had me thinking, and he accidentally taught me how to be kind to myself for the first time in my life.

Simultaneously, I started reading more and more articles on Elephant Journal about childhood trauma. Believe it or not, I used to disregard these topics because I was truly convinced that I wasn’t concerned. I would read anything and everything except articles related to trauma.

Here are the signs that made me realize that, as an adult, I am dealing with childhood trauma that must be treated if I want to have a healthy life:

>> Remembering the minor details of the incident, including sounds and colors

>> Overreacting and having emotional outbursts over minor issues

>> Having anger and abandonment issues. Clinging unhealthily to our partner or breaking up with them for fear they might leave us first

>> Being impulsive, careless, numb, and even suicidal at times—daredevils are not always motivated by adventure and courage

>> Being apologetic and feeling guilty. A child who grew up thinking they were responsible for the tragedy that happened will never stop feeling guilty for everything, even the things they did not do

>> Lacking self-worth, being unable to trust others, and feeling like a victim

>> Having an unhealthy relationship with food—even alcohol

>> Having chronic pain, allergies, dizziness but no physical health issues that can be diagnosed

>> Self-isolating, pushing people away, and having relationship difficulties

>> Suffering from anxiety and depression

As I always say, the first step toward recovery is acceptance. I am no longer in denial, and I am willing to try some of the best therapies that are offered today, including Cognitive Behavioral Therapy that focuses mainly on trauma.

I am doing this for myself, for the people I love and who I unintentionally hurt, but most importantly, for the little girl who I might have one day, so that she will not have to go through anything I had to.