8 Touchstones that Helped me Get Through the Craziness of this Year. 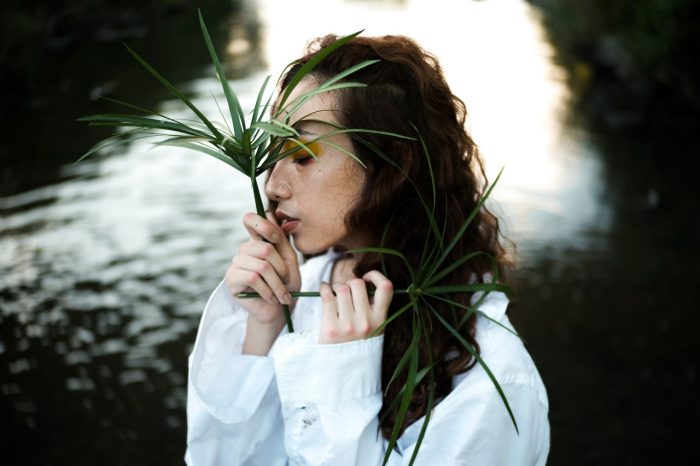 To help keep afloat during the craptacular year that is 2020, I’ve leaned heavily on two sets of four virtues from different (yet similar) philosophies, or ways of being and living.

I’ve made touchstones (glass gems instead of small stones) of all of them. They each have one simple word on them that I carry around when I need that little bit of extra support to get me through a challenging day, week, or month.

I usually choose one a day to have with me, not all eight at once (though you might want to just write the words down on a piece of paper if you want to have all eight on you—a lot lighter than using physical touchstones like a small stone).

The first four are from Stoicism, a philosophy brought to the fore by the popularity of Roman Emperor Marcus Aurelius’ book Meditations and all his wisdom that we see floating around the internet in meme quotes.

The second four are from Buddhism and more specifically the Brahmaviharas, translated from Sanskrit as the Four Immeasurables or Divine Abodes.

Starting with the four Stoic virtues (which are the same as the four Cardinal virtues), they’re more mind and body related than the four Brahmaviharas, which are more heart-centered.

I take this to mean wisdom in respect of when and how to react to stuff (picture me waving my hands vaguely in the air) and when not to bother taking it on because, after all, we need to conserve our energy and protect ourselves as much as possible this year and into the next since everything that has happened lately has the ability to make us feel so raw, vulnerable, and naked.

As a shy introvert (pro tip: shyness and introversion are not interchangeable), courage is something I feel I don’t naturally have a lot of, so this is one of my favourite touchstone reminders. When I feel I need a little extra boost of courage for the day, I focus on this touchstone or mantra.

This is a reminder to be an advocate and ally whenever possible. Plus, I’m a Libra, so this is just an innate state of being for me.

Moderation is something we should all strive for, though in a year like this one, it’s tempting to throw it out the window and eat 20 Starburst in one sitting or mindlessly crunch our way through a bag of potato chips because there’s a pandemic going on, dontcha know? This is something I should keep on me more than I do because I always think, yeah, I’ll be able to control myself…I have the willpower! And most often, I find that I don’t.

Moving onto the Brahamviharas we have (with their Sanskrit translations).

Who doesn’t want more loving-kindness in their lives, and right now, in particular? Anyone? Bueller? To give myself loving-kindness, I usually do metta meditation (repeating the phrases: may I be safe, may I be healthy, may I live with ease). And the bonus of this practice is you can also send these intentions to others. Spread the love.

Compassion is the wish to ease the suffering of others, to take away their pain. And there’s certainly been a lot of pain this year—for a variety of reasons. Sometimes, the pain transmutes itself into anger, and compassion reminds me that everyone is fighting a battle we might not know about so the best thing to do is to be kind, always. It reminds me that we’re all human and all in this together.

This one is easier said than done—being happy or joyful for other people’s good fortune. Has your neighbor just gotten a new job? Has your cousin just had a baby? Be genuinely happy for them, rather than feeling maybe a bit of envy or jealousy or other negative feelings. By being happy for others, happiness has a way of seeping into us as well, if we let it.

I always think of equanimity as being like Goldilocks and finding the middle way that isn’t too much one thing and isn’t too much another. It’s about not letting the waves of strong emotions, anxiety, stress, and 2020 pull me under, and staying cool, calm, and levelheaded when we’re all in the middle of this crazy storm that is 2020 and that we have no idea when it will end (though we can see blue skies ahead on the horizon now with a vaccine).

This is when focusing on my breath helps me. When I take out my equanimity touchstone, it’s a reminder for me to just breathe. Breathe, stay calm, try to relax, and just be.

What are some touchstones, reminders, or mantras you’ve been using to help you get through the craziness of this year that we’d probably rather all forget?