America: Let’s Shake Off the Night Terrors & Awaken to a New Day. 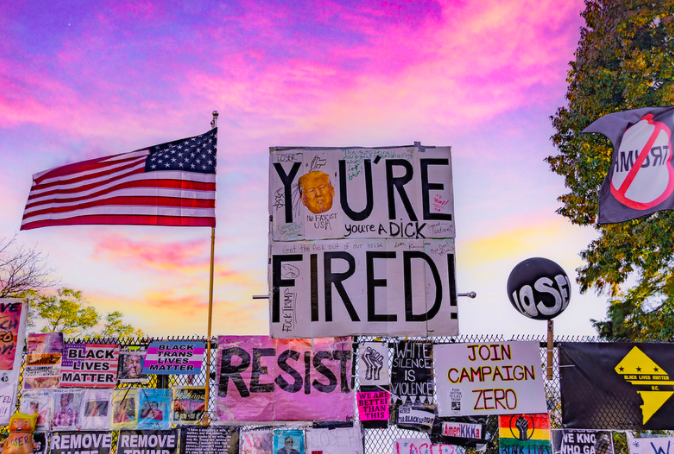 George and I climbed out of bed, fed the dogs and cats, read the news over a warm bowl of steel-cut oats and hot coffee, then suited up to take to the streets.

All over the world, there would be women’s marches on this day. It was January 21, 2017. Donald J. Trump had just been inaugurated as the 45th president of the United States.

Many of us were in shock. How could this have happened?

The morning was chilly, even here in Southern California. I braided my hair, put on a knit hat and scarf, and grabbed the signs we had made the night before. I really wanted to don a pink pussy hat. But, sadly, it was an afterthought, so I just wore the one I most often took on cold days.

I felt good that morning. We were meeting some of my yoga students for the march. I loved these kids so much. And they loved me. Kids—how funny to say that out loud. They were all young enough to be my kids. All grad students working on their doctorates at UCR. Some in botany, some in entomology, one in literature, and one, a med student. They were so full of promise and angst, so bursting with life. I was 66, with all the boomer baggage that comes with being born in 1950, but when I was with them, I always felt more energized.

I was pleased with my sign. I had stared at that blank white piece of poster board the night before and wondered what to write. Is this what an artist feels like when she approaches the blank canvas? How do I summarize all my feelings about the election and my fear of what was to come? How do I paint that picture? 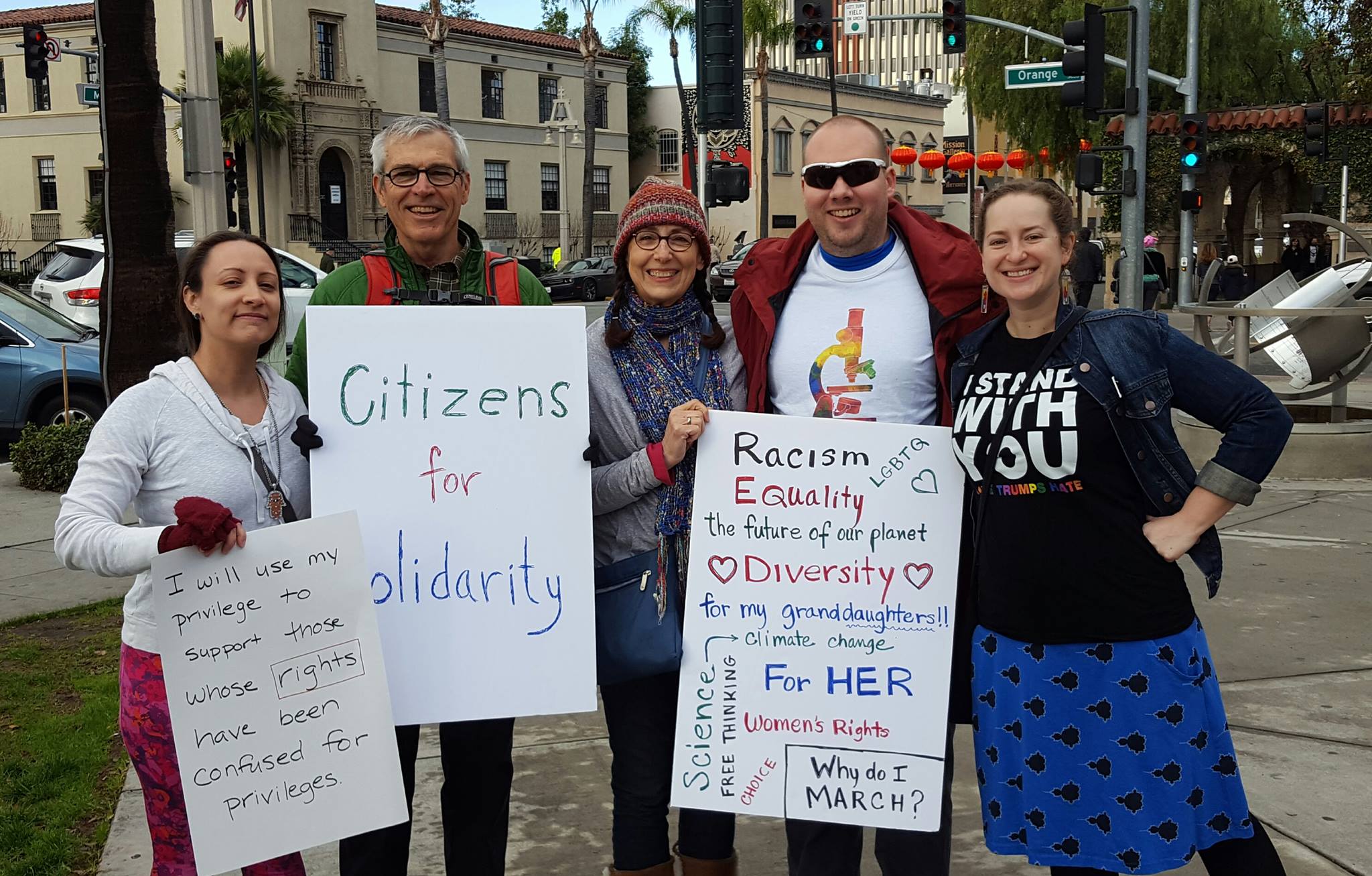 As I thought about it, I asked myself, “Why do I march?” This became the theme of my sign. I tried to answer that question succinctly.

I march for these “kids”—for their right to fully claim their future.

I march for my granddaughters—that they might have a future.

I march to embrace and celebrate diversity.

I march for the rights of the LGBTQ+ community.

I march to end racism.

I march for the future of our planet.

I march to uphold science.

I march for the right for everyone to always choose.

I march for everyone’s right to be a freethinker.

I march for the rights of all women, but especially women of color.

I know, of course, that participating in a march doesn’t change these things, but it shines a light on them. These kinds of gatherings give audience to all those involved in important grassroots work to spread the word, engage volunteers, grow their organizations. It’s a breeding ground for fledgling leaders who later become the AOCs and Stacey Abrams of the world. Marches like these give rise to young leaders like Greta Thunberg and Emma Gonzalez.

It has been four long, agonizing years that have passed under the administration of Donald Trump. At times I questioned whether our country would get through it. George and I even began serious discussions about leaving the country if Trump was reelected.

It’s hard to fathom the damage caused by this administration. Everything noted on my sign was knocked back, battered violently. The bruises and brokenness will take years to mend. But we’ve been given another chance.

I shamelessly borrow from Ronald Reagan’s 1984 campaign ad as I say, “It’s morning again in America.” It feels like we have been enduring a horrible nightmare. Finally, we can wipe the sleep out of our eyes, shake off the night terrors, and awaken to a new day.

I’m a bit of a Pollyanna. I tend to see the bright side of most things. Glass half full kind of woman. But I see clearly the great difficulties the Biden/Harris administration face. It’s not going to be easy to begin to tip the scale back toward balance, especially during a pandemic and with a Republican Senate still clinging to Trumpism.

With an eye on the challenges, Biden has already begun creating a qualified cabinet—a diverse cabinet. This is an important acknowledgment that our government needs to represent the diversity of our country.

We’re finally approaching the inauguration of Biden/Harris. I offer a big woot woot for the election of the first Black/Asian American woman as VP, by the way. I doubt there will be any major marches. COVID has contained us for now, but you can bet that many of us will be rigorously celebrating on January 20th.

Let’s join together for a vicarious celebratory march, and hold the vision for creating a better America—one that will begin to meet the needs of all Americans.

Let’s throw off the covers! It is, indeed, morning in America again.