It’s Time to Call Myself Out: a Message for Anyone Dealing with their own Toxic Behavior.

I’m going to be honest with myself once and for all: I am not okay right now.

That’s just going to add more shit to my already shitty shit-tuation, which, by the way, I allowed myself to be in.

I feel so vulnerable at the moment that if anyone gave me a slight tap or rub on the back, I would break down instantly. And I am not ready for fragile moments like that, or at least, I’m trying to avoid them.

I’ve been working through a lot of self-realizations for the past six months. I’m totally aware that I have been off-balance, that something is going on inside me. I feel bad about almost everything in my life, but I’ve also been having a hard time admitting this to myself. I’ve been trying to push it away instead of facing it.

I couldn’t get myself to label it because I’m scared. There, finally, I said it: I am scared. This fear is not new; it has been with me all along—just like every other emotion I’ve experienced that I’ve tried to suppress for as long as I can remember.

I need to unload and digest a lot all at the same time.

As emotional as I can get while expressing my deepest feelings, I realized that I also lack emotional diversity (Thank you, Mark Manson!). This is where the overwhelming emotions were coming from whenever I was triggered by certain situations. Up until recently, I had only been acknowledging sadness and happiness—they were the only two emotions I could name or accept. The rest of the emotions that we, as human beings, are wired to express and experience, I had been suppressing, like anger, jealousy, and betrayal, among others.

I suppress them. I deny them. For me, they’re not acceptable because they’re “bad” and I feel bad for feeling them. So, my life has just been a series of happy and sad reactions. That’s all I am capable of giving. That’s all I am capable of feeling—or at least that’s what I thought. I had conditioned myself that way. I even feel bad for feeling too happy. I always feel like there will be a consequence of great sadness later on if I allow myself to laugh more or have some extra fun—so dramatic.

I could go on and on explaining my lack of emotional diversity, but what’s more important is recognizing where it’s gotten me: I’m a big ass people pleaser. And even worse, I’ve wired myself to put the needs of others before my own. Don’t get me wrong, I know there’s nothing wrong with putting the needs of others above yours, especially for those you care about, but this only works as long as you know your limitations and don’t neglect yourself and your own needs.

In other words, you need to set boundaries. And I didn’t know this.

I didn’t know about personal boundaries. And even though I’m now aware, I still don’t use them consistently. As a result, I always end up struggling. And just to rub a little bit of salt to the wound, I always ask myself why it hurts so much, which is pretty naïve.

Here’s what I’ve learned from all of these self-realizations:

I am not going to make any promises to myself. I did not write this to do that or to delude myself into believing that as soon as I wake up tomorrow I’ll be a whole new person. Bullshit, eh?! I wrote this to call myself out (and maybe to help you call yourself out). This is going to be my perpetual reminder that I’m dealing with my own toxic behavior.

I need to get this out of my head and see how it looks in the real world. I need to read it out loud to myself until it feels like a slap in my face.

Self-improvement through self-awareness is easier said than done. I don’t have it all figured out. And it’s going to be messy and chaotic because I’m still learning.

I am a work-in-progress—and I will be as long as I’m alive. 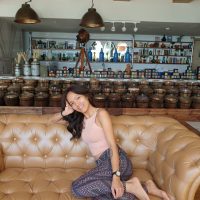 Jane Trance is a working professional, and writing is her way of coping with stress and anxiety. She enjoys the outdoors; nature heals and inspires her. Jane feels more connec… Read full bio