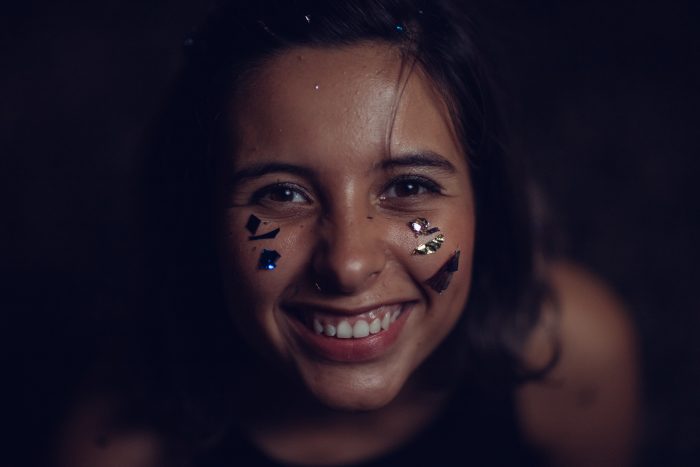 I have been dreaming of freedom lately as I sleep in my home alone, with my animal babes and my limited social interaction.

I’ve been dreaming of traveling, of great cities, and crowded concerts. I wish so badly I could say with certainty that the new year will be one of finally getting back into making these dreams reality, but if this year has taught me anything, it is that we are truly never guaranteed the experiences we hope for when the clock strikes midnight.

So, this year, instead of creating a list of activities I want to take part in in this new year, I have decided to go a little deeper into the heart of what this year has taught me to create goals that center around my attitudes and the greater good of us all.

The expectations, the disappointments—this year has been fraught with changes of plans and cancellations. This coming year might not be much different, at least for a portion of it. So first and foremost, I would like to cultivate a sense of flow, of going with whatever needs to happen to ensure safety for myself and the people I love.

No fixed plans means the ability to create within the moment, to be exactly where I need to be, even if it isn’t where I thought I would be. I adopted this mindset after my birthday last year (March 13th, literally the day after the great cancellation of 2020, which should totally be written about as such in the history books) when everything I had planned crumbled apart before my eyes. I was a little disappointed; I don’t typically even plan celebrations for my own birthday. It was in this that I discovered that I had grown into someone who didn’t need things to go as planned to find something to be grateful for, and, in truth, I had a wonderful birthday after all.

This past year was a huge year for social justice movements. As someone who has been following the dysfunction of our justice system closely since I was a wee teenager, I wasn’t surprised to see the many ways in which systemic racism effects people of color. I certainly wasn’t one to speak publicly about it, though, and through this year, I discovered how to listen more closely to the disenfranchised and how to stand firmly behind their words and share their voices without fear.

In this new year, I hope to listen even closer and to follow the lead of those acting to make changes to our broken society to bring us all closer to the world in which we all have an equal say in what is fair. An attitude of humility, having open ears and an open heart, and standing fearlessly behind those leading the way to a new era of social equality—these are some of my goals for 2021.

I could go on about how there is always something to be grateful for, but the truth is, sometimes life kicks the hell out of you, and living through it is a feat in and of itself. So many of us did not, though, and in this new year, I hope to cultivate a sense of reverence for those who did not make it, those who are still struggling with immense burdens after this the year of great chaos and change, and those who have lost everything.

Life isn’t always as simple as “you’ll get through it,” although I won’t deny that sometimes those words can help encourage us to continue on. Sometimes, life is terrible and painful and downright gruesome. I refuse to pretend it’s all sunshine and rainbows, or that my privileged position implies I have somehow transcended those who are still in the trenches. However this year has left you, may that be seen, may it be treated with compassion—not some lofty sense of self-righteous spiritual jargon.

If we are all truly one spirit, we are all in the same boat of suffering and thriving, no matter where we currently find ourselves as individuals on that spectrum. Cultivating this vision of unity is something I hope to dive deeper into this year, and I hope it will help those of you who read my ramblings feel a little less alone, or a little more humbled, accordingly.

My hope for this new year isn’t one of personal gratification, but of the shifting into a more inclusive, kind, society, and a sprinkling of intention to use my own voice a little more to, hopefully, help guide us toward it.

These simple goals aren’t so simple—it isn’t easy to release our own ideas of what personal freedom looks like in order to advocate for the health and progression of a greater community. It isn’t easy to work toward a goal with no immediate or tangible conclusion.

Seeing ourselves in others when they react to fear and pain and loss is challenging at best; accepting this human condition feels like a heavy stone on our hearts at times.

Despite how pessimistic this all seems, I consider myself an optimistic realist, and I truly believe that with presence, with love, and with consideration, many of us will get through this year, whatever it may throw at us, and, perhaps, those dreams of travel and live music and cafes will find their way into fruition as well.

Cheers to the new year, my fellow humans!

For more on resolutions: 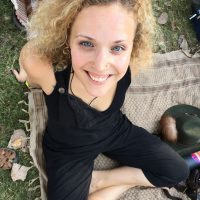 Emily Williams was born and raised in a small town in Oklahoma, and has been writing since she was a young girl staring out of a small window and dreaming of the world she wou… Read full bio