This One’s for the Outsiders, the Misfits—those Struggling to Find their Place in this World. 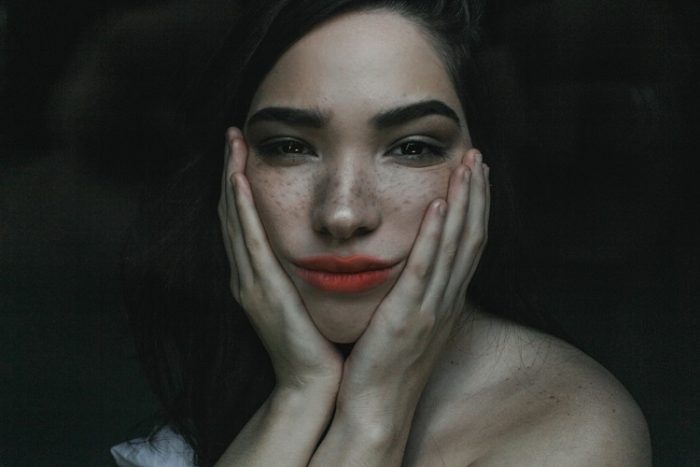 I learned to thrive in chaos because it’s the only home I’ve ever really known.

I recently started reading Braving the Wilderness by Brené Brown and the beginning had me in tears. She wrote about moving around a lot in childhood and the feeling of never belonging anywhere. This was a mirror image of my own experience, and I had to wonder how many others share this pain.

I can’t tell you how many times we moved before I started school—more than I can count. New places, new babysitters, new neighbors, new everything.

The only constant in my childhood was change. From second to fifth grade, I attended six different schools—three in fourth grade alone. I was perpetually the “new girl,” an outsider trying desperately to assimilate. At one point, I stopped desiring close friendships because I knew I’d eventually have to leave them behind.

I started to view the people in those places as temporary, and it didn’t matter what I did or said because eventually I would move on and be forgotten. I always got a clean slate and a fresh start, until we stopped moving and I was forced to remain somewhere I didn’t want to be. Stuck in a small town, where everyone’s grandparents went to school together and my last name wasn’t recognized, I was invisible but somehow on display at the same time.

I remember begging my parents to move in seventh grade, when I would come home crying most days. We had relocated so many times for them, couldn’t we do it once for me? Girls are ruthless in junior high, and unfortunately that doesn’t really change. The tactics become sneakier over time, but relational aggression continues into adulthood. I still haven’t quite figured this one out, and so I put my trust into people who didn’t deserve it—always expecting my own heart from others.

When we finally stayed in one place, I still never really fit in—at least not in any one group. I developed relationships with specific people from various cliques, but mostly I did my own thing. My friendships were forever shifting because I only knew how to form them on a surface level. I didn’t know how to maintain them.

Looking back, I know I was afraid to let people in. I’d love to say that this has changed, but I don’t know if it ever will. I have a few close friendships that have withstood the test of time, but one or two good people are all I really need.

In college, I studied psychology in an attempt to figure people out and learn what makes them tick. I wanted to be liked, so I became a chameleon and pretended to be like everyone else. At some point, I lost myself in an effort to blend in. I transformed into an extreme people pleaser and allowed myself to be treated badly, hanging onto relationships by threads that I should have unraveled years before.

Because my childhood was so lonely, as a young adult, I wanted to be around people constantly and sacrificed pieces of myself to keep friendships intact. On the outside, I was gregarious and fun but, on the inside, I was lost and confused. Over the years, and with some work, I’ve come back to myself and stopped being concerned with “fitting in.”

As an adult, I’ve found myself in another small town where I know very few people and nobody really knows me. I’m a transplant in a place where everyone knows each other, and I’m on the outside looking in—again. The difference is that I’m okay with it now. I’m not willing to bend over backward or kiss anyone’s ass to feel like I belong. I don’t have time for fake friendships, and I don’t get into gossip.

I have found the courage to stand alone and the freedom that comes along with it.

Surprisingly, through finding myself on this journey and becoming the writer I was always meant to be, I’ve met some of the best people. I’ve connected with men and women from all over the world—real people who are unafraid to be themselves and willing to have deep conversations with kindness and empathy.

Those who are willing to see past our differences and realize that we can love each other despite our disagreements. Open-minded humans who seek to discover each other on higher levels, brave enough to bare their souls and listen without judgment. Others who have found the power of vulnerability and are willing to step into it with me.

We may be the misfits of the world, but together we can create a place where we truly belong.