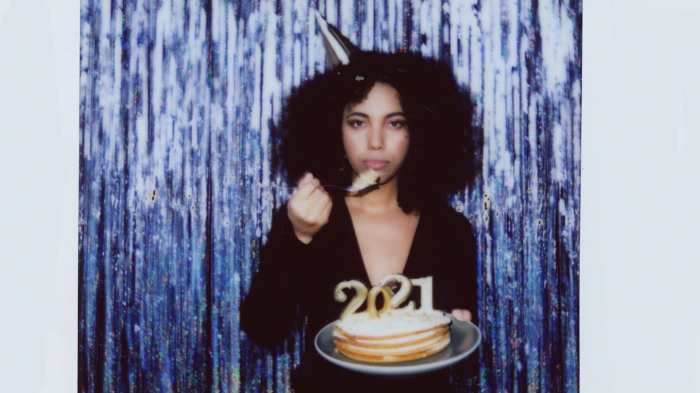 It’s the time of year when we become bombarded with advertisements about products to help us achieve our New Year’s resolutions.

I’ll be frank; I despise New Year’s resolutions. They’re mostly aimed at fixing the areas where we carry the most shame about ourselves: our physical appearance and personal value. We don’t need more critics telling us what’s wrong with us. We need more cheerleaders, boosting our strengths.

For the areas we truly want to grow in, because we are genuinely ready to release old ways that no longer serve us, we have to be willing to step into the new ones that do. We cannot “should” ourselves into it. Real change and lasting growth come from a willingness to modify our habits—a dedication to follow through because we enjoy their benefits.

Yet with our culturally engrained preference for immediacy, this concept of slow and steady is often dismissed for grand promises of quick fixes. The diet culture is teaming with the latest cleanse, pill, drink, or ancient-secret-turned-mass-production fad. Exercise culture shouts that the latest rowing, biking, weights, mirror, on-demand training programs will “whip us into shape in no time” if we push through the pain and “put our big girl pants on.”

Both prey upon our inner critic’s ever-chanting “you’re not ________ enough” and promises to help us reach enoughness with its seductive promotions. It’s no wonder 92 percent of people’s New Year’s resolutions are bagged by February.

I believe what holds us back from dedicating that time and energy toward our growth in the areas that light us up is our fear of failure and unworthiness. If we expend that effort and expose the vulnerable parts of ourselves and then don’t achieve what we desire, it means we will have wasted a scarce resource (time) and somehow proven our greatest fear: that we aren’t enough.

One of the best pieces of advice I have ever received came from an old friend and former coworker, Harry Conlin. He said, “I dare you to fail.”

As long as you’re trying, you really cannot fail. The outcome may not be exactly as envisioned, but it will be much, much closer than never trying at all. Every expert was once a beginner. If we can offer ourselves grace and time to cultivate our growth with trial and error, testing and adjusting, learning, and navigating as we go, then progress will happen.

Brené Brown has recently brought Theodore Roosevelt’s “The Man in the Arena” speech back into the spotlight through her work. Roosevelt said:

“It is not the critic who counts; not the man who points out how the strong man stumbles, or where the doer of deeds could have done them better. The credit belongs to the man who is actually in the arena, whose face is marred by dust and sweat and blood; who strives valiantly; who errs, who comes short again and again, because there is no effort without error and shortcoming; but who does actually strive to do the deeds; who knows great enthusiasms, the great devotions; who spends himself in a worthy cause; who at the best knows, in the end, the triumph of high achievement, and who at the worst, if he fails, at least fails while daring greatly, so that his place shall never be with those cold and timid souls who neither know victory nor defeat.”

We can choose this path on any day, at any time. We succeed because we decide now is the time to grow, to become what we’ve always kept right below the surface. And it’s never really about our looks or achieving more success; what we truly crave is so much more than that.

If we were to ask ourselves what we’d get out of having that magazine-cover body, most would answer love, acceptance, admiration, and value. The irony is that even if we were to achieve the unrealistic expectation of a computer-graphic enhanced form, we still wouldn’t feel loved, accepted, admired, and valued because that comes from within, not without.

If we ask what achieving more success would give us, many would answer stability, security, freedom, admiration, and proof of worthiness. And if we reached that next bar of achievement, we would simply set another one farther out because it didn’t really give us the feeling state we expected it would.

So when we try to determine where we want to grow personally, let’s set intentions to give ourselves love, acceptance, admiration, stability, freedom, and value. When we choose to step into those feeling states, we cultivate more of it in our lives.

True growth comes from radical self-love and acceptance of the person you are at this precise moment. Start there and watch the world rise up to meet you. 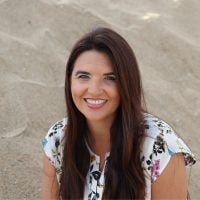