3 Ways to Create a Beautiful Winter Solstice Ritual & Find Light in the Darkness. 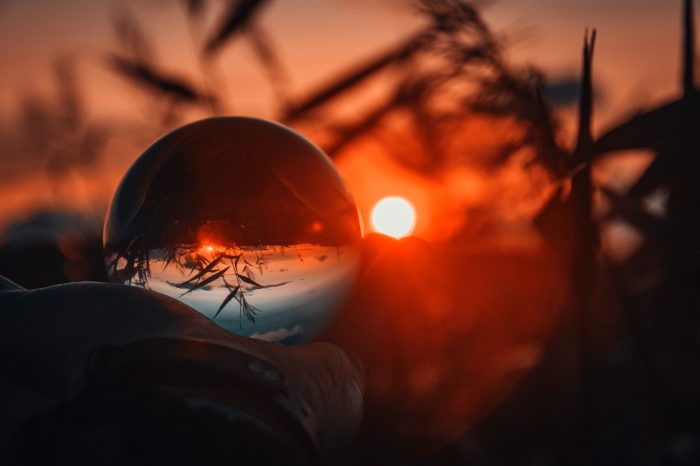 The winter solstice means “Rebirth of the Sun” or “New Beginnings,” and in the United States, it occurs on Monday, December 21, 2020.

The winter solstice is celebrated, not only as the year’s shortest day, but of the sun’s steady climb toward the long, warm days of summer.

This year’s solstice has an extra sparkle: Jupiter and Saturn will appear closer to one another on December 21st than they have since the Middle Ages. If you can gaze into the southwestern horizon at the right time, the two gas giants will look like neighboring points of light. The combined light from the two planets will be incredibly bright for the last 10 days of December (providing there’s no cloud cover)—a great way to end 2020, a cosmic Christmas Star!

As the longest night or darkest day of the year, Winter Solstice is a powerful moment in the solar cycle, where we are reminded that in the darkness we must connect to the light within us. This is more difficult to do when we don’t see light reflected back to us by the outside world. We have to find it inside ourselves at this time of year, and we can celebrate our capacity to do so by honoring this day.

The tradition of celebrating Winter Solstice is rich with symbolism and dates back hundreds of thousands of years. There is evidence that humans observed the Winter Solstice as early as the Neolithic period—the last part of the stone age, beginning in about 10,200 BC. Historically, pagan religions celebrated on this darkest night well into the morning to welcome the new light of the next day, even when that light was just the tiniest sliver.

Winter Solstice marks a time of dormancy, darkness, and cold. Traditionally, the coming return of the light was a reason to celebrate that nature’s cycle was continuing. Imagine if each of our lives depended on being able to farm in the spring, without all of the assurances that we have today that spring will come. Solstice was a celebration of the knowledge that lighter days were coming, which brought about a more festive mood.

Many ancient cultures had similar spiritual meanings for Winter Solstice, and many seasonal symbols connected to Christmas have their roots in the solstice and pagan celebrations. For example, the Yule log came from a pagan ritual. A birch Yule log was lit on the eve of the solstice—to conquer the darkness, protect against evil spirits, and bring luck—and burned for 12 hours. A tree, adorned with burning candles, later replaced the log. Holly, with its bright berries and rich foliage, was an important symbol because it could withstand the harshness of winter and maintain its color and life, as could mistletoe and evergreens.

The tradition was then adopted throughout European countries, often predating medieval times. As different regions adopted the tradition, the ceremonies surrounding the gathering and burning of the Yule log began to vary from culture to culture too. This is important to note if engaging in a friendly discussion this holiday season about the “proper way” to celebrate around a Yule log!

Regardless of what religious beliefs one holds, we all experience the solstice. And in connection with Earth-honoring cultures who honor this seasonal turning point, you can create a beautiful ritual that symbolizes finding the light in the darkness at home or with a group.

Below are three ways to hold a winter solstice ceremony or create a Spiral of Light:

1. Light a candle to mark the beginning of your ritual.

2. Create a list of all the things you want to let go of. This list should ideally be about internal struggles—about the stories your mind tells you about yourself.

3. Sit in the dark for 10 minutes and think of all the things on your list that you are ready to let go of, and who you would be without those stories.

4. After you have mentally run through your list, go back to the physical list and write “THE END” after each item.

5. Crumple that piece of paper and burn it. If you are able to, light a fire. Fire brings the warmth and light of the Sun.

6. Next, clear the air—if you have a fireplace, add some sage to the fire, or, ideally, smudge your home.

7. Sit back down and write down who you will be without all those limiting beliefs that you wiped out. (Burned out!)

8. Now that you have cleared all the negative from your thoughts and your home, take some time to write down your intentions for the beginning of a new year.

Another idea for a ceremony, which you can create outdoors with friends, is to create a Spiral of Light:

1. Collect pine branches or boroughs and lie them in a large space, in the shape of a mandala. A spiral is a symbol of the sun, the source of all life. A spiral or mandala is also symbolic of the energy of the universe—as well as the progress of the soul.

2. Light a large candle and place it at the heart of the mandala. Honor the light in you, and the light in those present, the light of the sun, and the heat at the core of the earth.

3. Give each participant a tall candle, and carve out a hole in an apple to set it on. Apples represent both the sun and abundance.

4. One by one, each person then walks through the mandala or spiral, and lights their candle from the flame of the central candle.

5. After lighting their candle, each person walks back out of the mandala with their lit candle and places it along the spiral—lighting the way out of darkness, expanding and spreading the light, and also honoring the darkness and the light in all of us, while renewing our hopes and dreams.

Lastly, if these two ceremonies seem too complicated or time-consuming in today’s busy world, just take a nature walk. Since the true meaning in a winter solstice celebration is a reverence for nature, spend time walking in the woods, grounding, and being mindful and thankful for nature’s wonders.

This is a great way to spend quality time with children or loved ones, gathering winter foliage such as holly, mistletoe, pinecones, and evergreen sprigs. 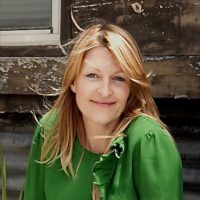 Nikki Eisinger has had a rich career spanning International Advertising, Conservation work, and Mindfulness. In 2018 she gave it all up and moved from Venice Beach to live on… Read full bio