A Rumi Poem, a Humble Musician & a Human Act of Grace. 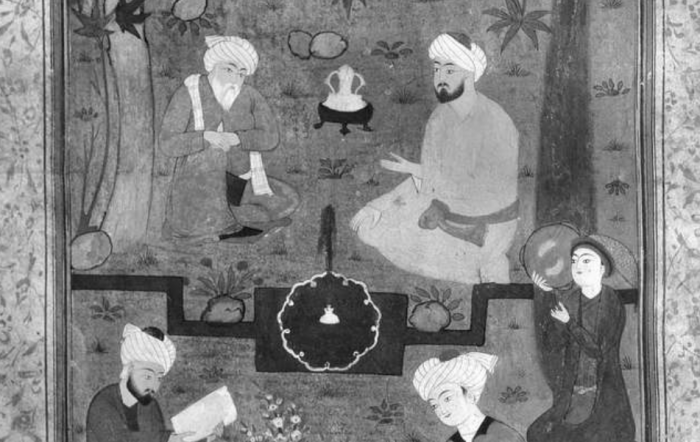 I can still feel my mother’s shoulder pressed against mine as she knelt next to me.

She was teaching her daughter to say her bedtime prayers. Even now, I feel her gentle kiss on my forehead as she tucked me into my warm bed.

Now I lay me down to sleep.

I pray the Lord my soul to keep.

If I should die before I wake,

I pray the Lord my soul to take.

Whoa, whoa wait a minute! “If I should die before I wake?” What kind of prayer is this to teach an impressionable child? Here, sweetie, lay your little head down on the pillow and have sweet dreams—of dying in the middle of the night!?! And yet, this was the prayer many Christian homes recited with their children at bedtime.

In spite of the little shop of horrors I may have dreamt about, I made it through those days unscathed and later found my own way to offer prayers to The Divine. I moved out of my Christian paradigm and into a different perspective of my relationship to God/Goddess.

I found new ways of thinking about God and Love and the human experience, partially through the writings of Jalāl ad-Dīn Muhammad Rumi, the 13th-century Sufi mystic poet. My favorite translations of Rumi were from Coleman Barks, an American scholar, who spent most of his professional life dedicated to studying Rumi and translating his works. Barks is internationally known and revered as one of the premier experts on Rumi.

One day, as I was reading some of my favorite Rumi poems, I came upon one that was new to me called “Night Prayer.”

Now I lay me down

Pray the Lord my soul to take

so that I can get this one bit

and then forgive again.

The similarity of this poem with my childhood prayer was stunning to me. I instantly fell in love with the new perspective Rumi offered.

I was taken with the idea that we can become awakened, and that this state of wakefulness could offer us Grace.

I was so taken with this poem that I created a song from it that I call “Wakefulness.”

Oh, I guess I need to tell you a little something about myself so you’ll have context for the rest of my story. I am a sacred music musician.

As I began work on my very first album, I knew I wanted to include my “Wakefulness” song and, in fact, decided to name the whole album “Wakefulness.” My producer and I worked for a full year on recording my music. As we were getting close to final production, I had one of those “smack yourself in the forehead” moments.

I had to get permission from Coleman Barks to use this poem!

If I didn’t get his blessing, I’d have to remove the track, and change the album name and the artwork; so much was dependent on his approval. I did some research to find an email address and sent this little note, with no certainty that it would even reach him.

I could spend time gushing over Rumi and your beautiful translations, but I should honor your time and get to the point.

I am a kirtan musician. I am in final production for my first solo album. I offer mostly Sanskrit mantras set to my own musical arrangements. One of my songs, however, is from your translation of Rumi’s “Night Prayer.”

My intention is to call my album “Wakefulness,” as is the name I have given this musical rendering of Rumi’s poem.

I’ve attached an MP3 of this song so that I might get your blessing to include it on the album. I would love to hear from you.

I was more than a little nervous that I wouldn’t get his approval. Maybe he wouldn’t like the song. On top of that, I had done something unspeakable. I changed one word of the poem to make it better fit my musical meter. How did I dare do this? You just don’t mess with Rumi, and you certainly don’t mess with Coleman Barks. I held my breath, pressed send, and hoped he somehow wouldn’t notice the change.

I promptly received this short email back:

All that is fine. You have my permission. It’s a beautiful song. Thank you.
And thanks for changing “clear” to “straight.” Much better.

I was shocked, and thrilled beyond measure, with his response. I have never, in five years, erased that email. I never will.

As the poem says, Grace comes to forgive, and then forgive again. This time that act of Grace came in human form, to a humble musician from a very generous scholar.

You can listen to my offering of Wakefulness here: