The Buddhist Perspective that just might Solve the State of America. 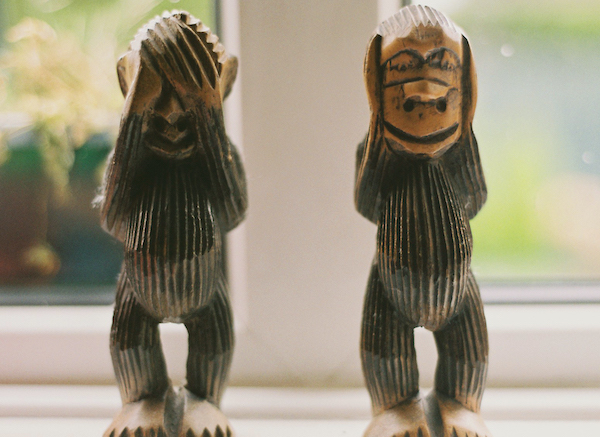 Getting past our inherent biases, becoming more mindful of what, why, and how we think, is difficult work.

That said, perhaps the Buddhist perspective of right effort, however, can help us solve some of the seemingly intractable problems, as well as the sorry state of political discourse in America today.

If our nation is to survive and grow into a better place for everyone, rethinking public health seems like a good place to begin.

According to the CDC, 90 percent of the nation’s $3.5 trillion in annual health care expenditures are for people with chronic and mental health conditions. Heart disease, stroke, diabetes, obesity, and even tooth decay are part of the direct costs of those conditions, and the costs of lost productivity because of them makes their true costs even greater. But if we can get think of ourselves as people rather than judging one another as bleeding-heart liberals or fascist conservatives, maybe it’s possible to eliminate—or at least reduce—the amount of suffering we and others experience.

If we can reframe our thinking about the causes of societal ills rather than treating symptoms, we might be able to engage in productive discussions (right speech, perhaps?) rather than caustic rhetoric. Those on the left might see more federal spending on the prevention of disease as a continued cause of compassion. Conservatives might see such spending as an investment in long-term attempts to lower the deficit.

Imagine what such perspectives might mean for education and the human and financial costs of crime, incarceration, and even mental health. (I’ll take a stab at those matters some other time.)

Being of benefit, among other things, means desiring good for everyone—not just the people who agree with us about political strategies and tactics. So, while we are trying to build a better nation and world, what are we to do as individuals trying to get along with one another on a very tiny planet?

1. Take a hard cold look at ourselves. Most of us, including me, tend to wrap ourselves in a cloak of self-righteousness. In countless unspoken thoughts, we judge one another for differing views about the causes of seemingly intractable social ills. Maybe with some self-examination, we can stop some of that and be kinder to one another.

2. Do the work. Winning the hearts of others who believe differently than we might require more than bludgeoning whatever belief they might hold. Expending the right effort to become well-informed rather than spewing vitriol at one another seems like a better way of resolving our differences.

3. Listen more, speak less. That doesn’t mean we can’t or shouldn’t challenge others. But if we want to be more credible advocates in the eyes of those with whom we differ, this is important. No, we won’t win everyone over all the time. But the marketplace of ideas and politics is a game of inches. Don’t give up ground you might otherwise win because you have failed at listening well.

I think it was Einstein who suggested one definition of insanity is to continue to do the same things and expect a different result. The image of a puppy chasing its tail comes to mind here, albeit without the sense of amusement I’d otherwise enjoy.

I’m sure there’s a lot more work to be done if we are to improve both state of public health in America. But as with most things, it begins with me. And maybe you.