I’d Rather be Chasing My Dreams than Fleeing My Nightmares. 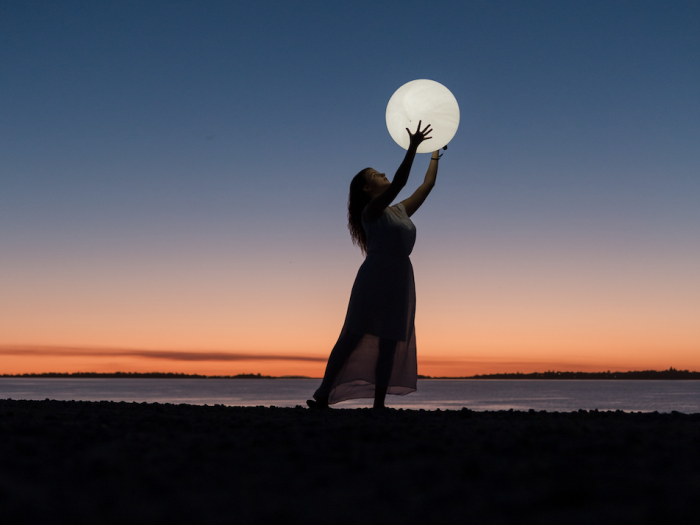 For as long as I can remember, I’ve had nightmares, almost constantly.

At least that’s all I seem to remember that I’ve dreamt. And by nightmares, I mean scary monsters, murders, and mayhem—not, oh, no! I’m walking naked down the halls of my high school with a chimpanzee.

It’s zombies, guns, death, fleeing from unseen monsters (whether people or actual monsters) filled with dread. It kind of catches me off guard when I have a nice dream, and I don’t wake up in the middle of the night full of unease with my heart pounding and hoping the disturbing images fade from my mind quickly.

When I wake up in the middle of the night and go to the washroom or get a drink of water, I usually say to my husband (who is a night owl and guaranteed to still be awake), “I’ve had a nightmare,” his reply is a broken record of: when do you not have a nightmare?

I’m not even a fan of horror—I’ve never seen any “Friday the 13th” or “Jason movies,” or really all that many horror films over the years.

The only exception is “The Walking Dead,” but as I always exclaim passionately to any who will listen, “It’s not actually about the zombies, but the people themselves and how they survive the challenges of their new world.” I avoid horror books, movies, or TV before bed, which is another potential cause for nightmares.

I swear that the house I grew up in was haunted, from the number of nightmares I had.

I know all children have nightmares, but mine were crazy. When I was a kid, I had a recurring nightmare of being pulled out of my bed by an unseen force. I tried to stop it by huddling on the floor next to my bed, to no avail and was sucked across the hallway into my parents’ room where something scary usually lurked—like a figure on the bed on all fours grinning at me through a large hideous red, white, and black wooden mask, for one. Or how about the one where I was in bed and looked out my bedroom door at a parade of shadowy figures tiptoeing silently past my doorway until one of the shadows turned its head and held a finger up to its faceless mouth, gesturing shhhh before continuing on its way along with the chorus line of others—talk about creepy.

According to a website I found—which lists a variety of reasons adults can suffer from nightmares, including things you might have thought would have been more of an old wives’ tale—there can be various origins such as:

This can increase metabolism and cause the brain to be more active. As the famous quote from Charles Dickens’ A Christmas Carol goes when Scrooge sees the ghost of his former business partner Marley and says, “You may be an undigested bit of beef, a blot of mustard, a crumb of cheese, a fragment of an underdone potato.” So Marley is just a nightmare fever-dream, Scrooge believes. But I don’t normally eat before bed, so I don’t think that’s my reason.

Another thing listed is medications; the website explained how medication affects chemicals in the brain, and these changes can then lead to nightmares. The only medication I’m on is Synthroid for an overactive thyroid. Not really something I can stop taking. The Mayo Clinic mentioned substance use as being a cause of nightmares, but I don’t drink or do any sort of drugs—so that’s not it either.

The third reason for adults experiencing more than normal nightmares, according to another website I found, is lack of sleep—it’s a catch 22. Nightmares can cause disrupted and bad night’s sleep, leading us to not getting as much good quality sleep as we should and leaving us tired and exhausted the next day, which can then cycle around to being the cause of new nightmares.

So how to solve this issue? Get a good sleep routine—go to sleep at the same time every night (even weekends), try not to have stimulation right before bed (being on your phone or watching TV right before turning out the lights). Do something more restful such as read a (ideally paper) book. I go to bed at 9:30 to 10 p.m. every night (and have for as long as I can remember), I read a book for a bit in bed, and then listen to a sleep story on my trusted calm meditation app to help me drift off to dreamland. So no eating cheese and crackers right before bed, and no staying up late—so why am I plagued by nightmares?

Apparently, disorders such as sleep apnea and restless-leg-syndrome may cause nightmares. If you have either of these issues as well as nightmares, talk to your health professional to work out a course of action.

And the last big trigger for nightmares is, you may have guessed it already:

More specifically, stress disorders such as anxiety and PTSD, as well as other psychological and mental health disorders. Because they wreak havoc with the workings of our oh-so-persnickety brain, which can lead to nightmares. Trauma can also cause nightmares for obvious reasons (replaying the traumatic event while we sleep).

As far as I know, I’m not stressed. I mean, yes, I’ve had stressful events in my life over the years (stress in the workplace and loss of loved ones and so on), but I don’t think I’m over-the-top stressed to cause nightmares all night (or most of the night) every night. After all, I have a daily yoga and meditation practice. I get outside every day—rain or shine—for walks with my dog, I try to eat as healthy as I can, and through all that, I’ve had nightmares. Perhaps I have unrecognized and unprocessed childhood trauma, and that’s my cause?

One final note: if nightmares are impacting your day-to-day health and well-being, please seek help from a trusted professional.

Can anyone else relate, paraphrasing “Game of Thrones,” to nights that are dark and full of terrors?