The Lazy Person’s Guide to Enlightenment: 4 Simple Actions to be More Present. 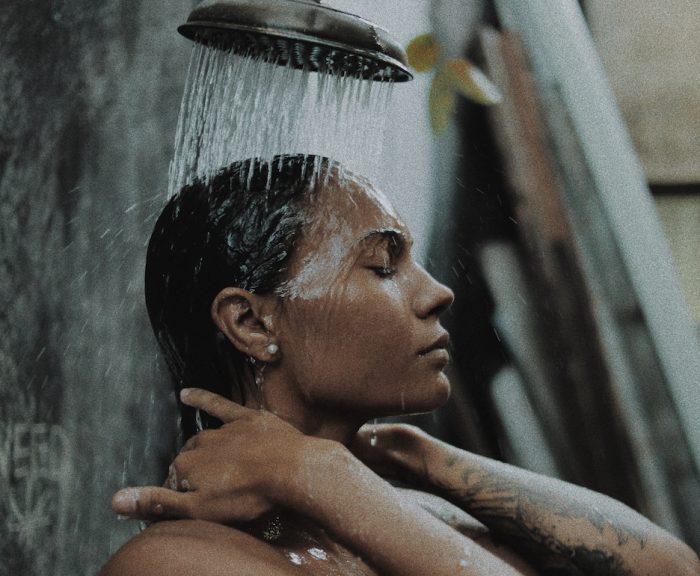 Most of my friends would tell you that “lazy” is the last thing they’d call me—they always wonder: how can you do everything you do?

And I shrug because I don’t know—I don’t feel overly busy doing a million things, it’s just their perception, but I digress. So maybe lazy isn’t the right word.

And maybe enlightenment isn’t exactly correct either. That sounds a bit lofty. What about awakening? That’s another common definition of enlightenment, but it doesn’t sound so…unachievable.

So maybe this article should really be called: the average person’s guide to awakening.

Because really, enlightenment isn’t something that can only be achieved by monks sequestered for months in silence on a mountaintop in the middle of who knows where. We all can achieve micro-moments of enlightenment.

But let’s move on from semantics.

Do you ever have those moments when, suddenly, a switch has been flipped in your brain? When your perception changes and, just for the briefest of moments, you suddenly think to yourself that you have the answer to life, the universe, and everything, as the title of Douglas Adams’ well-known book from the Hitchhiker’s Guide to the Galaxy series preaches. Just an instant before the fog of normal everyday reality rolls back in and obscures everything—those small glimpses that occur very rarely.

I confess that I haven’t experienced them much at all myself, but when I do, it’s when I’m not doing much of anything at all.

Rather unremarkable nothingness. This is why I think of it as laziness. There’s no effort put into it. You kinda just slip into a different state. Maybe it’s a bit of what psychologist Mihaly Csikszentmihalyi (pronounced Me-high Chick-sent-me-high, in case you’re curious) calls flow when you just become one with whatever you’re doing; when you just become so absorbed that everything else disappears—like you lose all track of time.

I find that feeling when I experience really simple, mundane things, and when I allow myself to really be present (which, if I’m honest, is really not very often—it’s really hard to remember to be present) is when I experience these super micro-moments of enlightenment, or awakening to reality as it really is. Those times when the fog rolls away, and I’ve actually noticed it’s gone for a moment.

I know everyone will be different, and it doesn’t even happen all the time when I do these things, but the following four things help me to wake up to an unveiled version of life:

1. Anything I do with my hands. Crafts, such as knitting (or rather, attempting to), coloring, writing (fantasy stories), or more manual labour kinds of things (gardening or weeding).

When I’m doing something, and my mind is distracted by something else—like whatever my hands are busy doing—that’s when I get into that state of flow or being in the zone that Csikszentmihalyi wrote about in his book.

2. Being in and connecting with nature. Normally, when I’m outside—whether it’s a brilliant flower that’s somehow made its way up through a crack in the sidewalk or the way that raindrops bead on leaves on the ground—that’s when I get this almost whisper of a voice in my mind saying: yep, this is it. And linked to this is the universe, all the stars and planets, the moon, and galaxies.

I’m sure I’m not alone when looking up at the night sky and thinking, “Wow,“ and getting that little tingle down the spine at the overwhelming nature of the universe. I always think that it’s so crazy that we’re down here, living our lives, and there’s so much up there. It’s so much bigger than any of us, and it always makes me feel so small, so insignificant but at the same time fills me with awe and wonder that makes me grateful to be able to experience the humbling nature of trying to wrap our human brains around something so mind-boggling.

3. Doing Yoga. Granted, I know yoga might not be for everyone, but it’s my jam and something I’ve been doing daily since the beginning of 2016 as a way to help me through my mom’s passing in December 2015. I’d done yoga before but didn’t have a regular routine, and there’s something about intentional breathing and moving your body. It reminds me that I’m alive, I’m breathing, and I have control over how I can move my body and my breath. That’s powerful.

4. Taking a shower. Perhaps the laziest thing on the list. Taking a shower can lead to enlightenment? Well, there are no guarantees, of course, but when you just stand there, under the warm water, and feel and notice the water streaming over you, sometimes it can be something as simple as that.

What things do you do that flip the switch and clear the fog away and give you a glimpse of the purpose of life, the universe, and everything?