I took a Pussy Painting Workshop with my Daughter. 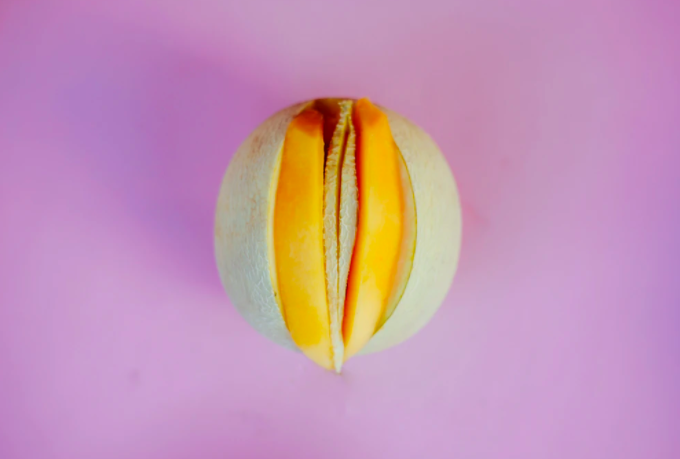 Recently, my daughter asked her grandmother (my mother) if she would like to see her “pussy painting.”

English is not my mother’s first language, and when my daughter brought her pussy painting into the view of the camera of her iPad, my mother’s comment was, “Oh! It’s your artwork! That’s beautiful!” While my mother didn’t pick up the significance of the interaction, I knew that I would eventually explain the context to my mother.

There’s a popular Facebook meme that asks: “What is something that you’ve done that you’re fairly certain no one else on my Friends list has done?”

My reply is often “giving a talk at TEDx Honolulu in 2011.” It’s easy enough to drop a link, share a transformative idea, and impress a few people with my accomplishment. More recently, I started sharing that I took a “pussy painting workshop” with my six-year-old daughter, and we worked on our pictures together. I worked with watercolors and used a photograph that I had taken of my vulva on my phone as a guide, and my daughter used watercolor pastels and worked from her imagination. We both created images that we felt proud of, in under 30 minutes!

I shared my own pussy portrait with friends from college and on social media in some private groups. I felt a sense of pride about what I had created! I love the colors and the way that the textures came across. I love the character in my folds and the way my clitoral hood and the folds combine to create what looks to me as Marian imagery in my own imagination. This was not my first attempt at pussy painting, nor will it be my last.

I loved having done this activity with my daughter, though I also felt shy sharing my daughter’s pussy portrait with anyone other than my closest contacts. I know that I’ve always wanted to normalize loving our bodies. From the beginning, we’ve helped her understand that she has a “yoni,” and she now also has more specific and scientific names too.

I was surprised one day when she was looking for a pen and exclaimed, “There’s nothing but penis-covers in this drawer” in exasperation. (That was the day I realized that there must have been a conversation about condoms that I hadn’t been a part of!)

On the day of the pussy painting workshop, we set up our supplies in the middle of the living room. We told my husband (her dad) that this was an activity just for us since we have yonis. It wasn’t like the mosaic tile or mandala workshops we participated in together as a family. We encouraged him to stay away, and we worked on our paintings. There were a handful of other women taking this class over Zoom, and to my knowledge, there were no other children painting with us.

I invited my daughter to the pussy painting class because I want her to have a sense of the things that we can do with others. I know that it won’t get easier to invite her to do these things with me if I don’t include her in them now. If I can normalize some ritual, some dancing, snapshots of women connecting and sharing stories, maybe it will be a little easier for her to find her way into embracing the feminine. Maybe she will learn to trust women and to lean into community more easily than I did.

There are often activities that happen after she has already gone to bed, but this class was in the middle of the morning on a weekend, and because it was art-related, I invited her to join me! At this age, where she eyes me suspiciously when I offer her new foods, where her eye-rolling is always present around meals, and my requests that she try things, I have somehow coaxed her into taking some dance classes, participating in some women’s rituals, and painting her pussy with me.

May we all be brave enough to invite our children into our interests—into the foods that we delight in and into the experiences that bring us nourishment too. My time with women brings me into deeper connection with myself. Listening to others’ desires connects me more deeply with my own. Allowing for the fullness of their stories and emotions brings me into a greater understanding of my own reactions and feelings.

There is so much to pass on, and I recognize that I am finding ways to lay the groundwork for her future comfort in circles of women, pursuing anything that her heart desires.

May she always be able to find a circle that can support her in her pursuits. 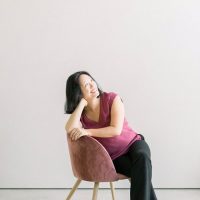 Vivian Best’s genius zone is building community for women to share their authentic truths, for the benefit of themselves and those around them! She helps people feel sup… Read full bio