The Lure of the Stars: A Beginner’s Guide to Astronomy. 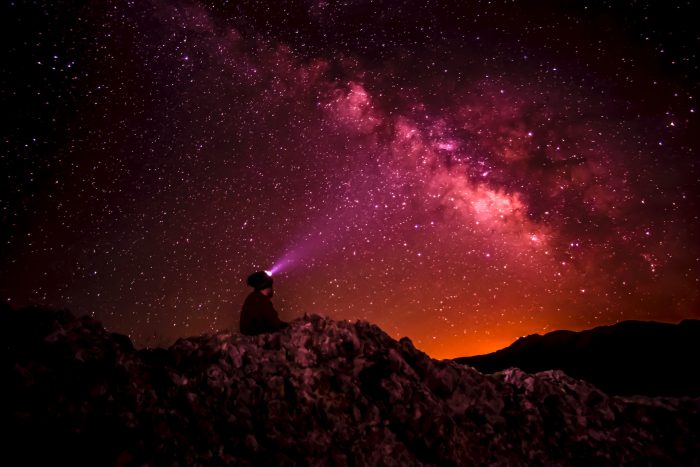 Stargazing is a wonder-full way to recharge, download your stress, and it won’t cost a thing.

There is something quite magical about starwatching: a solitary pursuit that can simultaneously relax and inspire. It’s been a mainstay for many during these unsettled times.

Stars, the skies, planets, and the phases of the moon have fascinated us since time began.

Earthly dwellers who marveled at the vast cosmos eventually gave orderly form and names to the shapes they saw to explain worldly happenings, chores, and pursuits.

Stargazing also gave rise to storytelling. As we defined the objects and gave titles to these luminaries, we created mythologies that offered meaning to our lives, our seasons, and which provided direction.

We handed down stories and lore regarding the patterns of stars we called constellations. The earliest written descriptions of star collections are by Greek poet Aratus in 270 BC.

It’s fascinating that many cultures throughout time developed the same myths and systems on these celestial assemblages without having contact or communication.

Starwatching these arrangements led to the development of tools that helped man to utilize the astral configurations to navigate his world. Crossing the seas using routes piloted by the stars supported man’s efforts to move, grow, and claim new territories around the globe.

This past year has sent us searching within, to delve and seek enjoyable and fulfilling activities on our own. Backyard, naked-eye astronomy—that requires no special equipment—fits the bill perfectly. Astronomy is an enchanting, self-sufficient pursuit. Naked-eye astronomy is simply stargazing without the aid of any elaborate equipment or optical devices such as binoculars or telescopes. There is plenty to see and enjoy anytime, anywhere.

Early man began to forecast events as he recognized that various arrangements moved and appeared at the same time, same place each year or season. The melting snow produced an overflow of rivers, streams, and lakes, and so we named one shape in the January sky, The Water Boy. Spring, a fertile time for crops and growth, gave rise to Taurus, The Bull. And so forth.

One can’t help but wonder how a modern-day astronomer would name the constellations today to reflect the momentous events of modern life. Today’s stellar shapes might be interpreted as the iPhone, the Internet, or a Climate Change Warrior.

Some backyard astronomers joke how they can see Jupiter so clearly 556 million miles away when we need eyeglasses to read a highway sign. The planets can’t generate their own light. We are seeing the powerful light they reflect back from the sun.

How does one begin to launch a backyard astronomy hobby?

You might not ever use the skies as your personal GPS or rely on the stars to tell time, but you can get lost in the charm of the infinite universe as you ponder and calm your daily stress away by discovering magnificent objects such as stars, satellites, comets, meteor showers, and more.

A great starting point to begin your exploration is to observe the International Space Station. You can sign up to receive email or text alerts from NASA on when the International Space Station will be cruising overhead at an altitude of 248 miles (400 kilometers). It circles the globe every 90 minutes at a speed of about 17,500 mph (28,000 kmh). Go here to sign up for alerts in your area. It’s an exciting event to witness.

Looking at the phases of the Moon is another way to jumpstart an astronomy hobby, followed by locating the most visible planets: Jupiter, Saturn, Mars, and Venus. Going online to learn how to locate one’s astrological constellation is another fun activity.

Learning the names of the brightest stars and how they “sit” together to form patterns is a giant step. At first, the stars and the stories they radiate seem cryptic, but after studying star charts, you’ll be able to identify key locators in the sky to guide you. Star charts are available for both Southern and Northern Hemispheres at no cost from many online sources. They come with simple instructions on holding the map to face the right direction along with the proper viewing month and time of day. Download copies from your Google search or send me an email and I’ll be happy to send you charts.

You might want to keep a logbook to chart the constellations and planets you’ve seen. Include the date, time, conditions of the sky, and your sighting(s). Each observation will serve as a milestone to encourage you to discover more.

To begin working with the star charts, choose a course (North, South, East, or West) for viewing. When I took classes at New York’s Hayden Planetarium, I chose one direction during the current season and worked on mastering five sky happenings. Using a star chart during the summer months, I was able to locate the Summer Triangle (Altair, Deneb, Vega), Cygnus (the Swan), Lyra, Aquila (the Eagle), and Draco.

Each week, I attempted to identify more. As the seasons changed, I set my focus on new targets.

You can also branch out and involve friends or neighbors. If there is an observatory in your region, call them and see if they offer courses or have a club.

No matter how you plan your liftoff into the world of naked-eye astronomy, you’ll be launching a lifetime activity and interest that will move and energize you while decreasing the tensions of everyday life. 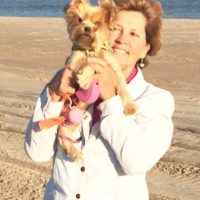