When our Spiritual Gifts are no Longer Welcome. 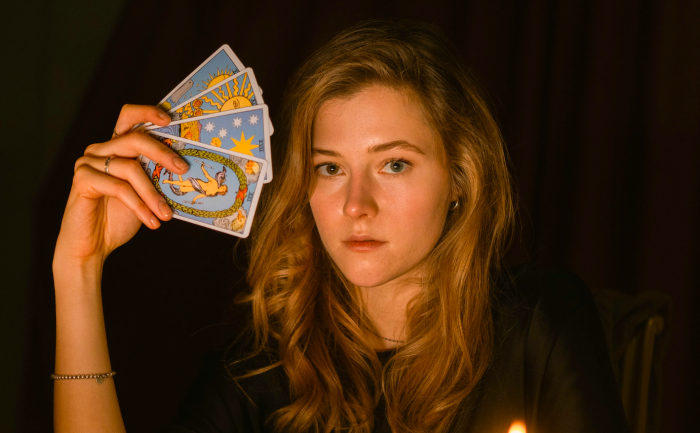 What scares you the most?

My answer to the above question is that of an unconventional topic, but I won’t be talking about my phobias or general anxieties.

Well, jokes aside, it took a lot of courage to grab my pen and write this down.

I take a deep breath as I begin.

I have been in the deepest contemplation of whether to share my experiences. Only two of my closest friends are privy to my story, because of their open-minded and non-judgmental nature.

They possess knowledge in regards to these topics, and we have been in discussion for days and hours on end while losing track of time.

I offer a word of caution before I continue to divulge into some supernatural and spiritual content.

The bird’s eye view, without delving too much into the details, goes in bits and spurts.

I have the details documented in my personal diary recounting multiple flashback experiences. (I realize that flashbacks don’t occur commonly among a vast majority.)

The term coined for people like me is spiritually gifted.

When I think back to my first year on this earthly realm, I had many sightings and benevolent visitations. With an inborn and heightened sense, I had the clairsenses in many variations and in mild, diluted ways.

As I became familiar with the term in later years, clair or cognizance, was the most dominant then.

My psychic ability didn’t scare me much when I was young. I hadn’t yet identified with the emotion of fear at such an early age. As my knowledge widened, I have become more fearful.

When school and other distractions took a priority in my life, I developed partial amnesia about my abilities and experiences. The sightings and visitations had coincidentally stopped, which contributed a great deal to push these memories into the recesses of my mind.

My extrasensory perception lay dormant, only to emerge years later.

As a teenager, I had come upon a book about Reiki. With interest and willingness, I was initiated into a Reiki healing attunement. Something had drawn me to it.

As soon as the Reiki Master touched my third eye and crown chakra, I saw beautiful streaks of light and orbs of violet, indigo, and dark blue—even as I kept my eyes closed.

She explained that seeing these particular colors meant that I was highly intuitive and should definitely consider practicing higher levels of Reiki. She sensed something extraordinary in my aura.

On that same night, a little past midnight, I had my first astral experience. I was just 17 years old, and the experience was frightening.

The initiation into Reiki, was just the fuel to fire up my rusted mechanisms. Reiki was the tool that unearthed my memories that were deeply buried. There was no looking back after that.

Clairvoyant dreams, Deja Vu’s, and lucid dreaming were a regular occurrence for many years.

I wish I could have honed my skills bravely, instead of fearing them.

One Reiki session led me to some inner questions and significant memories of a past life came through as a vision and an answer.

Again, the fear presented itself, and I stopped practicing the sessions for good—that was it.

I wished for all the oddities to go away, but they would not. I find it ironic when we run from something truly meant for us, it finds its way back in leaps and bounds.

I received an upgrade when I tried to abandon my psychic ability.

In spite of quitting my intense meditation practice, I realized one fine day that I had the ability to sense the energy and mood of the people around me. I could even travel to the fringes of other minds and thoughts.

I felt I was better off not knowing what was on others’ minds because that also scared me. I experienced a wave of disappointment when I learned that people could be so two-faced. Unfortunately, I had gleaned that unwelcome gift when I was barely out of my teens. I didn’t want any further disillusionment and realized this could damage my personal interactions for life.

Years have passed since my realizations, and I have been walking on eggshells ever since. I never know what truths could arise in my life without even lifting a finger.

I didn’t ask for this, and I am no longer working to attune my spiritual gifts.

I don’t want to cut my story short, but I could wisely conclude that a recent year gave me another chilling upgrade where I was a borderline clair audient.

What have I done to attract these, or rather deserve these abilities?

Was it my soul purpose? A calling? A divine gift?

Thanks, but no thanks. Right now I’ve succeeded in plugging my telepathic conduits forcibly shut, though at times I feel guilty of subduing them.

Am I a lightworker who is unaware of her power?

Come what may, but I am no longer willing to find out.

I am only practicing angelic meditation right now. I only see the good and beautiful violet, indigo, and dark blue orbs and waves of light.

Thank God for that.

These days I am leaning toward the Archangel Michael protection prayers to ward off all the clairs.

He always makes his presence known whenever I call upon him. Nothing can touch me when he shields me, not even my dreams and nightmares.

Why am I no longer afraid?

I am no longer afraid of what lies on the other side for me. Meditation and lucid dreaming have already given me glimpses of everything I ever wanted to see and know. 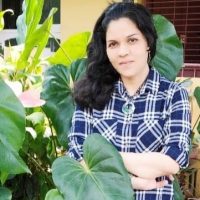 Sangeetha Kamath has done her schooling and graduated from St. Agnes, Mangalore of India. She currently stays in Singapore with her family. She has also published her Memoirs … Read full bio