After Trump Lost the Election, I Wondered what I would Write about Next. 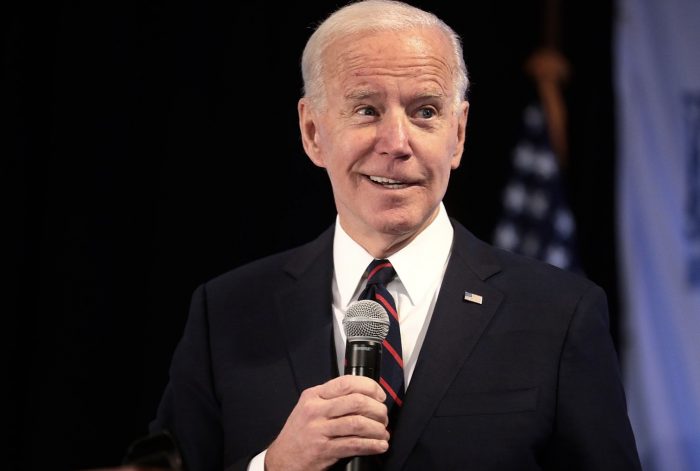 I’m sighing as I write this since I found the answer to the question of what I would cover once President Biden was inaugurated.

It has been a good run since the former president, and his atrocious antics, were fodder for countless articles for the past five years.

It also helped me remain sane and vertical in the midst of the emotional roller coaster ride I found myself on. Not a day has gone by in which I haven’t availed myself of the 24-hour news cycle. I watch and listen in part because I want to remain informed and in part because I can’t tear myself away. It isn’t merely FOMO because I would much rather there was nothing to miss out on.

I had hoped, which was quite silly of me, that there would be a respite from the onslaught. In an ideal world, the outgoing president and voters would gracefully reconcile themselves to the loss and work together with the incoming administration to make life better for the country. In a year in which we are under assault from a microscopic life form and from our own citizens, it feels like “all aboard the crazy train.”

I gladly admit that it is a relief to watch the president and vice president, his appointees, and Jen Psaki, the plain-speaking press secretary, calmly and rationally respond to questions from the media.

How refreshing that there was no demonization, no one referring them to as enemies of the people. No self-aggrandizement, imagine that. No hyperbole. No outrageous lies.

Instead, I see an administration that is determined to put legs under the campaign promise to build back better. Some of that means overturning the damaging orders written by the previous holder of the Oval Office. Sadly, there are those who view it as a reversal of what they believe is appropriate and refer to it as disallowing unity.

How did LGBTQ+ rights, environmental protection, concern for those disenfranchised by skin color, national origin, and responsibility regarding prevention of contracting and spreading of COVID-19 become partisan issues?

More unfolds as the days pass.

At the moment, I am watching an interview with Nanette Diaz Barragán, a U.S. representative from California, saying that the FBI claims that the assault on the Capitol was coordinated by some on the inside and that, as I had observed on January 6th, the key was left under the mat since it was too easy for the assailants to enter and mill around.

Many who were there were at the invitation of the former president, including the most visible symbol of how far people were willing to go. The fur hat and horn-wearing, red, white, and blue-painted, the bellowing man who calls himself Qanon Shaman, said he was merely answering the call and that he was willing to testify at the impeachment hearing. I do not think he would be a credible witness, but what do I know?

And then there’s Marjorie Taylor Greene, representative from Georgia, a conspiracy theorist who buys into the QAnon rhetoric.

What makes her amusing, if she wasn’t such a clear and present danger, are her statements about the cause of the fires in California. She claims they were intentionally sent, and the culprits were part of my tribe. The Borowitz Report, a parody page, gave it a spin.

She espouses the belief that there is a cabal of liberals and Hollywood elites who traffic children, performing satanic rituals with them, and drink their blood. She has called the Parkland attack a false flag event and that the students who were killed (17 in all), as well as those who survived, were crisis actors. She was seen following outspoken survivor David Hogg and harassing him. She made the same statements about the Sandy Hook Elementary School in Newtown, Connecticut, in which 26 were murdered.

I was watching a special last night hosted by Anderson Cooper, who interviewed a former QAnon adherent named Jitarth Jadeja who has deprogrammed himself and apologized for believing that he ate babies.

He had been so immersed in the lies that he couldn’t discern reality from fantasy. His take was that their intentions were good—who wouldn’t want to save children from pedophiles?

When events didn’t unfold as they were told, the message was to trust the process. I wonder if, indeed, Q is one person or a collective who make stuff up as they go along and then sit back and watch the reactions. One of their tag lines was Where We Go One; We Go All.

With the impeachment trial to begin in earnest this coming week, there are those on the right who cry out for unity, claiming that impeaching the former president is unconstitutional and divisive.

Even if he is not convicted, which looks like a likely outcome given the number of Republicans needed to cast their votes in favor, there is another way of holding him accountable: the 14th Amendment, which addresses insurrection, could be invoked.

What astounds me is that those who huddled under desks and tables, donning gas masks, wondering if this would be their last day on the planet, can still stand by him as the impeachment trial looms. Many continue to fuel the fire, calling for the execution of those who are speaking truth to power. I wonder who they fear more, 45 or his fanatical followers?

I would like to send each of the Republican senators a Christmas Carol dream in which Jacob Marley and the ghosts of past, present, and future pay them a visit. This would be to remind them of the importance of seeing the impact of their decision.

I look forward to a day when the Oval Office’s former occupant is nothing more than a footnote in history and that the book is made available to every school as an abject lesson for generations to come.