Trauma Bonding & Collective Narcissism: The One Question all Trump Supporters should Ask Themselves. 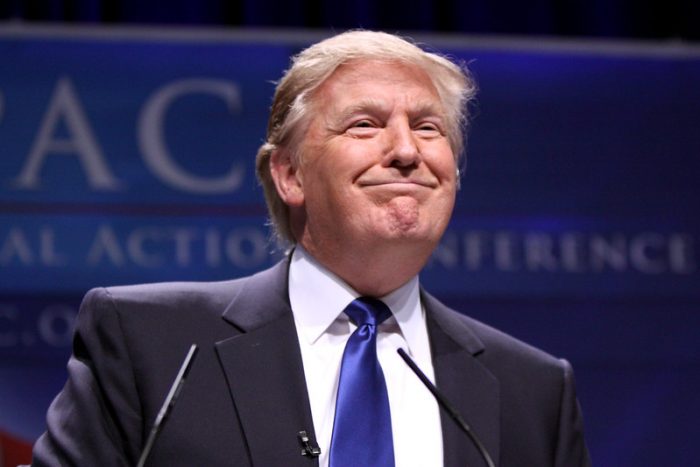 I engaged in an impromptu social experiment by posing this scenario:

“If you were in a relationship with someone who promised you the sun, moon, and stars, speaking in superlatives, telling you they would treat you better than anyone else you have ever been with, and only delivers a smidgen of what you desire, just enough to keep you hooked—but you see that they treat others outside the relationship with disdain and disparagement, escalating to outright attacks and threats, would you remain in that relationship? Could you put aside your integrity in order to reap whatever reward you thought you would keep receiving?”

The answers from my friends (some I know in the face-to-face world and some through Facebook) were predictable and reassuring—none of them would be willing to continue in such a relationship. Some of their responses included:

“I would definitely leave because if you can treat other people like that you can do the same to me. No thank you! And even if he or she doesn’t treat me the same I wouldn’t want to be with someone who is horrible to others because I am not that way.”

“Nope. When promise and reality are already misaligned, you can only believe that the treatment of others is your future.”

“I think things like that are hard to judge unless you walk that walk. If someone behaves like that toward others, it’s only a matter of time before one gets the same treatment. Too often, also, when it escalates to abuse, people blame the victim. ‘Why didn’t you leave?’ Maybe the fragile self-esteem that led to the situation entraps the victim.”

“I’m out! I’m too old to put up with that kind of action in a partner. I am also a firm believer in the old adage ‘when something seems too good to be true… it usually is.’ People show you who they are. Believe them. Those kinds of vibes would disturb my soul.”

“Absolutely not. People that are like that, in my opinion, can be enamored for a while, and then will treat you the same way they treat everyone else. Besides, who wants to live with someone that is unhappy and unpleasant; it clouds their existence and those around them.”

“I did that once and learned tons from it. There was love but also gaslighting, control, and pain. Never again. The consequences are deep and many.”

“IF you have to compromise your principles to be accepted, you are being accepted by the wrong people. My answer is a hard no, as anyone that has any form of self-love should know, don’t compromise.”

“So…The scenario you describe here matches the psychology model of delivering ‘intermittent reinforcement’—where a satisfier, eg in this scenario the strokes you want to get from this person, are delivered sporadically—instead of a lot of the time, as you would hope for. The striking thing about intermittent reinforcement is that—more often then not—it results in a HIGHER rate of response—eg, in this case, staying hooked into the guy or girl—than continual reinforcement would (like if they were being sweet to you all of the time).”

After expressing my gratitude for their feedback, I added this:

“OK, Folks…Thank you for your insightful responses. This was a not-so-veiled inquiry about the current state of affairs in this country. The outgoing president did just as I described and there are still people who sell out their integrity to support him.”

They are being gaslighted—and they buy it.

What comes to mind is the adage that the most dangerous time in an abusive relationship is when the victim attempts to leave. The country has been in that role, on either side of the divide. My take is that many of those who align with him are experiencing Stockholm Syndrome and trauma bonding.

The former occurs when captives of any sort and people living in abusive environments may feel trapped, connect with the captor, and in many cases, identify with them and join them in their cause, no matter how harmful it may be.

The latter is interwoven as it carries with it a sense of hope that things will improve even in the midst of the most unsettling events. The victim will become a peacemaker in order to establish equilibrium. It is short-lived many times because the perpetrator thrives on chaos and control.

Sadly, most who align with the current occupant of the Oval Office, only see themselves as victims of those (Democrats, minorities, immigrants, people from other religious groups, liberals) who they feel are attempting to take away their right to feel special or elevated.

It has been referred to as “collective narcissism.” If they stand behind Donald Trump, as so many have at their own peril during his superspreader campaign events and even now at the protest in Washington D.C. recently to loudly object to the election of Joe Biden, they feel vicariously empowered and entitled.

Those in positions of power in the administration are complicit in this abuse as they enable him to threaten anyone who is not in agreement with his delusional contention that he won the election. A loyalty test that they can only inevitably fail.

I ask anyone reading this who may find themselves in this category, to ask themselves that initial question: would you stand for this in your own relationships?

If not, then why would you find it acceptable in a person who is supposed to be a servant leader and a positive role model.

If you are cool with a person in your life disparaging others while holding you aloft, I encourage you to consider the likelihood that one day, you will fall out of favor and find yourself on the receiving end of that treatment.

As the late poet and Civil Rights activist, Maya Angelou wisely reminds us, “When someone shows you who they are the first time, believe them.”