It All Feels Like Too Much Sometimes. ~ Annie Grace 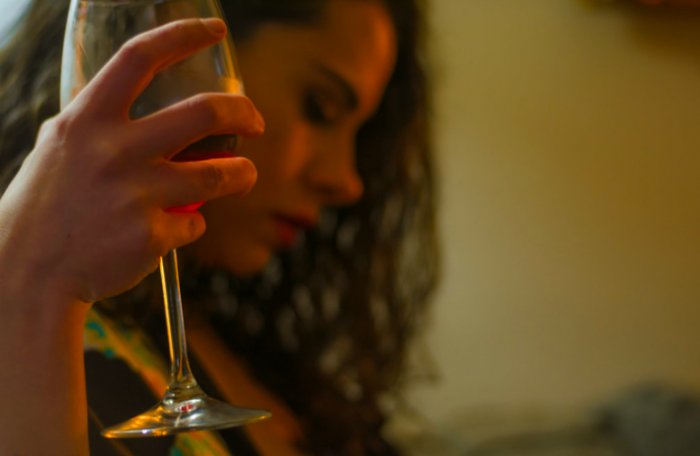 I think I speak for us all when I say that, lately, I just feel tired.

For most of us, it has now been almost a year that we’ve spent in this new normal that feels anything but normal. The fatigue is something that hits me at almost every level—mental, physical, emotional, and spiritual.

If we’re theoretically doing less, why are we all so damn exhausted?

For the past year, almost nothing has been automatic. The things we regularly did that required no effort on our part now involve a huge mental checklist.

Will they have toilet paper?

Should I shop for one week or two?

Nothing is easy anymore. If you’re a parent like I am, not only is it the decisions you need to personally make that have been weighing you down but now you can compound that for each child you have. Virtual school or in-person? Sports? Playing with friends? And oh my goodness—all the questions they have that now you are the only one who can answer!

The past year has increased our mental load to the point that so many are reaching for anything they can to just drown it all out and shut down for a bit. One way many people are doing just that is by turning to alcohol.

According to data on 6,000 Americans collected using the RAND American Life Panel, the frequency of drinking—measured in days per month that alcohol was consumed—increased 14 percent overall as well as 17 percent among women during the pandemic. Most alarming is that researchers found heavy drinking rose 41 percent among women. One of every five women in the survey heavily consumed alcohol at least one additional day per month compared with the previous year.

It is common in times of trauma to turn to alcohol. We’ve seen it post 9-11, Hurricane Katrina, and during other events. There is no denying that the past 12 months have been composed of one traumatic event after another. It is no wonder that it all just feels like too much sometimes. How can we possibly make any sound decisions when everything just feels so unstable?

I get it. Just like so many people around the world, I, too, have so many days where it all feels like too much.

I don’t want to make any choices on some days. Not when it comes to work decisions, what we’re eating for dinner, or what groceries to shop for. I just don’t have the capacity for it. I also know what an effective mind-numbing agent alcohol is.

For years, I turned to it to deal with everything. It allowed me to push pause on every single stressor, trigger, and traumatic event that came my way. In fact, it works so well at numbing you that I also have almost no recollection of some of my children’s birthday parties, entire chunks of our vacations, and other important events along the way.

Alcohol numbs, but it doesn’t do it selectively. And it eliminates decision-making fatigue by removing our ability to make good decisions. That is how we go from drinking a glass of wine at night to wind down to drinking a bottle of wine—because once you get going, saying stop becomes much harder.

So yes, I’m exhausted too. I’m tired of all the choices that seem to bombard me every single day. I’m tired of questioning every sniffle or sore throat. Life is so damn weird right now.

What I’m not doing, though, is drinking to get through this. For one thing—it won’t help. I know that drinking disrupts sleep. It also increases our anxiety and lowers our immune system. In a time when I’m already tired, already anxious, and need my immune system to be as strong as possible, I couldn’t even fathom drinking.

Also, the past year has taught me that it’s okay if I can’t make a decision on something that day. If grocery shopping (or even ordering groceries on-line) feels like too much, I just don’t do it. If that means we’re eating cereal for dinner or some weird pantry meal that resembles a Chopped challenge, so be it.

Giving ourselves grace might be the most important lesson that comes out of this. Even computers run into memory and storage issues; they shut down to clear space and update. We don’t need to treat doing the same as humans as a luxury; it should be a right.

Although, maybe the greatest lesson here is one of community. It’s talking about it, sharing with others, and saying, “Yes, this is all too much. I feel it too.” Rather than normalizing numbing ourselves and disconnecting, we can normalize the idea that we’re all living through this trauma. That we can all extend grace to each other, show compassion, and find ways to ease the burden.

Maybe it isn’t that we need to shut it all out; maybe what we need is to find ways to bring it back together and connect.

If you’re tired of tuning everything out and you’re ready to connect, join our Free Alcohol Experiment. You will receive encouraging and mindset shifting daily videos and emails and an incredible community of 200,000+ people also experimenting with their alcohol intake. It is completely free (and always will be) at The Alcohol Experiment.