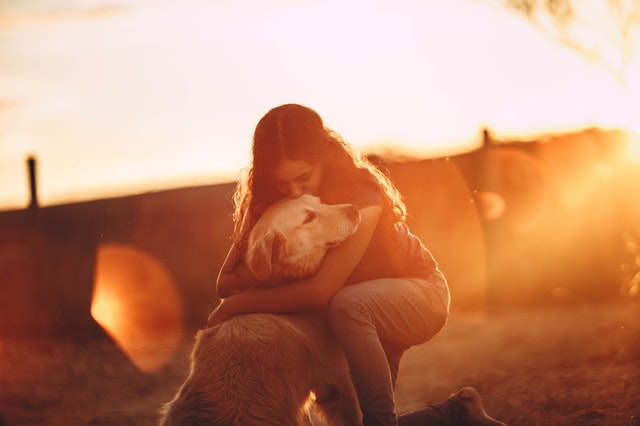 A few days ago, I supported my friend’s family in letting go of their trusted dog.

He had been with them for 14½ years. Tashi had a mind of his own. A character you don’t forget, and yet he was so caring and loving. Protecting my friend in his own way and to the best of his ability.

It wasn’t totally out of the blue when they had to euthanize him but one is never prepared to let go. On some level, we are ready because we see the suffering. Animals are more pragmatic about pain but no one is liking it. He would have required a big operation and she wasn’t willing to put either him or herself through it.

So his euthanasia was scheduled for the next day. This is not a day you look forward to, but you might look forward to the suffering to end. Life has run its course and the body has become more of a burden than a joy. I had supported Tashi before with energy work, and I continued to do so. I held him energetically while he was in the hospital when they did tests to see what was going on and if there was anything they could do to prolong his life, without drastic measures. There wasn’t.

My friends had him back home for the day to say goodbye. I love how they alternated holding him, and he really appreciated spending time with each and every one. Everyone had a special and yet so different relationship with him, or he with them.

I often think about how much people miss out on when they think an animal is just an animal. This isn’t even an insult because in my experience animals have integrity and honesty, and that is sometimes missing in people.

We have let ourselves become corrupted by wanting to be liked. We have come to care more about likes on a made-up platform like Facebook than to show up with honesty. Not to Tashi. He had no FB account, as far as I know. His following was just a handful of people but, as he wants you to know, they rocked his world.

On Tashi’s last day, I offered to take dictations for him. I usually say that I channelled a message, but it would be more precise to say that he dictated it. I get an energetic download and I interpret it into language. You wonder how that works—that makes two of us. I just let it flow through me. In Germany, I had to learn English in school and that was painful. Channeling an animal is easy. I can channel your kitchen table.

What is hard is to be authentic when you tell someone something that you might think offends them. I received a message from a cat on a missing pet poster that he will come back when they stop fighting. I tell people that is me interpreting the information I get from your pet. If it resonates with you and helps you, use it. If it doesn’t resonate, hold it lightly in your awareness as it might come to be true later.

Let’s say, in a channel, I get that something happened on a certain day, but I might not get an exact day, more a description or feeling and you don’t know what the dog is talking about, but with this information, your mind is going through the files and maybe a week later, you remember.

The dog might show me a picture of a big fence but the fence is only four feet tall. For a dog, it appears bigger than for us. Or, a friend of mine got an image of me wearing a red tuque when I was five. I don’t remember, but it is possible that maybe someday I come across a picture with me wearing exactly that tuque.

It is a privilege to be with someone when they pass. If you really open up to the miracle that it is, it can give you a sense of ecstasy but our grief often gets in the way. When I let go of my dog Elmira, the whole room filled with this warm yellow-golden light and appeared bigger. I was high for hours while feeling guilty for not feeling devastated.

In Bali, death is viewed as a joyful occasion because the soul of the deceased is now ready to carry on its journey to heaven, followed by reincarnation. I wish we could see it that way.

For me, life makes no sense if there isn’t reincarnation.

One episode in the Netflix series “Surviving Death” talks about children who came into this life remembering their previous life. Someone told me that he feels like he is getting the same dog over and over again. I am sure he did. Their bond was so strong that the dog reincarnated to be with them time and time again. He just went got a new body and came back to enjoy their company, again. 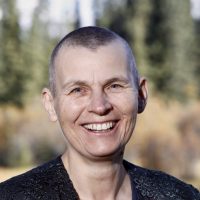