Starting Over with Social Anxiety. 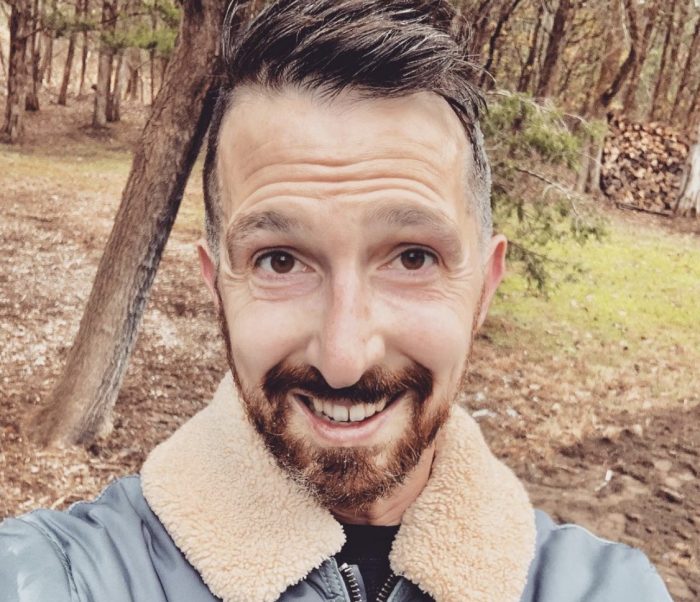 When I first moved to New York City, there was this inside joke about the “Starting Over” house.

Now, for those of you who don’t know, “Starting Over” was this incredible reality TV show where women lived in a house (the Starting Over House) and worked with life coaches on their problems.

One of the life coaches was Iyanla Vanzant, and I’m not gonna lie, I still have a soft spot in my heart for her fix-my-life brand of self-help realness.

Anywho, the inside joke was that we pretended we lived in our own Starting Over House, and my challenge would be to get helicoptered into Times Square during rush hour or New Year’s Eve or something, only to be forced to make it through the crowd to survive as if I were some kind of urban Bear Grylls or something.

The reason this was an ongoing joke was not just because we were obsessed with the antics of “Starting Over” but also because I was obviously not great at maneuvering through crowds or being in large gatherings or just generally being in public.

I didn’t know it at the time, but I have social anxiety.

It would have been helpful to know what I was actually dealing with, but nope, I had to do things the hard way. I boozed it up before going to crowded clubs. Or I would just force myself to suffer through a presentation and sweat through my shirt—like down to my waste sweat through my shirt, which I feel has to be some kind of world record.

Spoiler alert: my friends never helicoptered me into the center of Times Square.

Instead, I boozed and lashed out and struggled my ass off trying to be social and charming. It wasn’t until recently that I finally started calling a thing a thing—social anxiety. And that’s made me finally start reflecting on where this all came from, how it all started. Why am I like this?

Maybe I was born this way. Wouldn’t Lady Gaga be proud?

I still remember being in a car seat in the back of my mom’s dually. After feeding the horses or doing whatever horse people do, one of her friends would inevitably poke their head into the truck to check out the toddler and make goo goo gaga faces, and I would resolutely command, “Don’t look at me.”

I hated it when people looked at me. This trend continued for…oh, I don’t know, my entire life, which is why it’s almost absurd that I became a theatre major and then a professional actor for over a decade. But I don’t think I was ever one of those “please look at me” actors. I was a disappear into the character kind of actor, wanting to vanish more than I wanted to be seen.

My undiagnosed social anxiety didn’t get any better in middle school. I was husky and effeminate when husky was still a thing. But I still managed to have friends and remain popular, I assume because I could make kids laugh. Until the end of eighth grade—that’s when everything changed.

I was running for freshmen class president because I was one of those closeted, overcompensating gays.

Think Reese Witherspoon’s character in “Election,” only husky and effeminate. I hung signs and prepared a rousing campaign speech that was to be delivered to the entire eighth grade. People started defacing my signs from “Clay for President” to “Gay for President.”

This wasn’t a good omen. Then, when it was my turn to stand in front of my peers and make my case for why I should be their class president, the entire gymnasium of middle schoolers erupted in loud boos and jeers. It was so loud, so overpowering, that I could barely get a word in. I mumbled something about voting for the person they thought would do the best job and meekly took my seat.

When I finally got out of rural, Ohio, and moved to New York City, I continued to receive jeers.

People screamed faggot at me on my way home from work. On two occasions, strangers upped the ante by also beating the hell out of me. Total strangers called me faggot and punched and kicked me. One really big dude even threw me into a parked car, like literally picked me up and threw me.

I think it’s why gay guys have a reputation for speed walking. The faster we go, the less likely the verbal and physical attacks are to land.

So thinking about my social anxiety is complex and layered. I think I’ve always been a measured perfectionist. I’ve never loved a lot of attention. Add to that traumatic experiences where my worst fears about what people thought about me were not only realized but surpassed, and you get a young man who was afraid to be noticed. It makes sense. It was survival.

I’m 40 and a husband and a father and lucky enough to live in a quaint Hudson Valley community where even the staunchest conservative treats me with dignity and respect.

I’m lucky enough to be able to take steps to heal my earlier traumas and build relationships with the people around me because my anxiety no longer serves me. It helps to call a thing a thing, to talk to my doctor about my social anxiety, and to reflect on how that anxiety has protected me and how, more recently, it’s held me back and kept me on the sidelines. 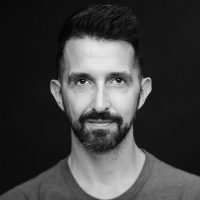 Clay Drinko, Ph.D. is an author, educator, and improv expert. He writes for Psychology Today and Lifehack and is the author of Theatrical Improvisation, Consciousness, and Co… Read full bio