How to Care for our Inner Child (& other Lessons from my Father’s Passing). 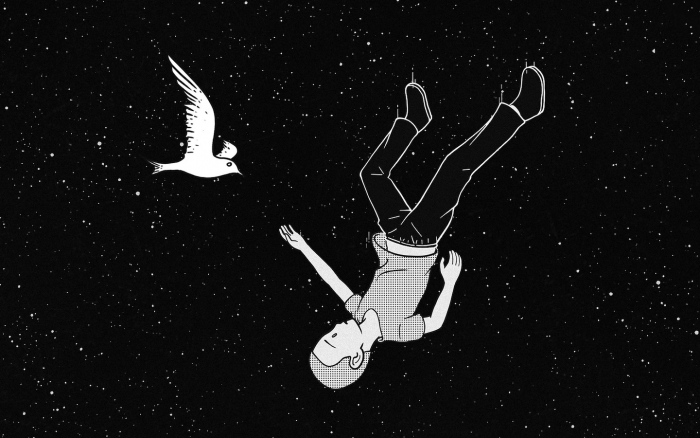 “My heart leaps up when I behold

A rainbow in the sky:

So it was when my life began;

So be it when I shall grow old,

Or let me die!

The child is father of the man.”

The child is father of the man. Don’t let him die.

I’ve been thinking a lot about my late father recently—the way he lived and the way he died, and the many ways he continues to live on within my siblings and me.

It’s coming up to the 18-month anniversary of his passing, and every day that goes by, I notice more things about me that come from him. My favorite sayings. My love of nature and gardening. My independence and need for solitude.

Some not-so-great things too. Like how I always seem to have a bunch of different projects going at any one time.

That was my Dad.

Around our little farm, he was always in the middle of 100 different projects that were in varying stages of incompleteness. I think it helped him get up in the morning—knowing there were so many things that needed his attention.

Then there is my goofy side. The part of me that sometimes embarrasses my own kids.

Yes, I get that from him too.

My father was a rare mix of deadly seriousness and slapstick humor. One moment he’d be going around the house making dour pronouncements about the “forces of evil” that were trying to get the better of him. The next moment, he would toss out a witty one-liner that would leave the room in stitches.

That silly side never left him, even at the end. I remember sitting by his bed in the hospice a few days before he died. He wasn’t speaking or eating at that point and was wasting away to nothing.

But when one of his grandkids came into the room and called out, “Hi, Poppy!” his hands went up in feigned surprise. It was that unmistakable goofy smile he’d give us whenever we walked into the family room at home. That smile cheered me in a way no words could.

I also remember him telling us—all of us gathered around his deathbed—that it was okay.

“Don’t take this too seriously. It’s just another phase.”

That’s the definition of a father, right? To encourage and guide his children, to the very end?

Wordsworth tosses the whole father-child thing on its head. It’s not that the father begets the child, who then grows into a man, at which point the child is no more.

No. It’s the child who continually gives birth to the man. The man who retains his childlike wonder and joy at the simple things in life, like a rainbow in the sky, is a truly alive man.

When we lose our father, he continues to live within us. But when the father loses the child within him, the man shrivels up and dies. He can’t be a good father—a good husband, a good worker, or citizen or anything, really—because he’s become a lifeless, joyless shell.

When you feed your inner child, he feeds you; he brings you joy.

I think of this sometimes when I see or hear people who are consumed with negativity. You know the people I’m talking about. They’re energy vampires. They only seem to see the negative in the world.

They complain incessantly. They are consumed with worries about money, health, or relationships. They feel they have been wronged or short-changed by life in some way.

It’s hard to get these people to smile, let alone laugh. If they do ever let out a spontaneous laugh, they stop themselves quickly. How can they smile or laugh when life is so damn miserable?

Then there are people like this 101-year-old grandmother who finds sheer delight in tossing a snowball.

It’s been a few years since this video was posted, and I don’t know if this woman is alive anymore—likely not—but even if she isn’t, I have to imagine she continues to radiate joy in the lives of those who were fortunate enough to know her.

Does your heart leap up when you see a rainbow during a summer storm?

Do you wonder where the rainbow comes from, where it ends, and what it would be like to stand in it—bathed in that spectrum of colors?

Do you love the smell of the rain after a storm has passed, and the way the hot road steams, and the way everything seems washed and fresh as if the world has taken a bath?

If so, your inner child is alive and well and bringing joy to your world and those around you.

If not, does your world feel dark and gray?

If you don’t even bother looking for rainbows because you’ve “seen plenty of them” or you’re “too busy” or whatever—well, maybe it’s time to start paying attention to your inner child.

Stop ignoring him. Stop pushing him away. Take him by the hand and lead him out of the dark room that you’ve confined him to. Sit him down; give him a big hearty breakfast; tell him you love him, and then take him outside into the bright light of day to play.

I guarantee you’ll feel better if you do.

And during dark, heavy times like this in the world, don’t we all want to feel better? 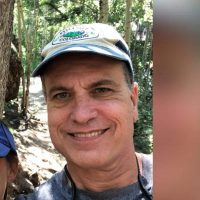 James Brian Kerr is a writer and blogger who lives and works in the Endless Mountains of Pennsylvania. His fiction, essays and poetry have appeared in the Sewanee Review, Red … Read full bio