The System is not Designed for us to Feel Safe enough to Heal our Traumas. 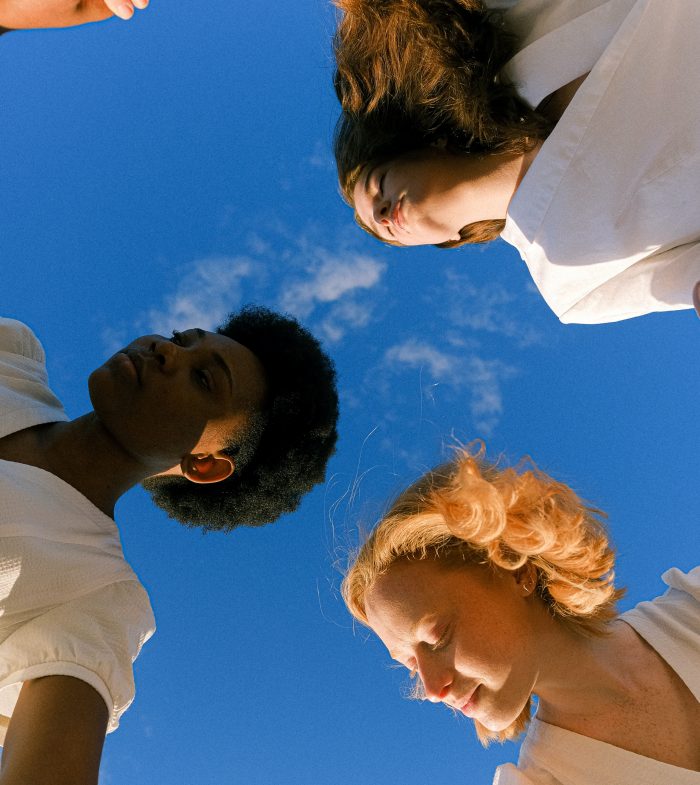 The allure and pull of the darkness and the pain is real when it comes to trauma.

It’s tempting, familiar, and comforting—the known quantity of the pain, numbness, and oblivion is safe and comfortable.

The experience and rawness of healing through trauma and feeling things is not generally talked about or seen—it’s a messy, intense process that makes me feel as if I am going to shatter into a million pieces from the agony and ecstasy of feeling much that is often calcified and hasn’t been safe for so long.

When the parts of ourselves that we numb and avoid for so long come up, it is a challenge to sit with and meet them as they are without merging with the guilt, shame, or fear, to attune to the part that so deeply needs to be seen and metabolised.

The clarity, sharpness, and raw nature of it is real and searing; it often feels so difficult to go deeper into the self in a society that seems to benefit from us being asleep and profits off our pain. It is easier to focus on something out there rather than what is in front of us.

The peaks and troughs of my own grief, rage, anger, sadness, yearning, and feelings flow more easily when I don’t numb them or censure. The searing sense that no one else understands, or that I am the only person struggling and grappling with “big” stuff tends to wane and abate when I attune to myself.

As the intensity and pull of my demons and the pain begins to ease, I see more clearly (and without the scrim) that everyone has something at the moment, and the intensity of the last year is not easing for many of us.

We don’t know how to meet ourselves (or others) where they are at, and instead, we project our unprocessed stuff onto external events, people, and things, and often try to soothe ourselves in unhealthy ways through being busy, numbing, people-pleasing or performing in order to feel better, seen, validated, or valued.

So much of the cultural malaise of the Western world at the moment seems to be this sense of there never being enough of anything, both internally and externally—the sense that we are never enough or not doing enough, that we don’t have enough time, money, things…and it seems to stem from a sense of emptiness, loneliness, pain, or a form a hunger that most of the western world seems to have to some degree or another.

The allure of finding a solution out there, externally, is wired into us on such a deep level—we are trained to believe that we will feel better, or more validated, or will have “arrived” when something external happens. It’s the “ping or high” of the cortisol release; the first emotional addiction that many of us have without knowing it.

The unprocessed rage, grief, uncertainty, regret, guilt, anger, sadness, desire, and shame swirling collectively at the moment appears to have created a haze and fog of heavy unprocessed emotions that have settled over us, and are coming out sideways for many of us, both personally and collectively, triggered by unlinked events. It feels that our society is not safe for emotions and grief, and the realness of heavy, hard emotions that are so present for most of us at the moment.

So many of the issues in our world and our societies are stemming from systems and institutions that are not fit for purpose, and don’t serve the needs of people but of the system—and the system is not designed for us to feel safe and present and alive. Society seems to be constructed so that most of us are running on a treadmill to survive, often with a churning sense of fear and emptiness that seems to underlie most of our waking hours.

The need for a different system is clear and present, and never more so than now in the wake of COVID-19, when the emotional cracks and gaps in our society and culture have become canyons and crevices. This system that hurts so many of us has to change.

The unseen (and often invisible) force of trauma, on all levels, appears to be a compelling force that keeps us individually and collectively looping. Our needs need to be seen and acknowledged, and the priorities of what we want as societies need reexamining.

It isn’t easy for people to access real help that allows them to feel safe, to grieve, to heal, and to grow—in a way that does not further damage or strip away their dignity, and allows people to have agency and choice over their own lives, so that people and society can grow, mature, and we can ultimately show up in service to something greater than ourselves.

My own experiences suggest that it is damn difficult, almost impossible for many people to climb out of the deep, heavy, and awful state of their lives due to fear, panic, and lack of help. Living in a constant state of fear and fight or flight narrows people’s ability to think logically or make good decisions, and until that is seen and acknowledged, right at the highest levels, the current status quo is likely to remain in effect.

When people are in pain and there is no apparent way out (and they don’t have the bandwidth to see the consequences of their actions or access to help) no amount of articles, studies, theories, or ideas will change the deeply etched and held patterns of pain, trauma, and grief until they have support.

What becomes of the broken hearted is so evident in our societies and systems. It is time for acknowledgement and reform in the way we see and acknowledge heartbreak, grief, trauma, wounding, and distress. Policy changes, support, and funding for emotional and mental health need to be at the heart of our systems and societies.

Katrina is an observer of life, society, and our current systems. She thinks that there is a better, another way to contribute to a flourishing world. … Read full bio