The One Way “Community” is Damaging Society & our World. 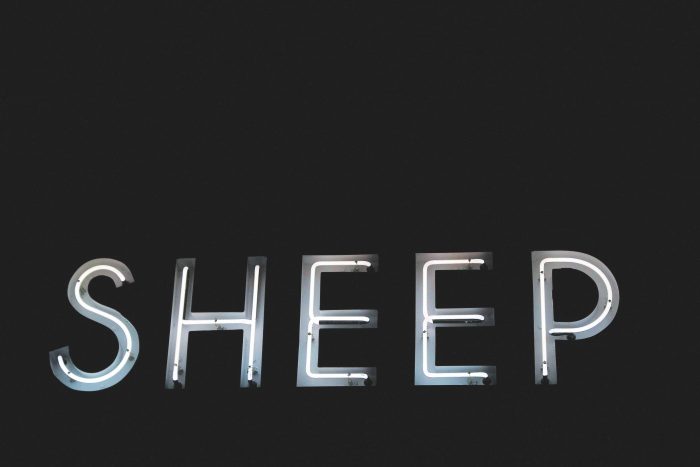 “On matters of style, swim with the current, but on matters of principle, stand like a rock.” ~ Thomas Jefferson

Blind obedience, or deindividualization, is when people do what they are told regardless of whether they believe what they are doing is morally, ethically, or legally right.

My fascination with this concept was triggered while participating in an online group last year. It was so apparent that the person who assumed the role of leader simply decided that it was the way it was. No assignment, no vote. Just this one person’s decision to “lead.”

A program that I watched about an elite private high school beautifully outlined blind obedience—albeit, the situation at the school was a bit more blatant than most group dynamics.

When one girl entered into the school on a scholarship, a boy she had been friends with for most of her life explained to her the hierarchy: children of the wealthiest families—old money—do as they please; no one questions them, no one stands up to them. Children whose families earned their wealth from stocks or real estate were second in the chain of command and authority. The children of the parvenu—new money—were third in line, and those who came into the school on scholarship were at the bottom. The nobodies.

In this case, one male student (of course, from old money) had decided that he was at the top of the food chain. No one had appointed him, and no one dared challenge him. He would physically injure, or make life a living hell for anyone who did not honor that role.

The girl was told that unless she wanted to be bullied (or worse, kicked out of the school), she had to go by the unspoken rules.

The damage in these dynamics is that when we are unaware or simply turn our heads in blind obedience, we continue on the same path of group dysfunction. The damage is that we fail to grow as a society.

The blind establishment of unquestioned “leadership” occurs without communication. Assertion of power is covert—obtained through behavior and body language. Often gossip is used as the weapon of choice for disarming the group. As a result, those in the group who may have actual leadership skills tend to turn their heads when these type dynamics build, further enabling it to happen.

I’ve experienced this so many times, I cannot count. Much like the school story, many times when entering a group, I find this unspoken push to abandon my individuality in order to be a part of the herd. It has even happened in supposed evolved new-age groups. From guru groups to yoga and meditation classes, parent groups to coaching courses, it’s there. Have you ever noticed it? I’ve often found that group administrators who say they want authenticity, questions, discussion, and individuality really just want followers.

Over the years, I’ve continued to be fascinated with this aspect of social psychology. I’m fascinated by group dynamics and this unspoken hierarchy that is instantaneous when entering into a group. I began digging more and more into it, and that digging became a bit of a self-excavation.

I discovered that I’ve always had a hard time with deindividualization, or the loss of self-awareness in groups. Its been a huge turn off. So much so, that I tend to move away from it. I refuse to play into the unspoken power dynamics that people assign to themselves just to be a “member” of a group. I do not submit to this person being the leader just because that person wants or decides it (even if only at a subconscious level). I don’t follow unless I feel good about the dynamics set up in that group. People have to earn my respect.

“Most of us opt to fit in rather than stand out.” ~ Adam Grant

Personally, I feel this energetic control and hierarchy, but don’t put much energy into it because I am not a conformist. I’m not following the unspoken rules. In fact, most of the time, I am not aware of what those rules are. My desire to keep my individuality is stronger than my desire to mold myself to fit in. It always has been. It’s automatic really. It’s also, apparently, noticeable to others. Because I’m an individual, despite that it is not my desire to rock any boats, I am seen as a threat. They want me out.

But as a society, we can’t just tell someone we don’t want them in the group. That would be blatant discrimination. So people have learned passive-aggressive ways of taking care of those who are not following the unspoken rules—blind obedience. This has been going on for eons. Those who want the lead continue to get it. They show up with strong energy that is noticeable. They do it by knowing that people had rather “belong” to the group than to rock the boat.

It is the people who raise questions to the group, who bring up the subtle energy plays, and who review the actions of a non-elected group leader that create a change in the world.

As we have seen throughout history, deindividualization can have severe negative effects on individuals and nations—the world, really. If we lose our sense of ethics, or ability to think for ourselves and question authority, we are indeed blindly following one person who decided their way, their ethics, their rules were to be the ones to follow.

Where is the individuality, the power, the change in that?

Sit back, observe, remember your individuality, and watch society unravel and evolve.