“Ethnic Food” in America: How Racism & Cultural Appropriation Show Up on our Plates. 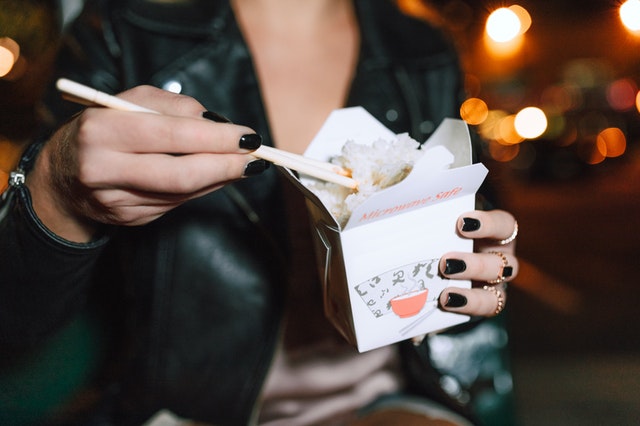 What comes to mind when you hear the term “ethnic food”?

More often than not, foods from the aforementioned countries are labeled as “international,” reserving ethnic food labels to dishes that are budget friendly and generally from countries with dark-skinned populations, like Indian, Mexican, Chinese, or Ethiopian.

But the term “ethnic” simply means a population subgroup with a common national or cultural tradition. So why do some cultural foods fall into this category while others don’t?

I’ve done quite a bit of research about the integration process of many cuisines as they made their way into American culture.

Here’s what I found: when foods from other countries are first introduced to the United States, they tend to undergo a similar chain of events.

Chinese food is a really great example to understand the ways in which a cuisine comes to be accepted in the United States. During the 1800s’ gold rush in California, Chinese folks began immigrating to the States. Naturally, their Chinese cuisine followed. In the 1870s, there was a big economic downturn, leading to a general disdain for the Chinese who were here trying to make a living. A law forbidding Chinese immigration was passed in 1882, literally named the Chinese Exclusion Act.

During this same time period in New York City, a group of adventurous bohemians—the equivalent to our modern-day hipsters if you will—started exploring Chinatown for unfamiliar and thrilling treats. They somehow had a substantial effect on the population, because their findings began to spread like wild-fire.

Eventually the U.S. government began allowing high-end restauranteurs to come over. The Chinese Exclusion Act was still in existence, but this presented a loophole of which many Chinese took advantage. New restaurants popped up everywhere and within a 10-year span, Chinese places in N.Y.C. tripled, with the dish chop suey being one of the most sought-after meals. Lo and behold, chop suey was invented in America, solely to appeal to the American palate. It translates to “odds and ends” or “leftovers,” and is referred to by some as the biggest culinary prank one culture has played on another.

Next comes 1972, when President Nixon was viewed on television eating a proper Chinese meal with Chinese politicians in China. Chinese food exploded. Chinese cuisine is now extremely near and dear to our hearts—this can’t be denied. There are approximately 45,000 Chinese restaurants around the country, more than McDonalds, KFC, Pizza Hut, Taco Bell, and Wendy’s combined.

That being said, Chinese restaurants are generally pretty consistent. They tend to be a hole in the wall, have a diner vibe, and do most of their business through takeout or delivery. Think about it. How often have you gotten dolled up, gone out on the town, and dropped $100 on a fancy dinner at a Chinese restaurant? Chinese food fits snuggly into the way we perceive the world of ethnic cuisine.

Ethnic cuisine makes us feel multicultural; we get in on the excitement and get to feel hip to the world, but instead of a plane ticket, all we do is fork over a few bucks. We want in on the action, but we want it from a safe, comfy place—that comfort being flavors that are just different enough to feel exotic but familiar enough to be widely accepted. For many (not all!) it isn’t about actually experiencing another culture’s food; it’s about taking part in a movement that feels alluring and exciting and makes us feel included. In the book The Ethnic Restauranteur, author Krishnendu Ray states, “We want ‘ethnic food’ to be authentic, but we are almost never willing to pay for it.”

In 2005, Anthony Bourdain gained national fame when he began starring in the show “No Reservations.” He went on to grow an insanely huge following, and he opened up the hearts and minds of Americans everywhere to the world of travel and food. Now as with everything, this had positives and negatives. More and more people got curious about other cultures and the food that can be experienced. On the flip side, trying these foods became the hot new thing, and for many, just another thing to be conquered instead of truly appreciated.

One definition of racism refers to prejudice, discrimination, or antagonism directed against someone of a different race based on the belief that one’s own race is superior. I know the vast majority of us would deny having these thoughts, but is it not reflected in the way we scoff at the idea of dropping a large sum of money on tacos, Pad Thai, falafel, or egg rolls, but we are happy to enjoy extravagant meals at French or Italian restaurants?

I read an interview about Ba Bar, a Vietnamese restaurant and bar in Seattle specializing in a high-quality pho, made from all-natural and local ingredients, which takes the chefs 24 hours to make. Their Yelp page is packed full of people praising the delicious pho, but equally packed of complaints about the $12 price tag. Just down the street, no one complains about the $18 price on a bowl of Italian noodles with butter and sage.

With world travel having become so popular and America becoming increasingly diverse, the restaurant scene does naturally follow. There is increased demand for foods that don’t fit into the typical American stereotype. Because of this demand, many restaurants have white chefs creating menus that “elevate” an ethnic cuisine. When this happens, we’re okay with being charged $15 for a dish. Does this really feel right?

In recent years, social media has boomed and drastically changed the way we experience the world, especially when it comes to food. Naturally, it has shone a light on the subtle and underlying racism taking place in the food world. Most times, this doesn’t come from a mean place, but it results in the exploitation of entire cultures and their food or traditions.

When looking through Instagram, Asian foods tend to be highly stylized with bamboo props or chopsticks. The hashtag “#ethnicfood” on Instagram results in a variety of beautiful dishes, though none that come from countries with predominately white populations. Andrew Zimmern, a famous American chef, fed into these stereotypes with his Filipino Short Rib recipe pictured with chopsticks. Filipinos do not use chopsticks.

Just so I’m clear, it isn’t the isolated term “ethnic food” that is bad or portrays any negative connotations; it’s the way we choose to use it and the way we treat the food we are referring to. These days, America is incredibly divided. Food has the power to serve as something to unite us.

We need to break away from the idea that white cultures are the base standard in America and in the media. We need to be more thoughtful about how we speak, how we perceive, and how we approach food from different cultures. Question everything, especially yourself. 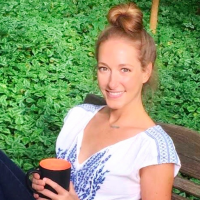