We don’t need Drugs to have a Spiritual Experience—how Mindfulness Meditation took me Deeper.

How Mindfulness Meditation took me Deeper, to a Spiritual Place.

I use it in my work in London as a hypnotherapist, and I have gained a lot, personally, from mindfulness over the years.

I’m not quite sure how it all began.

I do recall that about 12 or 13 years ago, I had a flatmate who was really into meditation and we would talk about it a lot. And then I went to some silent retreats for meditation as well.

Over the years, I have aimed to make meditation a daily practice. And I still do today, with some days meditating for about 15 to 20 minutes in the morning. Other days, I miss it out, preferring to do some yoga and occasionally some dancing, which is a lot of fun.

For me, the most important part of meditation is really connecting and being more aware of bodily feelings and sensations. It’s really about moving away from the head and into the body. This is sometimes, for me, really difficult to do since I’m one of those people who is a bit of an overthinker.

Also for me, meditation came along as a way to deal with anxiety and stress. In fact, about eight years ago, when I made a move, leaving living in Israel and moving to the United Kingdom, I had a number of panic attacks. I think it was then that I started using mindfulness and meditation as a way to just simply feel more grounded and calm.

Over the years I’ve used a number of meditation apps. I also really enjoy learning and listening to meditation recordings. In particular, there’s a wonderful website called Dharma Seed. This has plenty of Buddhist meditation recordings. I think it’s Buddhism and its teachings that I found extremely insightful and helpful on my journey. This is because, at the same time as my gaining insight into meditation, I was moving away from being religious.

I used to be a religious Orthodox Jew. Now, I still consider myself Jewish, but I’m just not as religious now as I was. On my journey away from orthodox Judaism, I was looking for ways to connect to spirituality. It was Buddhist teachings, in particular, which I found to be insightful in terms of our lived human experience.

What I really want to mention is the powerful spiritual experiences that I’ve had meditating.

Yes, it’s possible that meditation will help with anxiety and take you on a daily basis into a calmer place. But, it’s when I’ve done long silent retreats that I’ve had the great fortune to really connect in a deep and spiritual way through meditation.

On one retreat, quite a few years ago, I remember being in the beautiful gardens of a place called Gaia House in Devon, in the U.K. The whole group was all standing around in the bright sunshine. There was part of the retreat which involved a ceremony, to mark the retreat’s end. At that moment, I was enjoying looking at the beauty and colors of the grass. At that moment, I just had this feeling of a real connectedness to nature.

I felt a real integration with the ground, the soil itself, and the planet as a whole. I had a feeling of wanting to merge with the ground. I also had a feeling that I was completely okay with there being no difference between life and death, really, in that moment. This was a hugely beneficial spiritual experience for me.

Similarly, a few years ago I returned to the same place for another weeklong silent retreat. A lot of the retreat was actually focused on concepts of nature and the relationship between us as human beings and the natural world. I hadn’t even really noticed, but it became clear after a few days that I was beginning to have profound experiences in the herb and vegetable gardens in particular. There was a walled vegetable garden, in particular, and I’d go for long, slow walks there. The vibrant colors of the flowers and even the insects, bees, and birds in the fruit trees amplified my joy and bliss in the summer sunshine.

In the surrounding wooded countryside, I also had this real feeling of union and wanting to merge with the trees and nature in the stillness of the countryside. It was a powerful experience. My feeling of connection with nature on those walks was deep and meaningful. Yet there was a feeling of sadness that complete union with nature and the trees that I was seeing would only be possible at death. I know this might sound quite a strong thing to say, but it was a much a feeling of oneness and spirituality and wanting to merge with nature that was the key part of the experience.

This was all on a silent retreat, in which there were some sharing circles where we could share what we were going through, but no real conversations. So, it was only really on the train on the way home that I sat next to somebody else who was also on the retreat and I explained to her what I had experienced. She said that she and her husband often went into the desert or forest near where they live and ate magic mushrooms. And what they experienced from mushrooms was exactly what I was describing.

What I realized is that it’s possible to have experiences whilst meditating that other people may have whilst taking psychoactive drugs, such as magic mushrooms. In other words, I don’t believe we necessarily need to take those drugs to have deep, connected spiritual experiences.

It’s possible to shed those layers of anxiety and concerns for the world and feel connected to the self and nature through silent mindfulness retreats.

For me, mindfulness is a spiritual practice. Yes, it can be helpful for anxiety and stress, but really when taken at a deeper level, mindfulness meditation is about a real sense of connectedness with the self and with nature in general.

This is something that I take with me into my therapy practice at deep dive therapy in London with hypnotherapy clients.

I believe many of our problems are of a spiritual quality.

We can become disconnected from ourselves, others, nature, and a sense of wonder. Personal development is about accessing a deeper, more spiritual part of the self where all our anxieties and stresses become somehow unimportant. 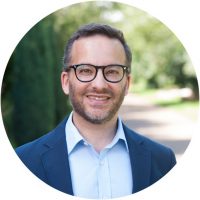 One trap that most people fall into on the spiritual path.